Andy Marshall is Scottish born and Scottish proud. So much so, that when he decided he’d had enough of band life and wanted to branch out on his own, he turned his musical endeavours towards folk-infused black metal, making the traditions, instrumentation, and sounds of his homeland an unmistakably important thematic and sonic component. From 2006-2009, he did it in Askival and when that project ran its course, he did it again with Àrsaidh in 2012-13, delivering a single album entitled Roots before changing the name to Saor (Gaelic for “free” or “unconstrained”) and not looking back since.

As Saor, Marshall, with the help of studio session musicians, has bequeathed four full-lengths of multi-faceted, melodic black metal that absorbs and utilizes influence and inspiration from the Scottish Highlands. As well, Marshall has taken the bolder step of assembling a live band that has made Saor a brightly shining light on the overseas touring and festival circuit. The band’s most recent, Forgotten Paths (released on February 15th), continues the collision of musical traditions, but is spit-shined via experience, growth and lessons learned. We caught up with multi-instrumentalist mastermind Marshall to chat about the virtues of solitude, poetic inspiration and how to cure writer’s block.

At what point in your musical history/background did you decide that the one-man band thing was the way to go for you? What were the major stumbling blocks in getting forward movement happening after your decision to do this solo?
Andy Marshall: I played in a couple of bands when I was younger, but I got tired of all the fickle arguments we used to have about who had the better riffs and how we’d structure songs, etc. It was a natural step to start Saor. I’ve always preferred writing music on my own and I felt that I could progress as a musician and songwriter without other people holding me back. I only knew how to play guitar and bass in the beginning and had no knowledge of recording techniques, so I had to learn new instruments and how to use recording equipment properly.

Saor’s video for the single “Bròn” is pretty rad. Check it out!

What were some of the initial hardships you faced when deciding to go solo? After some time, experience, a few albums, live shows, and tours are the stumbling blocks and hurdles different? Do those original hardships still stand in the way sometimes?
Marshall: They are completely different now. Playing live shows can be a lot of fun but also extremely stressful. I don’t think I’ll ever get used to being rushed around by stage managers or not being able to hear myself on stage due to incompetent sound engineers, but I’m beginning to cope with it a lot better than I used to. Thankfully, we are at the stage now where we can bring our own sound engineer and stage crew to some of the live shows. The most difficult thing about touring is the long distance traveling; it can be really exhausting sometimes.

How long did it take to write Forgotten Paths and how did you end up writing this new album?
Marshall: I had pretty bad writer’s block for a few years after composing Guardians. I recorded some ideas and demos during 2016-‘17 but I wasn’t satisfied with them. In early 2018, I left Glasgow for a while and stayed at my family cottage on the Isle of Skye. Being away from city life and re-connecting with nature really helped the songwriting process and I began writing the material for Forgotten Paths. When I got back home, I put together all of my ideas and everything started to fall into place.

What is the writing process like? Are you pretty much doing it all yourself and showing hired session players what to do? If so, has your experience with session musicians over the years caused you to think about a shift in your process and the temptation of including others in the writing process? If not, has it been a difficult process letting go of the reins and trusting other players to contribute to and interpret your music?
Marshall: I write all the guitars, bass, vocals, keyboards and some of the folk instrumentation. I then forward my demos to the session musicians. I usually have 90% of the drums composed and ask the session drummer to add in their own fills and some of their own ideas. With instruments such as violin and bagpipes, I ask them to come up with their own parts unless I already have something written. It’s never crossed my mind to include anyone else in (the) main writing process and I only work with session musicians I trust and know will do a good job.

The album Forgotten Paths dropped on February 15th, 2019, and was self-released. 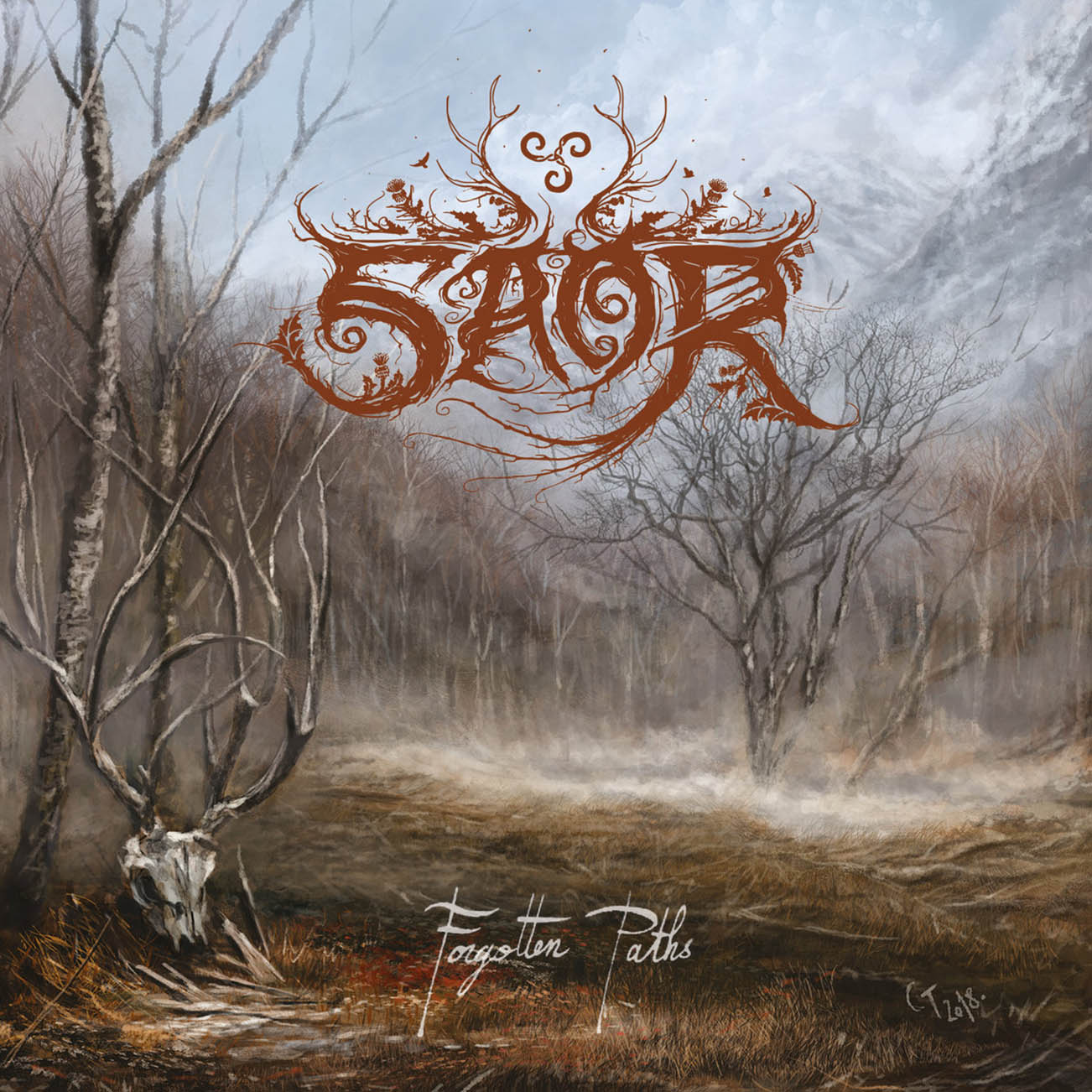 Did playing live as much as Saor has over the past couple of years impact the writing of Forgotten Paths? For instance, did you take into consideration how certain songs go over with audiences, song lengths, track sequencing, etc?
Marshall: It sometimes crosses my mind, but I tend to just go with whatever comes to me naturally. I don’t think I’m capable of writing a song under ten minutes, so unless you are into long, epic songs, you’re probably best avoiding our live shows! We’ve had to shorten some of the older songs because of time restrictions but I don’t intend to do that with the new material.

Considering the amount of solitary work you put into Saor versus the degree to which the band has been fleshed out by a studio and live lineup, has the temptation been there at any point to draft in full-time members and make Saor a full band?
Marshall: Nope, I prefer to do things on my own terms. The proverb “too many cooks spoil the broth” sums up my thoughts on that.

Have there been any specific incidents that have occurred on the road or in the studio that have made you think, “Nah, I’m just going to keep Saor as my baby”?
Marshall: Not really, most of the musicians I’ve worked with in the studio or as a live band understand that Saor is my solo project and that will never change.

Tell us about the contribution of Neige from Alcest to the new album. How did it come to be, what he did, how he did it, etc.?
Marshall: I’ve known Neige for many years. We’ve gigged together in the past and I was also meant to work with him and Roman from Drudkh on their side-project Old Silver Key, however, after the first album they decided to end it. Alcest’s first EP, Le Secret, is one of my favourite releases and it introduced me to post-rock, shoegaze and post-black metal music. I think it was inevitable that we’d both work on something together. Once I had finished the demos, I got in touch with him and asked if he’d be interested in contributing guest vocals to the title track and he said that he’d love to. I then sent him over a rough mix as a guide track and he recorded his vocal parts. I’m really happy with how it turned out!

Was there anything that was done differently during the process of creating the album when compared to the past?
Marshall: I felt that I rushed some of the recordings in the past and I wanted to make sure I had everything nailed before sending it off to be mixed. I wasn’t satisfied with the production on the earlier releases, so I made sure we had more time to mix and master it. There was a lot more time, effort and money put into Forgotten Paths and I’m really pleased with how it sounds.

What is the significance or story behind the album’s title?
Marshall: Forgotten Paths relates to the paths I’ve walked in the Highlands, which have been abandoned and forgotten about for hundreds of years. I was inspired by three poems: “To Exiles” and “Nettles” by Neil Munro and “Mountain Twilight” by William Renton. “To Exiles” is written from the perspective of someone who stayed behind in the Highlands when the majority of people emigrated to the cities and beyond. “Nettles” is based around the emptiness of the Highlands after the clearances and “Mountain Twilight” paints a vivid picture in words of all the colours of a mountain twilight.

How would you characterise Forgotten Paths against your previous records?
Marshall: I think it’s my best material to date, but every musician will say that about their latest work. There’s been a massive step up in production compared to the earlier albums and I think I’ve progressed as a songwriter since Guardians.

Are you ever surprised that the style purveyed by Saor, which borrows from your cultural heritage and lineage, has been able to connect with people who aren’t Scottish? Why do you think that is? Do you consider yourself an ambassador of sorts?
Marshall: I think people have always attracted to the romanticism and the stunning landscapes of Scotland. Films such as Outlaw King and TV shows like Outlander have done a lot for tourism over the last few years and more people are becoming interested in our culture, history and aware of our current political situation. Most of our fans are from North America and have roots in Scotland, so I think my music ignites a passion in them. Surprisingly, there’s not many Scottish metal bands who base their themes around their heritage and history, so I think Saor has its own niche. I don’t consider myself an ambassador but it’s nice to know that my music connects with people around the world and promotes Scottish heritage and nature.

What do you have planned for live performances and tours in the upcoming year?
Marshall: We have a few festival appearances lined up this year at Fire in the Mountains (USA), Karmøygeddon (Norway), Dark Troll (Germany), Metal East (Ukraine), Brutal Assault (Czech Republic) and Frantic Fest (Italy). The Forgotten Paths album launch will be at Saint Lukes & The Winged Ox in Glasgow on March 1st and there’s a few other headline shows still to be announced. There’s also a support slot on a bigger tour in the works, but I can’t say much about it at the moment. One of the exciting things about playing live is getting to see new places, so I’m really looking forward to travelling across the globe this year! 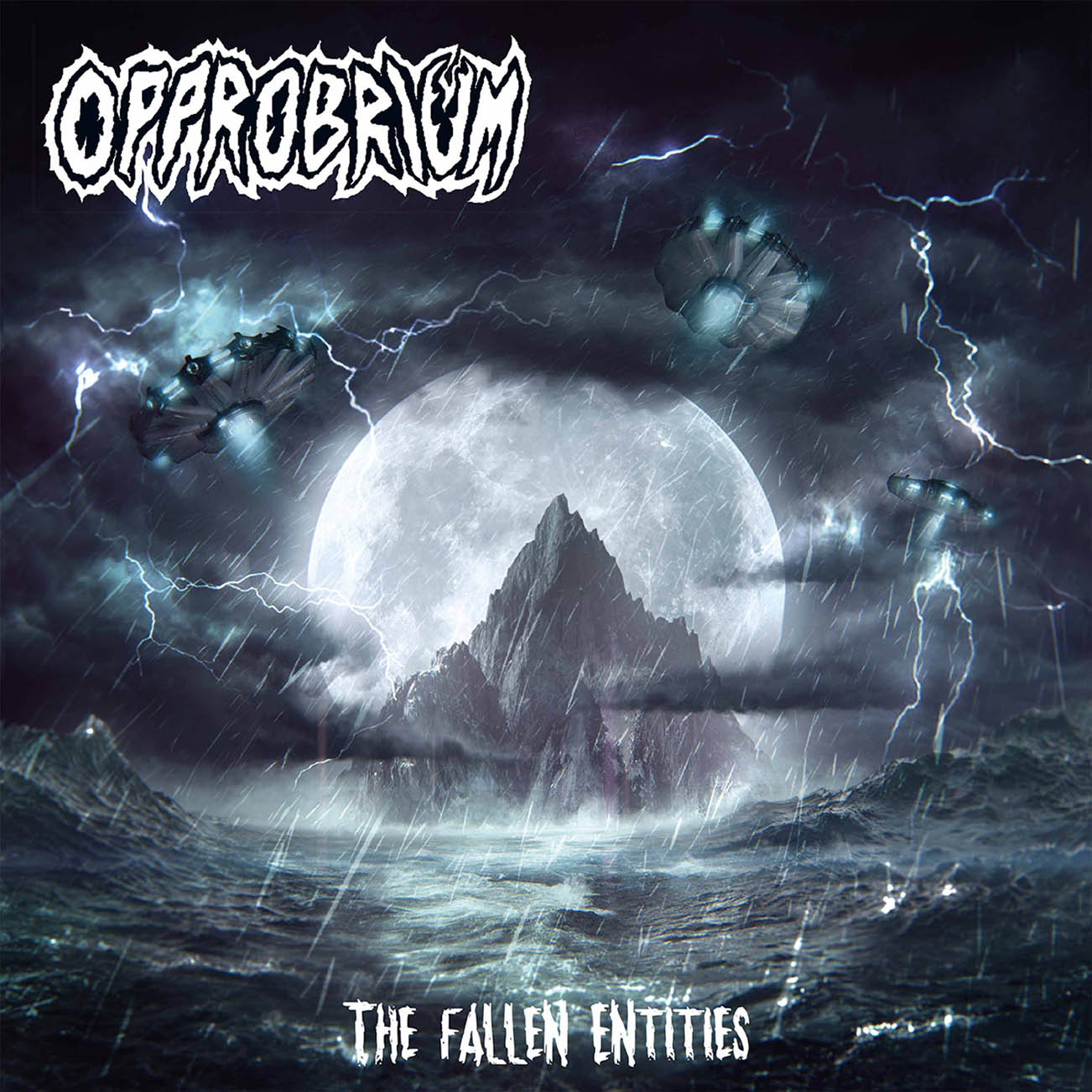 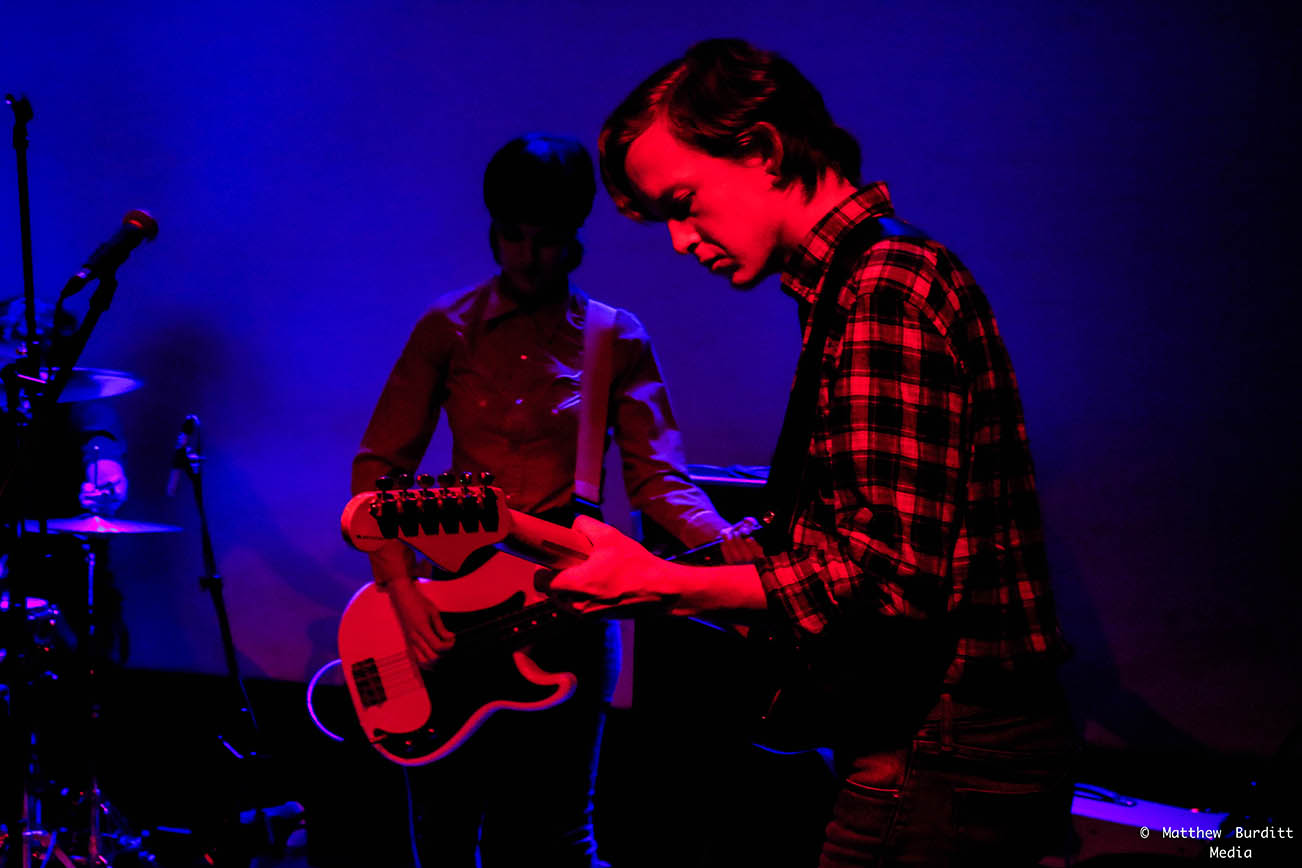