Just looking at the lineup, Bristol knows that tonight’s crowd are in for one hell of a party. Despite the genre-clashing line-up, Powerwolf, Amaranthe, and Kissin’ Dynamite are known for exceptionally fun live shows, and each had their section of fans enticed to come out for a night of rock n’ metal celebration.

Kissin’ Dynamite are the first band on, blitzing onto stage with “I’ve Got the Fire,” filling the room with their hard-hitting brand of eighties stadium rock. For a new band to the UK – they only played their first show in this country last year, funnily enough also supporting Powerwolf – Bristol wholeheartedly appreciates them with bobbing heads and pumping fists as they soak up the multitude of guitar solos and smoking vocals. Lead singer Hannes Braun’s mirthful interactions with the audience are touching to watch as the crowd respond to his enthusiasm with euphoria, and he is visibly, genuinely honoured to be receiving such a reaction.

Miss then show? Here’s Kissin’ Dynamite performing “I’ve Got The Fire” at SWX.

After Kissin’ Dynamite exit the stage to cheers, it is not long before the lights dim for Amaranthe. The milling crowd is proof to the notion that the appearance of the Swedish electro-metal act on this tour is highly anticipated. Bursting onstage with a thumping beat and a cryptic introductory voice-over, the three (!) lead vocalists break straight into “Maximise” amid a riot of smoke machines and lighting. Although erupting with enthusiasm, the vocals are unfortunately slightly muffled across the speaker system, whilst the instrumentation is crisp and clear. They most certainly have stage presence and their crowd interaction is fantastic, but the impact is slightly lost with the indecipherable vocals in amongst the precise instrumentation.

After this unfortunately underwhelming set, theatrical power metal band Powerwolf look set to pick up the pace – in fact, the crowd are chanting their name before they are even on. The atmosphere is electric within this intimate venue. The Germans storm into action with newer track “Fire and Forgive”, and the crowd goes wild as vocalist Attila Dorn addresses them after the first song, amping up their emotions further.

Throughout the show, Dorn’s opera-tinged vocals are spectacular, the guitars from the Greywolf brothers are on form and drums and keys are impeccable as always – Powerwolf truly are in a class of their own when it comes to performances, and their music comes into its own when witnessed live – whether in the classics of “Amen and Attack”, “Blessed and Possessed” and “We Drink Your Blood”, or cuts from newest record The Sacrament of Sin.

Coupled with dynamic lighting, crisp sound and confetti falling from the ceiling through the stirring ballad “Where the Wild Wolves Have Gone,” they always put on a fantastic show that draws metal fans of all stripes. Their camaraderie with the audience is charismatic and full of gratitude – including a heart-warming operatic exercise between the imposing lead singer and the followers of the metal mass gathered before him.

This display tonight shows both Powerwolf and Kissin’ Dynamite in their finest form, proving they deliver one beast of an explosive live show. Bristol well and truly had a headbanging time.

We wouldn’t be doing our jobs if we didn’t add this 3rd live video. This is “Sanctified with Dynamite”! 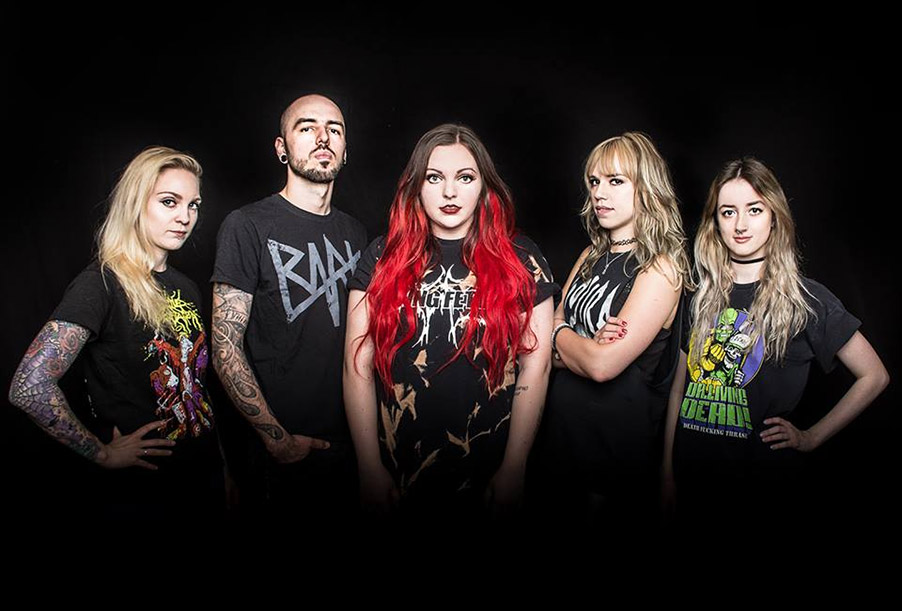 Oi! Check Out the New Video from SISTERS OF SUFFOCATION You “Little Shits”! 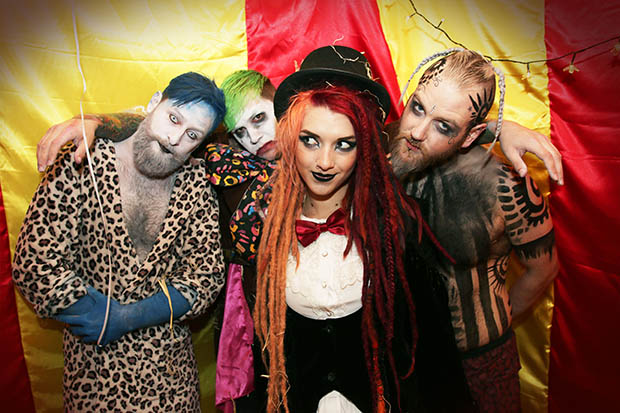 HANDS OFF GRETEL Announce “I Want The World” but Will Make Do with a Skate Park for now!

Glassio – “Breakaway / Everybody I Know Moved To LA” [Single Review]