Where PureGrainAudio writer and Managing Editor, Lav Nandlall, comes from, a town really close to South Africa’s sunny Durban, things are flippin’ cool, narly or kiff. These are all words that can be used to describe the new book she has just published – a children’s book dedicated to the story of metal.

Why a children’s book, and why metal, you might ask. Well, we couldn’t say it better than Lav herself: “Every genre of music tells a story and I’d love for the younger generations to be informed about heavy metal. But it mustn’t just stop there, parents must be able to communicate to children about topics such as identity, sexuality, depression and drugs. Things that are considered ‘dark’ shouldn’t be taboo and we must be open to starting a conversation about it. “Don’t Fear the Dark’ isn’t just about the music – it’s also about the controversies surrounding heavy metal too.”

Lav has grown up in a conservative family (and in some ways, country) which means she has had to fight very hard to be taken seriously as a metalhead. This struggle is even more pronounced because of her petite size and soft-spoken voice, which makes the fact that she wrote a book about metal all the more intriguing for people who live by stereotypes. But when you get to know her, you understand how important this genre has been to her – a saving grace through years of feeling like an outsider. In fact, she has found her voice in being a metal writer and is no stranger to publishing articles about some of our biggest international names. It is a total win that we have her on staff at PureGrainAudio and salute this new undertaking.

A shot of Lav Nandlall and some of her metal collection. Credit to Ruan de Witt. 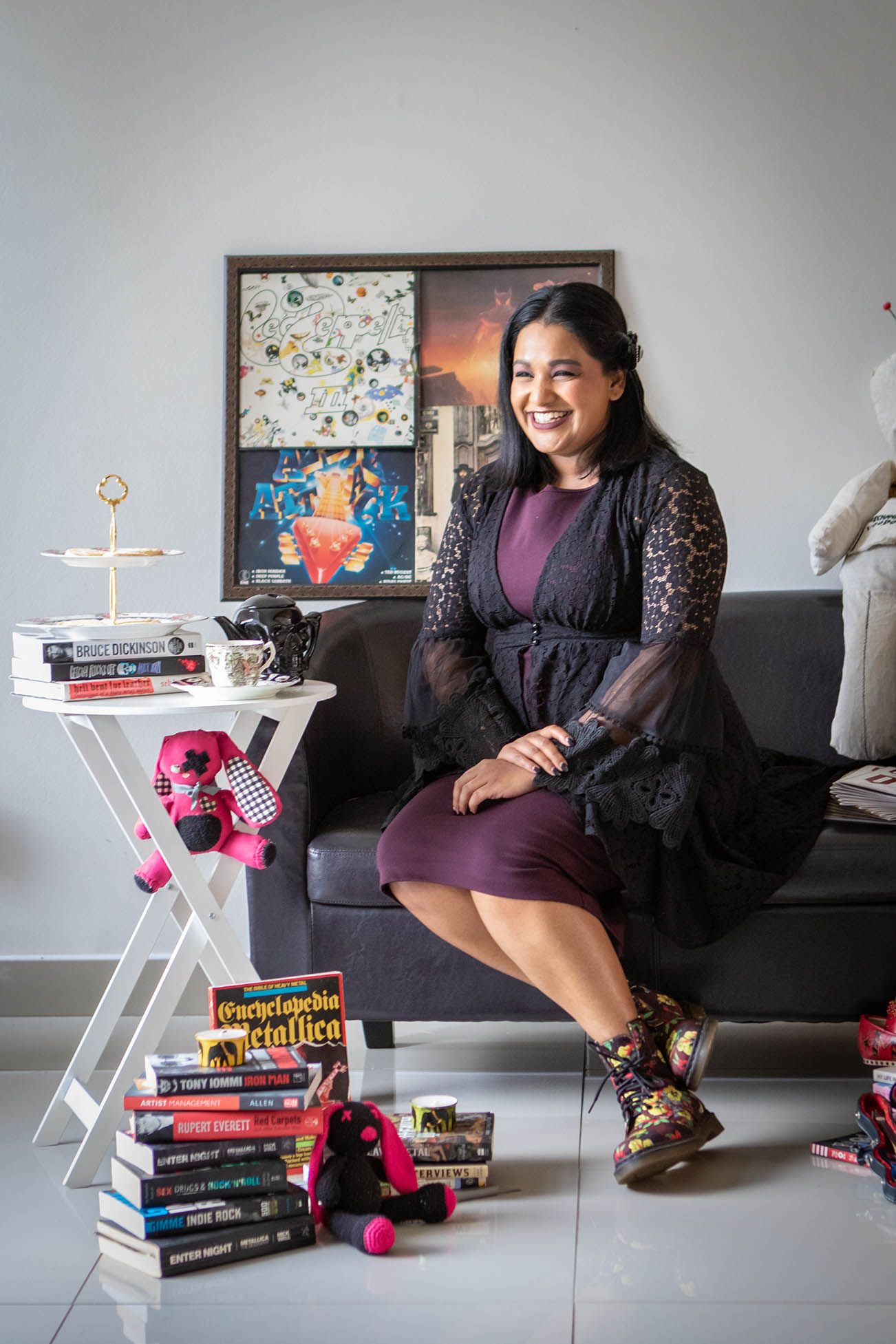 “Don’t Fear the Dark: Vol 1” is the first in the series of what will eventually be eleven books covering the history of metal and the growth of various genres. Like the author, book one is petite, filled with sweet rhymes and the most adorable illustrations. I asked Lav about where her knowledge of metal came from, although I already guessed part of the answer – her years spent interviewing, reviewing and reading about metal. “I have over 200 music-related (unpublished and published) books in my collection. When I was moving house in 2015, I put all these books in a pile and tried to condense as much as possible into little poems. The poems – reworked and edited – formed the basis of what’s now titled ‘Don’t Fear the Dark’.”

While I wouldn’t use these books for bedtime reading to a three-year-old, they would definitely suit an older child – you know those kids at that age when they become precocious and demand everything – but are also in that period where they are finding themselves. We were all there once, starting the journey of drifting from your parents, seeking a new identity and discovering the music that guides you through those rough periods. For all of us reading this, at least in part, metal played that role and we are (or will be) those parents (or aunts/uncles/godparents) who encourage it, rather than view it as something that corrupts our little angels.

One thing I really enjoyed about this book is the fact that the edge of metal is smoothed through the cutesiness of it. The illustrations alone make metal more of a friend next door than something unknown and scary. I asked Lav about the illustrations: “I ‘met’ illustrator Kaylee McHugh quite by chance. She’s a freelance illustrator now living in the UK. She did a fab avatar for a friend and then one for me. I loved how easy she was to work with and her unique style. A few weeks later, I approached her for illustrations for the book. Kaylee used her own intuition and came up with these brilliant chibi-style characters that I’m so delighted with.”

Another shot of Lav Nandlall by Ruan de Witt. 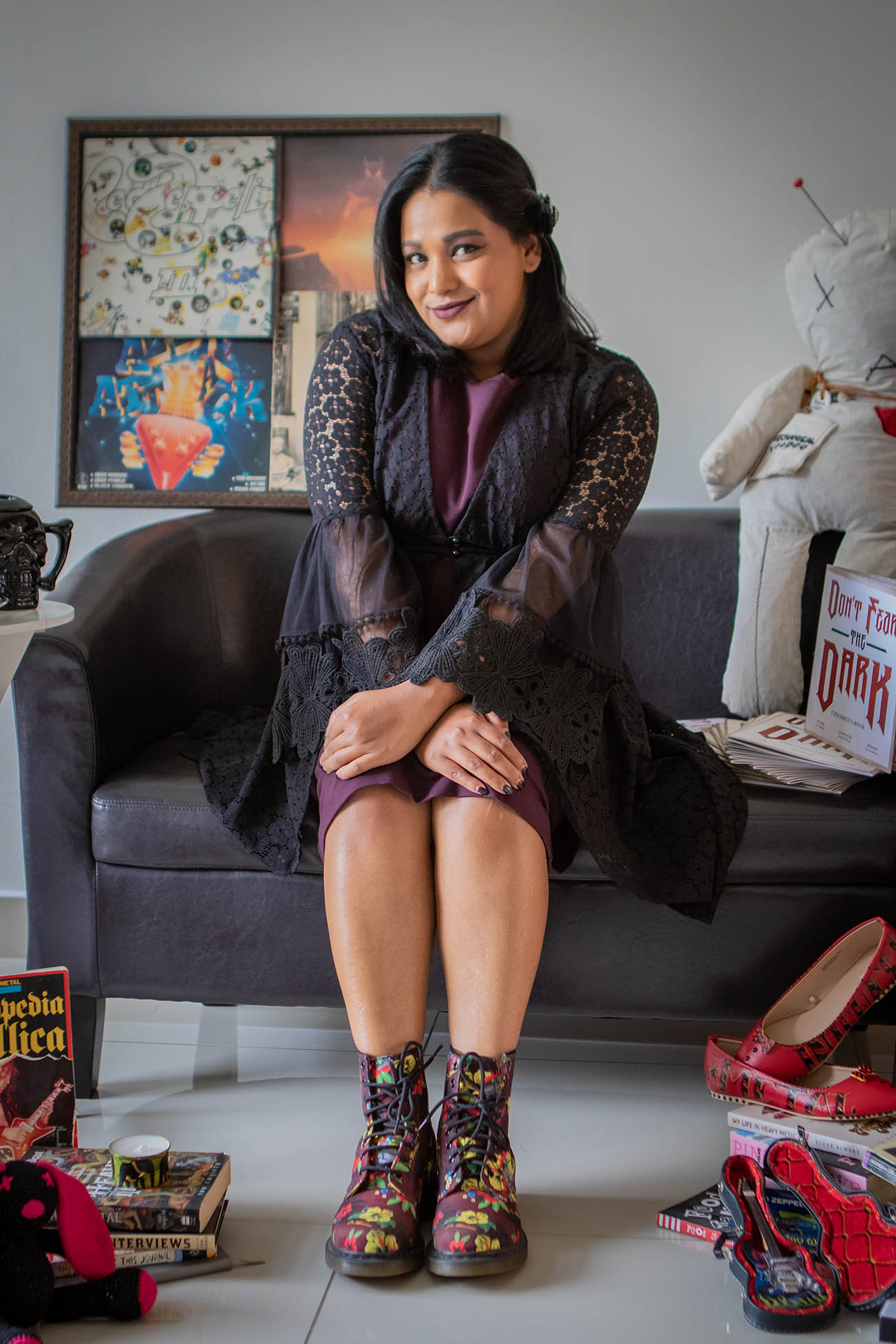 If you wish to buy this book for your small human, or even for a larger one, I would suggest also supplementing it with your own knowledge of metal – and if you have none, then I can’t help you. Having said that, maybe this book will inspire you to do your own reading.

It would have been nice to see more talking points coming out of the book – chances to talk to your children about those difficult topics that plague many metalheads – how it is viewed, how it isolates and how it manifests – but also how it brings people together and can provide a safe space for those struggling with depression and anxiety. I know that these are things that Lav is very passionate about. With ten more books to go, we might be in for a surprise.

We are happy to report that the book is available for pre-orders and is already doing very well! Lav reports that, “[t]he response has been overwhelming! I’m actually gobsmacked by how many pre-orders I’ve received. The most unexpected pre-orders are from Israel and Iceland….Working with Plug Music Agency on PR has been fantastic! I think there’s a niche market out there that’s hungry for reading material.” 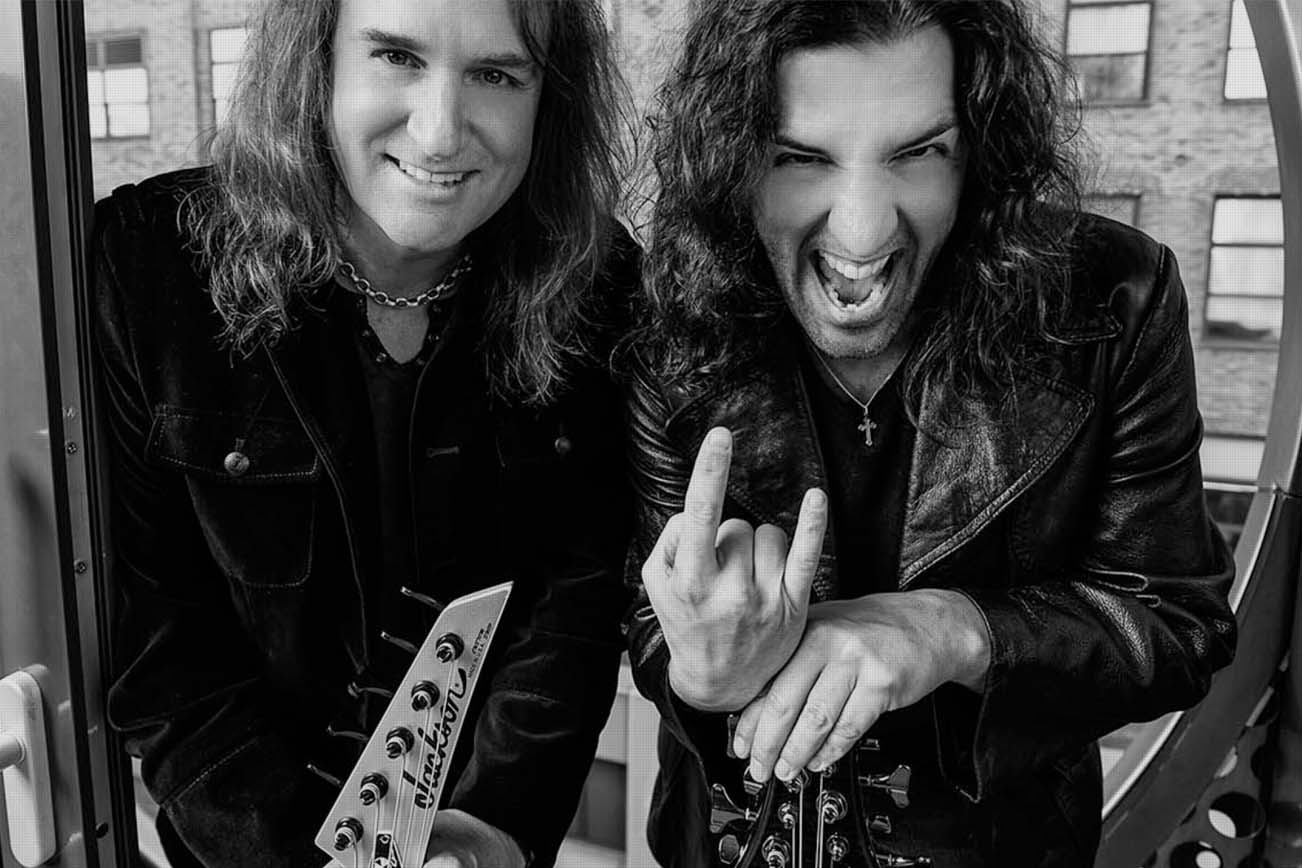 MEGADETH’s DAVE ELLEFSON Talks ALTITUDES & ATTITUDE, Working with FRANK BELLO, and Their New Album ‘Getting It Out’ [w/ Audio] 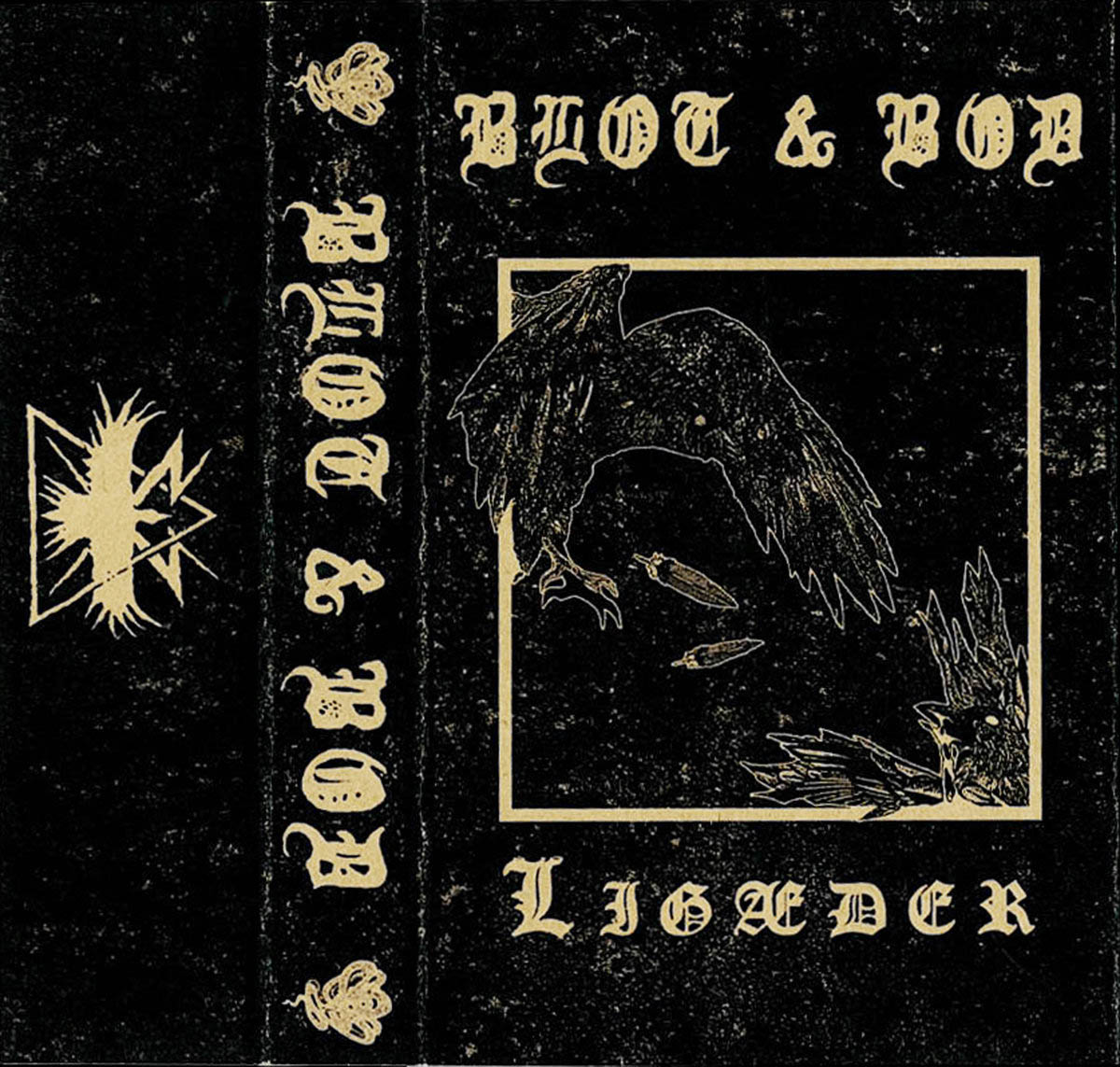