Groove metallers Incite have just unleashed their new album, Built to Destroy, and been confirmed for a main stage slot at this year’s Bloodstock Festival so now seemed like a good time to catch up with frontman, Richie Cavalera, to talk about all of this and more.

Tell us a bit about Built to Destroy. What has inspired the material and is the track “Ruthless Ways” a good indicator of the direction of the album?
Richie Cavalera: Like most of our records, they’re inspired just from life and living the daily grind. I think all of our records try to focus on current events in our personal lives and the world. I think “Ruthless Ways” definitely gives you a good idea of what to expect on this album, but at the same time, this record has a lot of surprises and twists that the listener will notice as the album continues. To me, it’s our most advanced and grown up album to date. It’s the sound and style we’ve been wanting since starting this band.

What has inspired the album lyrically?
Cavalera: To me I’ve always wanted our albums to be real and relatable for people. I’m not big on fantasy or fake topics as far as lyrics go. I live a crazy life just like everyone else. I have relationship problems, struggles with bills, fights with friends and family, not to mention I travel a lot so I see the really fucked up shit this world puts many people through. So with the album I wanted to show people that others go through the same shit and that they’re not alone. It’s about letting out all the aggression and frustration that’s part of being alive.

Read our thoughts on the new album ‘Built to Destroy’ here. 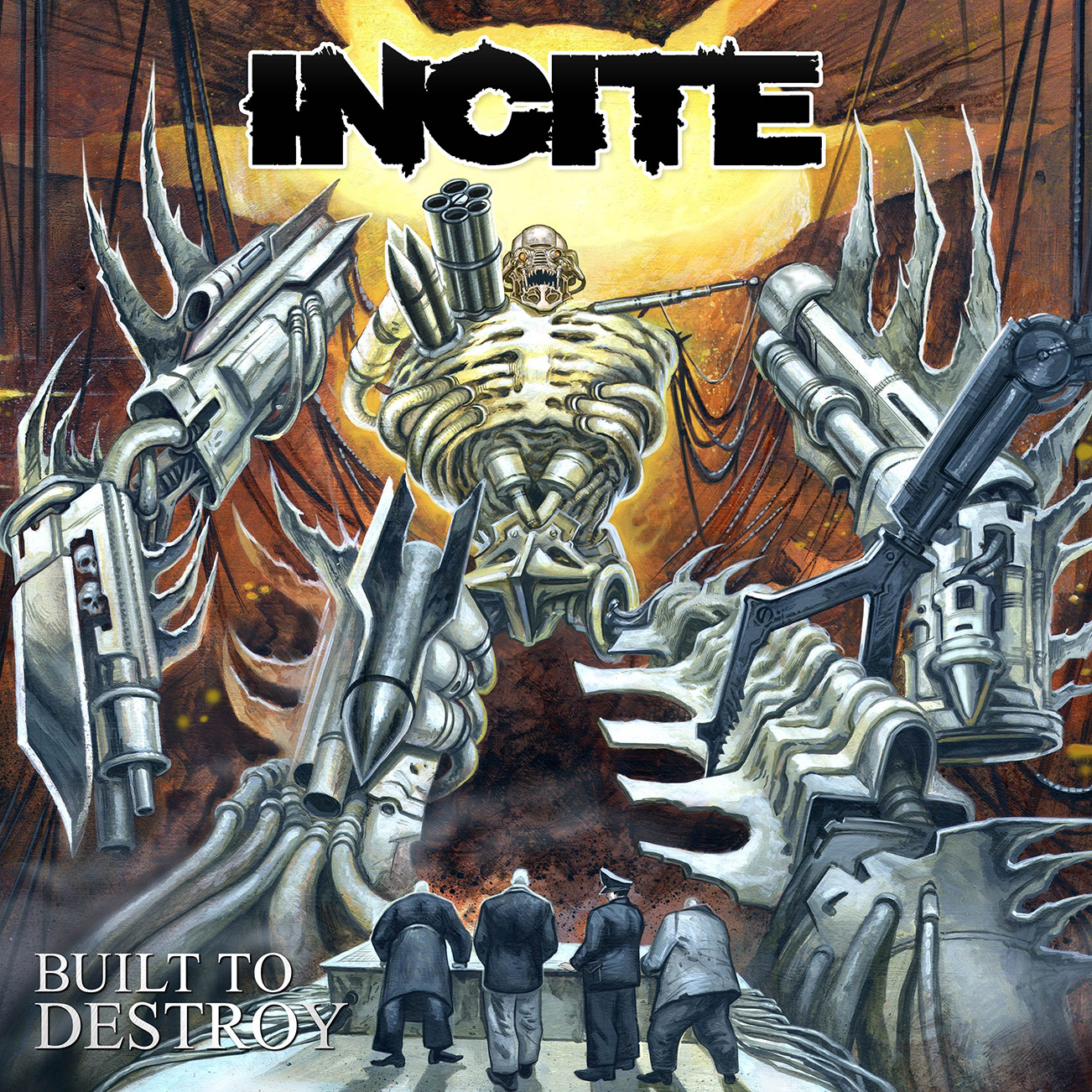 Tell us about the sleeve artwork.
Cavalera: Yeah, it was designed by Andrei Bouzikov, who is bad ass! He’s got such a modern yet old school vibe and really hit it out of the park with this artwork. The title and cover is kinda how the band feels right now. We’ve been through so much and I feel all of it prepared us or built us to destroy, to take on the world. We grew up in the early days of Metal when a cover was just as important as the music and with our music and everything else, we’re really influenced by the 80’s era of heavy music.

The Cavalera connection is always going to be linked with the band. Do you get much guidance or advice from Max & Igor or anyone else in the Cavalera family?
Cavalera: No man, we really set out when we started this band to do it on our own, with no hand out, no nothing. It’s fulfilling to know your own hard work and dedication has led you to where you are. The connection will never bother me, I’m honored to carry the Cavalera legacy 20 years into the future, while being an advocate for heavy music.

What have you learned from watching Max and Igor and how they handle their business?
Cavalera: Not really much from their business, more from their live shows and hard work ethic. They tour and give their all, so for me that was a great thing to watch and learn from. I also learned to never expect things or take them for granted. Music is ever changing, so watching them I’ve learned you must evolve and constantly push yourself to new levels, to maintain your career.

Does touring with them mean you have to rein in your behaviour on the road?
Cavalera: Oh hell no! I treat it just as any other tour. I am here to do thing my way, not how anyone else thinks I should be or behave. I’ve had some of my most wasted moments on tours with them (laughs)!

“Resistance” is futile so just sit back and enjoy this awesome video from Incite.

You’re a band who can sit comfortably touring with the bands like Soulfly as you can sharing a bill with a band like Gorgoroth. That must put you in good position in terms of being available for most tours that come up. Who is on your bucket list of bands to tour with?
Cavalera: Yeah, we’ve always felt like we could play with any band, like you mentioned. First we toured with Gorgoroth, then went right into a tour with Ill Nino. Talk about 2 different worlds! But we’re able to get the same energy and respect from the fans of the different genres of music. We are just heavy and really hard to pin down into any one category, so I think that really gives us an advantage in who we can tour with.

You’re set to open the main stage at Bloodstock this year on the Friday. Do you enjoy the festival experience and what should the Bloodstock faithful expect from your set at Catton Park this year?
Cavalera: I’ve always loved the European/UK festival scene. It’s like nothing on earth. I’ve definitely waited patiently my entire career to finally play one of these huge festivals. I want the Bloodstock crowd to be ready to burn and shred! We are going to hit that stage with possibly more energy and metal than anyone that’s ever opened there! 8 circle pits going off at once, we hope to set the bar very high!

Who else are you looking forward to catching at Bloodstock when you’re here?
Cavalera: I’m dying to see Scorpions! I’ve always been a huge fan and to see them on a festival setting is going to be insane, also Anthrax and Dimmu Borgir will be awesome as well. They definitely put together a solid line-up so far.

Finally, good luck with the album and the touring! Just to finish, what do you think Incite and Built To Destroy can offer the hardened metal fan in 2019?
Cavalera:A metal band that doesn’t fuck around! We give you all we have, every night and every album. You will never feel a vibe like the one INCITE gives you. A big fucking metal party! Keep it heavy. 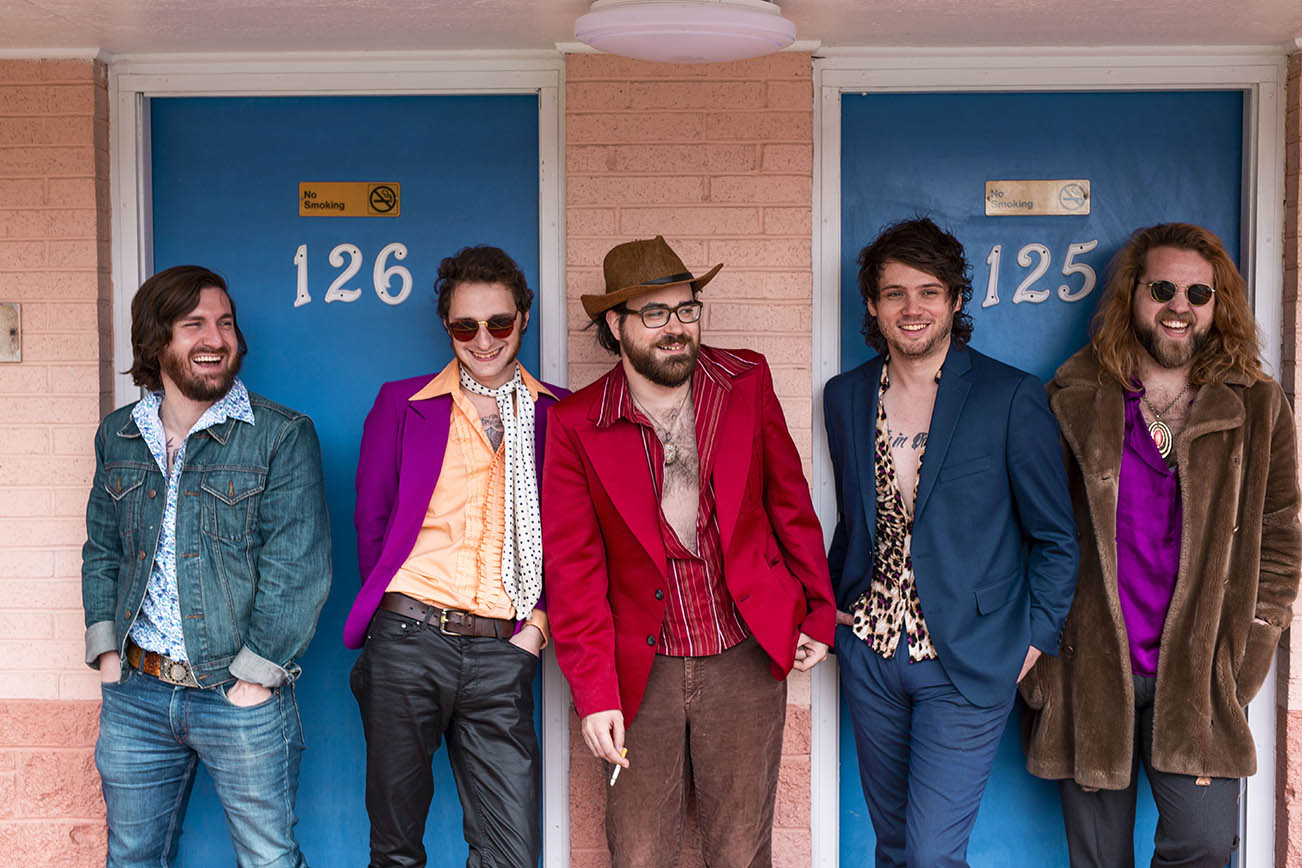 It’s Friday, So Enjoy Some “Bourbon in Bed” with THE OUTSIDE VOICES’ New Single [Exclusive Premiere]