Sacramento’s modern riot girls, Alexia Roditis and Vi Mayugba, are the heartbeat of Destroy Boys, a punk/pop group who’s music is described as “what would happen if Blondie stumbled into a Misfits recording session”; see their single “Soundproof” as…well, sound-proof of that statement. Fresh off their newest album, Make Room (out October 19th on Uncool Records), we are ecstatic to have the girls join us for another Women of Rock installment to give us five female-inclusive groups they are loving right now.

– I slacked on the Pixies my entire life until this past summer. Discovering them changed my perception of rock music entirely. Frank Black’s truly unique vocal style, Joey Santiago’s hypnotic and hard to follow guitar leads, and Kim Deal’s undeniable artistry and songwriting, makes this band literally perfect. Kim is an unstoppable force (I also adore The Breeders), but the addition of Paz Lenchantin is a match made in harmony heaven. Current favourite track is “Alec Eiffel”. – Vi

The other Eiffel: “Alec Eiffel”.

– Mannequin Pussy really describes feelings I have in song form. They write about stuff that’s important to me as a female, like in their song “Romantic”. They capture despair and pain and frenzy, but not in a sad way – in a punk and energized way, which is refreshing. My favourite song by them is “Kiss”. – Alexia

An all too brief “Kiss”.

– The lead singer, Marissa Paternoster, shreds on guitar, something I admire a ton. I love her voice, and I love the band’s force and groove. They have an original, tough sound that I have never heard replicated in another band. Favourite song by them is “Ripe”. – Alexia/Vi

I bet you they’re pretty “Ripe” after sweating in those bizarre getups.

– Sleater-Kinney is such a dynamic band, their sound is ever changing but is still very much their own. Their songs don’t sound the same, which is something I try to emulate in Destroy Boys. The band’s harmonies and complimentary guitar lines are absolutely insane, and I appreciate the risks they take as a band. Also, the fact that Carrie Brownstein is vocal about her sexuality gives me hope and someone to look up to as a bisexual musician. My favourite song right now is “Jumpers”. – Alexia

“Jumpers”: that beautiful moment when you realize Carrie Brownstein is in Sleater-Kinney and Portlandia.

– It is literally impossible to describe how good “Coral Fang” by The Distillers makes me feel. Brody Dalle exposes her own vulnerability with relationships underneath perfect chord progressions and red hot drums. It’s a record I relate to on a level that feels kindred; it almost feels like Brody took a look at my life and wrote a record. Favourite song is “Dismantle Me”. – Vi

“Dismantle Me”: when Brody asks you to do something, you do it. 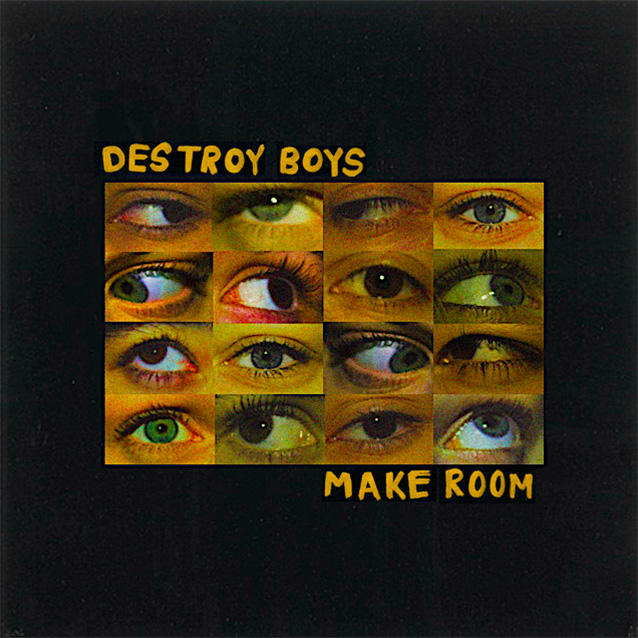