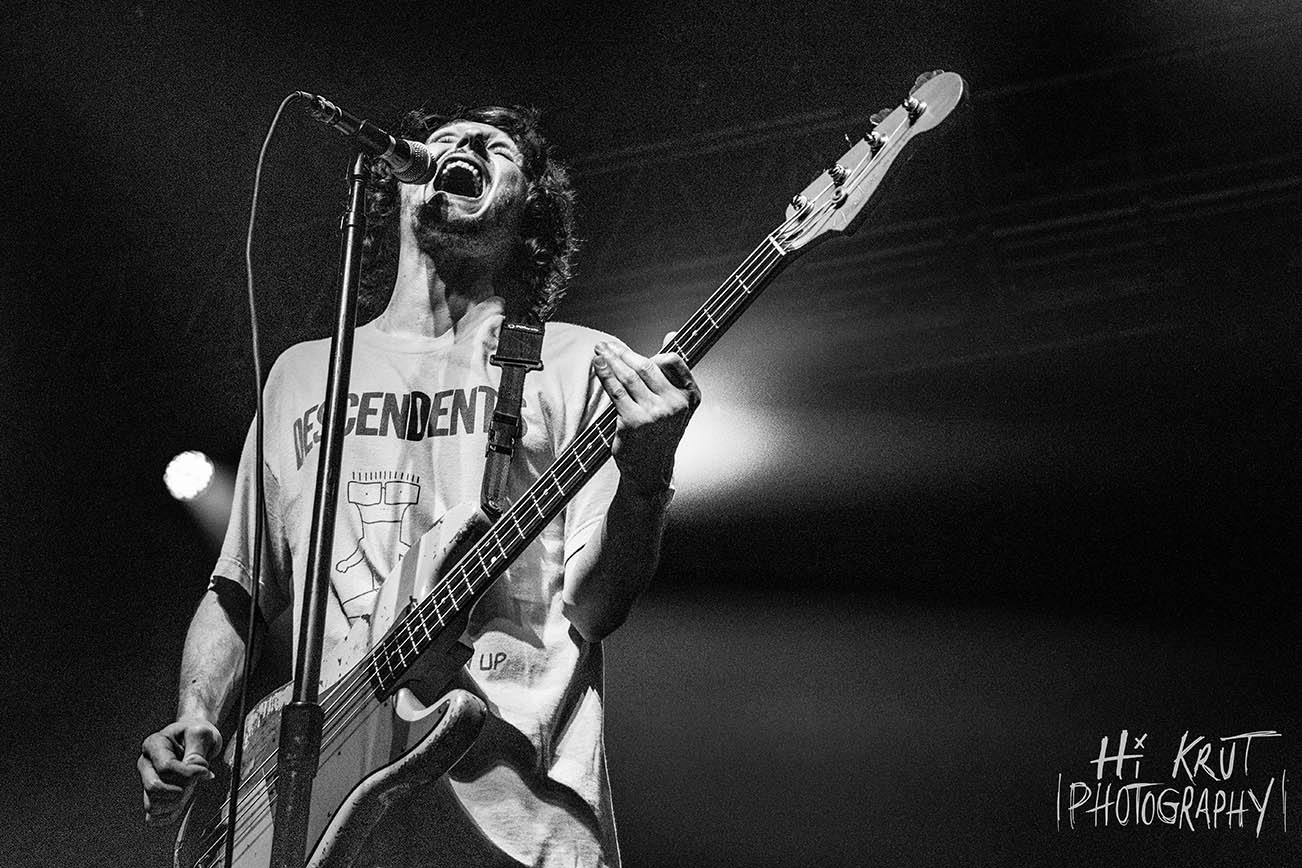 Ah, it’s that time of year again, and no I’m not talking about the holidays. While they are great and all, have you ever experienced The Starting Line’s annual holiday show? I have, and to be honest, it’s one of my favorite things about the end of the year… you know, besides all the food.

Thin Lips opened the December 15th show, but unfortunately, due to my inability to follow directions, I missed most of their first two songs navigating my way to and inside the newly named venue (previously known as the Electric Factory). I made it to the front of the stage just in time for them to finish their third song, so I was only able to hang out and enjoy their set, which was short but sweet.

“Never Again” will I miss a Thin Lips set due to directions.

Following them was the very loveable, State Champs. They looked so happy to be on that stage, it made their entire set really fun to watch. By the crowd reactions, they were just as happy that they were on stage. Mosh pits opened up almost immediately after they started if that is any indicator to the energy in the crowd.

To round out the night, the one and only, The Starting Line, took the stage. They wasted no time busting out their most well-known hits. Kenny joked about getting his AARP card in the mail recently, and how they were old. And in true TSL fashion, second to the last song, he reminded the crowd that there was no encore, as well had busy lives to get back to. And with that – was my cue to get out the door, to beat the crowd out of the parking lot… another Starting Line holiday show in the books.

The Starting Line always seem to get “The Best of Me”.

MNERVA Owns Up to His Problems with New Single “Stuck” [Premiere]