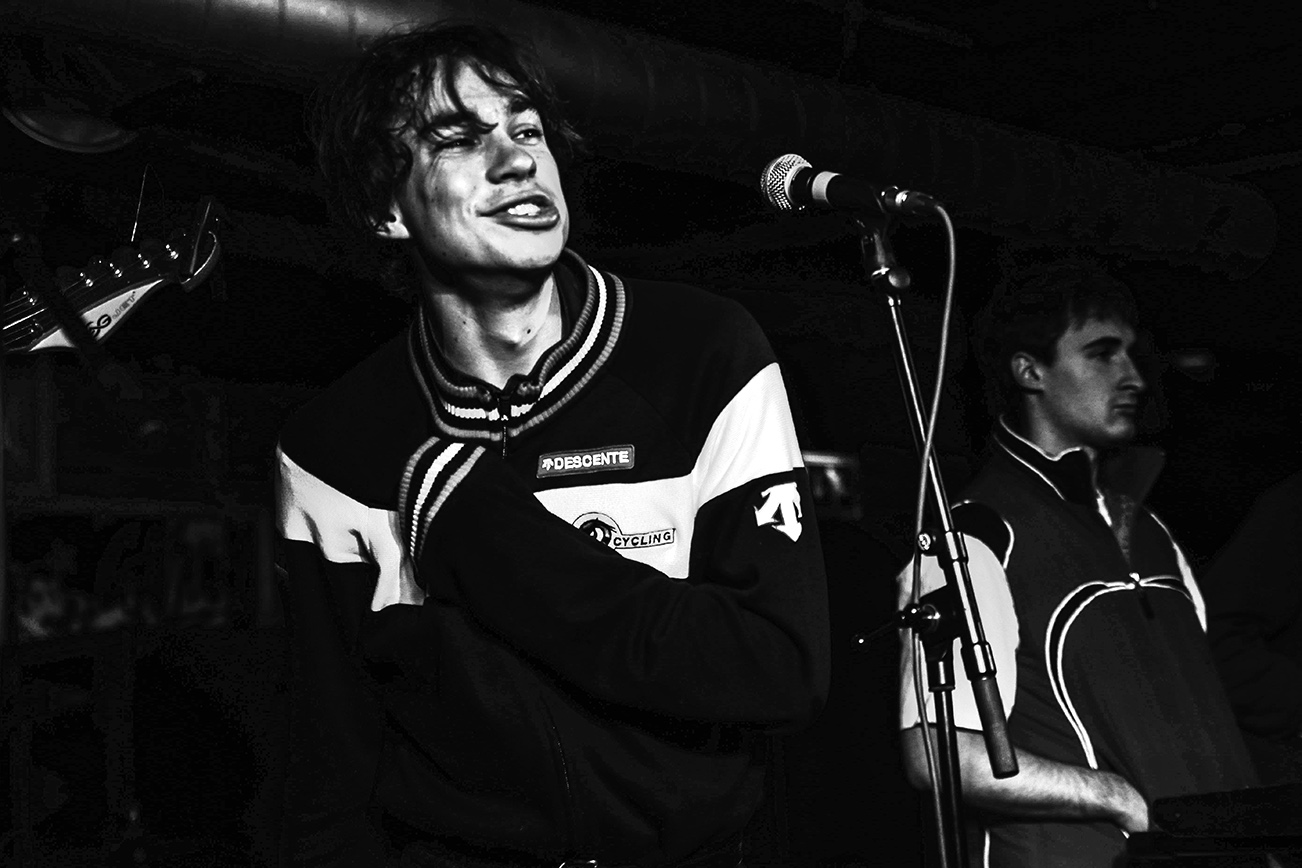 The Chapel is an interesting venue situated at the back of another one of Leeds more unusual venues The Church and it’s the Chapel which is the location for tonight’s three band bill which is headlined by all-female rock troop Hinds who we unfortunately had to miss due to commitments elsewhere.

Arriving at the Chapel, it would seem that Bradford boys Fling are playing to a few early arrivals and the other bands. Still, that doesn’t stop the Yorkshire quintet having an absolute blast on stage as they crash through a sound they describe as “wonky pop”. Part indie, part pop, part just plain bonkers, tracks like “Just A Dog” and set closer “Bad Day” sound like they’re being held together by gaffer tape while at the same time having the kind of infectious air about them that deserves the growing number of punters they end up being played to.

Had a “Bad Day”? Check out this video from Fling:

You couldn’t accuse Sports Team frontman Alex of lacking confidence as his band take to the stage. One of the rising stars of the indie scene, Sports Team don’t offer anything particularly different and it’s hard to judge them on thirty minutes but there is definitely something about this band that makes them worth catching. With the venue starting to fill up nicely for the headliners, Alex struts about the cramped stage joking with the front rows during technical difficulties and playing with the attitude of a young Mick Jagger. People have been proclaiming Sports Team to be the future of indie and, while reserve our final judgement until we get to see the band in better surroundings, Alex Rice and Co are showing all the hallmarks of being one of the bright new hopes in the indie scene.