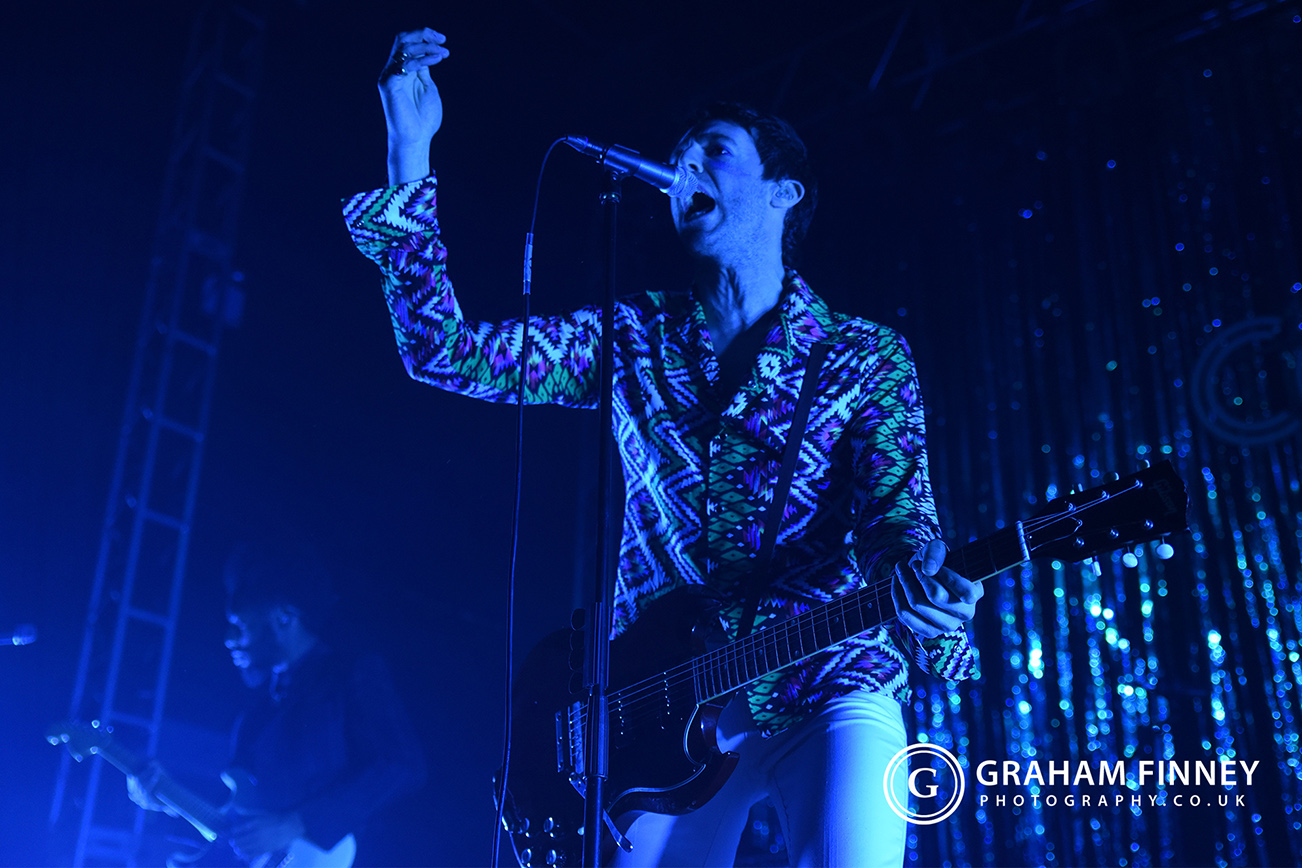 Miles Kane, best known as frontman for Last Shadow Puppets, has been fairly busy since the release of his Coup De Grace album in August. Backing up the release of his first solo record in five years, Kane has been out on the road already for a jaunt around the UK club circuit. Here at a packed O2 Academy, the indie singer is already half way through his November tour and, going by the reaction in Leeds, it would seem that indie fans are more than happy to see the singer back out on the road again.

Inside the venue there isn’t much room by the time Kane takes to the stage and quite literally explodes into his set. Throwing himself around the stage smashing out the likes of “Inhaler”, “Silverscreen” and more, it’s apparent that Kane is thoroughly enjoying every moment of his return to the road. Sounding ridiculously tight, Kane is a ball of energy on stage as he crashes through “Better Than That” and “LA Five Four (309)” with no let-up in sight. In return, the packed dance floor is a mass of pogoing, singing fans who know every word to every song so much so that, when you put the two together, the energy filling the venue is simply electric. Beside him, for the most part, Kane’s band take a backseat letting the frontman take all the glory and, armed with a stack of pop-drenched indie tunes, Kane is going to make damn sure that the world knows he is back.

Tonight, Miles Kane was simply phenomenal. Rolling the clock back a couple of hours, as we made our way to the venue, two kids raced towards the queue, one excitedly commenting “I can’t wait for this” and you know that, for the last seventy minutes, Kane has just given them one of the best nights of their lives.

Check out Miles showing that he’s “Hot Stuff” with a cover of the Donna Summers classic: