In the days before Mandela became South Africa’s President and we listened to music through bootlegged tapes, Lithium entered the scene as a powerful local rock outfit. The year was 1992 and South Africa was just coming into its own. There was a lot to look forward to and the rock scene was starting to offer itself up as a place for growth. Lithium entered the fray, fought with dignity, but exited in 1999 bearing some battle scars. The famous rhetoric is that they were “ahead of their time:” offering local audiences a taste of rock music like they had never heard before. To call them part of the old guard may be an understatement because we’re talking two decades ago – more than a lifetime for some people.

Now they’re back, in what must be one of the most interesting comebacks of a local band in recent history. Although their biography emphasizes their dissolution in 1999, the band had more than one reunion over the years. But these were mere palpitations on the heartline of the group, who seem to be in the process of re-emerging, something we wanted to know more about. In 2017, they announced that Kevin Rule would be replacing Ian Watson on guitars and the start of a new chapter for Lithium had seemingly begun.

They have been announced as an opening act for Temples On Mars’ tour of South Africa next year. As one of the key partners to this tour, PureGrainAudio felt it was important to speak to Lithium about what this means to them, amongst other things. What transpired was less revealing than it was strange, especially given the wry humor of Simon Portlock. Be what it may, they have walked a heavy path, have some tales to tell, and many people are glad to have them back. We look forward to what the years apart and the addition of Rule will bring.

After so many years on the down-low (and for a while you were non-existent), you have re-emerged on our local scene. What brought you back?
David Beretta Owens: I relocated back home to Cape Town recently, after eighteen years in Gauteng, and suggested to the guys that, since I was back, we should play some shows again and even consider working on a new album.

Take a “Soul Trip” with this gem from Lithium.

You’ve made a few appearances during 2017/2018. How has the reception to your comeback been amongst audiences in South Africa?
Beretta Owens: It’s been a fairly slow start since we are all busy and spread out over the greater Cape Town area, but the few gigs we did manage to play this year have been well received. It has been a great experience jamming together again and there is definitely a small buzz starting about our return.

You have a new guitarist in the mighty Kevin Rule. Tell us a bit about the events leading up to him joining.
Beretta Owens: We met Kev through our fan club back in the ‘90s (snail-mail P.O. Box stuff, before email existed), we stayed friends with him over the years, and it just made perfect sense for him to fill the gap Ian left.

You can be real with us… What hidden talent has he brought to the band since joining?
Beretta Owens: A massive positive energy, he definitely pushes us forward. It’s going to be really exciting to see where our new songwriting direction goes with his input.

Not many bands can say that it’s been a decade since they last played in a neighboring city, but you can. You’ll be headlining a gig organized by Brochella at Rumours Rock City in Johannesburg. Tell us a bit about the Johannesburg scene as it was back then.
Beretta Owens: Definitely going to be a great gig, the Brochella shows have a good reputation, and it’s a killer lineup too. We always had a good time playing Gauteng in the old days, and I’m sure it’s going to be a no different this time around.

The night before your Joburg gig, you’ll be opening for Temples On Mars. You’re welcome to sing our praises for bringing them, we don’t mind. Or merely tell us your thoughts about this opportunity as it comes from your heart.
Beretta Owens: I think I may be the most excited of everyone about this, so yes, thanks so much for making this gig happen! I was introduced to their album earlier this year and am totally obsessed with it. I can’t believe we have the chance to play a gig with them, it’s an amazing opportunity considering we’re hardly even a real band. 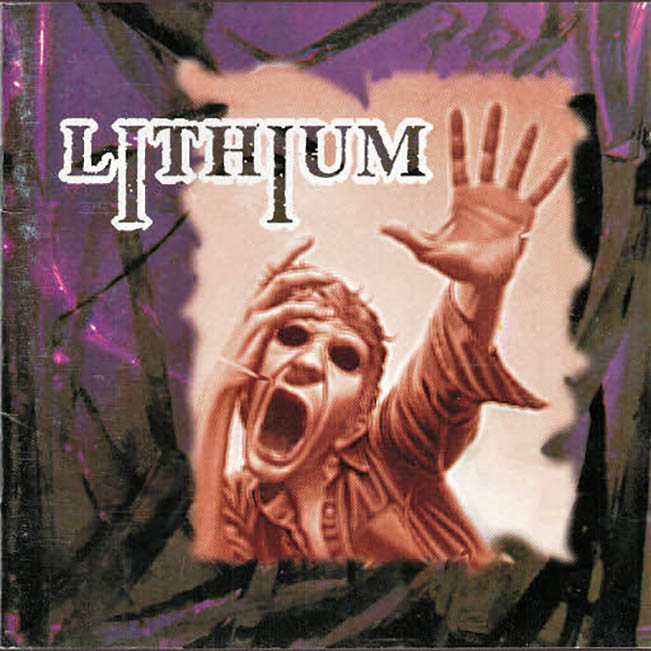 Do all these gigs, the new guitarist, these future plans, mean that Lithium is around to stay, or at least mean you’re sticking around for a while longer?
Beretta Owens: I am definitely looking at this as a full-time reformation rather than a temporary reunion, as we did previously. There is a new drive and energy now and I can’t wait to get stuck into writing and recording a new album.

I have been writing about South African music for many years, but most, if not all, of my articles, have disappeared alongside the websites they were featured on, meaning that the written history of our scene has also disappeared. So please forgive me if the next set of questions are just rehashing many older interviews. We have some fresh new readers, who might be as curious as I am. I admit that I was still in high school when you emerged. I hadn’t even seen a live band by the time you broke up. So I’m dying to know, what was it like to be Lithium then?
Beretta Owens: As much fun as it was, it was a difficult time to be in a band. At least half the set had to be covers in order to secure any venue, and, of course, there was no such thing as social media or internet to help promote and boost awareness. This led to us communicating to fans via post, and relying on radio to get our music out to the masses. It did make us think outside of the box though and led to us doing our own bigger all-ages gigs at community halls which really helped to put us on the map.

You had a contract with EMI, which must have felt like being on cloud nine – a total dream. Yet, you broke it off with them after only a few years. Cryptically, you speak of feeling confined. What was that about?
Beretta Owens: Things with EMI started out well (like any new relationship, I guess), but the main driving force and support behind us, unfortunately, left the company, and things quickly went south. We were lucky to get out of a four-year contract after only two years, with little damage done along the way.

In 1999 you disbanded, which probably broke a good number of hearts. What were the happenings/thinking that led to that decision?
Beretta Owens: We basically hit the ceiling of what was possible to achieve at that point in time. The roads for SA bands to head to international destinations had not really been paved yet, and we were not in a financial position to just up and relocate. The band was divided as far as what to do next, so we just decided to call it a day.

Let’s take you back to 1995 with the music video for “Schizoid”.

You were gone from the scene for a very (very) long time, except for the occasional reunion. What was going on with everyone during that time?
Beretta Owens: I moved to Joburg in 1999 after we split. I had a number of bands and projects over the years, but nothing really full-time. N8ive was a very cool acoustic rock band that was just starting to get some attention in the early 2000s but fizzled out before it really took hold. A few years back I was playing in a killer band called PitVirus. We released one EP but disbanded when I moved back to Cape Town eighteen months ago.

When playing Lithium on YouTube (okay, that one song) an automatic playlist pops up, featuring songs from Just Jinger, Arno Carstens and other SA acts, which brings on some heavy nostalgia, but also reminds me of how popular rock used to be. You must have felt part of a growing scene at the time that you were playing regularly. What was that like for you?
Beretta Owens: It’s still amazing to me how many of today’s musicians tell me they were Lithium fans back in the day, and how much we influenced them to want to play in bands. It’s really humbling to know that what we were doing then still carries through, in some small part, into the music scene today. Rock music is not something that dates. A good song will always be a good song…

That playlist is a gift that keeps on giving, and I have just discovered that I remember some great songs coming from Durban band, Arapaho. Do you remember them? Anyway, which were some of your favorite bands from that time, especially to play alongside?
Beretta Owens: Plum, Seed, Nine, Sugardrive, Springbok Nude Girls, Battery 9, VOD, Dude, I could go on for days…

Even though you have been out of the scene for a while, I’m sure you’re still following it. What have some of the changes that have stuck with you – good or bad?
Beretta Owens: To be honest, I am totally out of the loop. I have been introduced to so many cool new bands over the last year or two though, and I’m certainly paying more attention now to what is going on out there.

What keeps you going, feeling alive, and picking up your instruments?
Beretta Owens: Music is something that is in my DNA. I spent many years not performing and writing, and it always takes a toll on me. This is something I HAVE to do in order to maintain my sanity in this world. We (the band members) have all been to hell and back and have eighteen years more life experience now to channel into this thing we do. I am excited for the future.