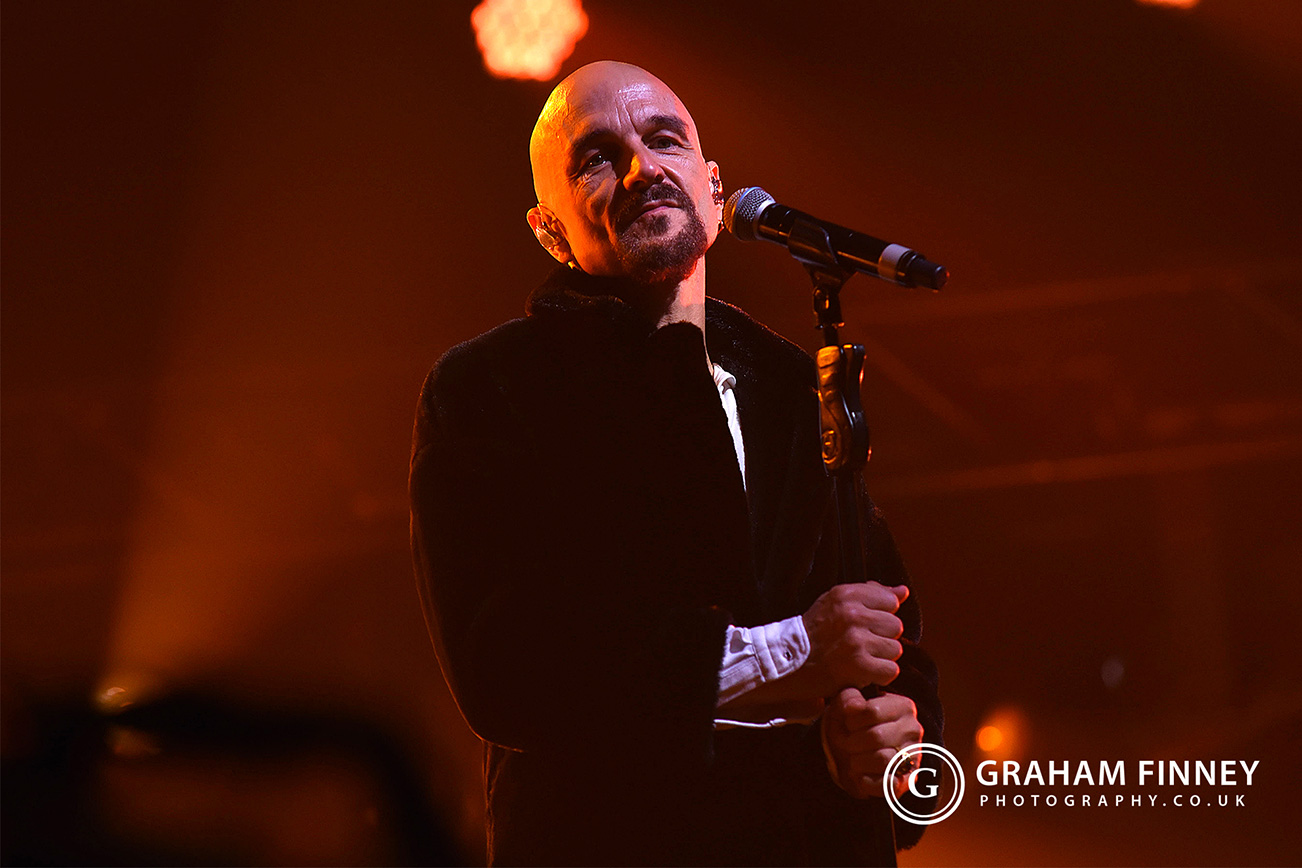 Indie fans of all ages are out in force as ’90s Brit favourites James and The Charlatans treat a packed First Direct Arena in Leeds to a proper ’90s nostalgia trip.

The Charlatans were first up with frontman Tim Burgess still sporting that familar mop haircut and looking like he hasn’t aged a day. Gliding about the stage, the frontman and his bandmates plundered through their extensive catalogue for forty-five minutes mixed with timeless ’90s indie like “The Only One I Know” and “Sproston Green” and newer tracks like “Plastic Machinery”.

Check out The Charlatans “Totally Eclipsing” the rest of the indie scene:

Ahead of James taking to the stage, the band treated the audience to an entertaining animated video humourously warning fans not to ruin the experience by filming large chunks of the show on their phone. Forward the clock about twenty-five minutes and a sea of phones lit up the arena as the band launched into their legendary classic “Sit Down”.

Check out James performing their hit track “Sit Down” on the Jools Holland Show:

It’s only four songs in when the indie favourites play their ace card and, while it may seem like a brave move, it has fans all over the dancefloor busting out their best indie moves. Now, while we’re on the subject of busting out their best indie moves, James frontman Tim Booth is in particularly fine form, gyrating across a platform specifically built into the front stage barrier to the delight of the fans packed up against the barrier.

Speaking of Booth, there are numerous moments during their set when he stands, eyes closed seemingly soaking up the atmosphere. He does his expected venue walkabout during “Moving On” while pounding out a tribal intro to set opener “Hank”. “Come Home” is emotional while the night ends with the “Getting Away With It (All Messed Up)” and “Sometimes (Lester Piggot)” sending Yorkshire’s indie fans joyfully dancing into the cold December night!