New genres may come and go, but the old ways will always remain. Traditional folk music has maintained a steady cult for as long as humans have communed with instruments, although there has been a recent spate of (relatively) new bands such as Wardruna, Heilung, and Skuggsjá raising awareness of its place in the music pantheon. The word “pantheon” here is not used unintentionally, for today we take a look at long-running Greek collective Daemonia Nymphe, who sculpt their music after Ancient Greek traditions instead of the Nordic and Northern European counterparts mentioned above.

We asked the band to give some insight into their fascinating recording process, and they also elaborated on key points regarding traditional Greek music and the interesting choice of instruments they’ve used on their latest record, Psychostasia. 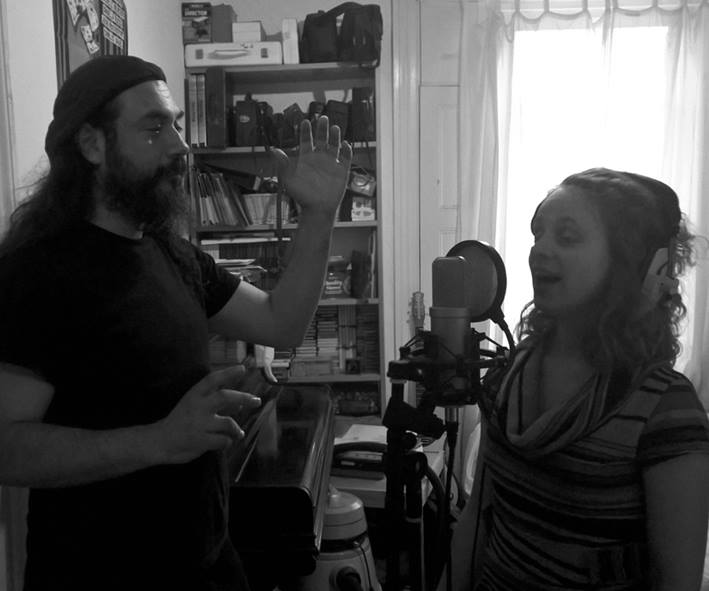 It is quite hard to talk about the studio process especially when it comes to Daemonia Nymphe as we never follow the expected schedule as there’s no such thing as simply just entering the studio to record an album.

Firstly, composing; finding ideas takes a really long time, and secondly, we never intend to record an idea or track and finish it within a week or even a month in the studio. It always takes a really long time to complete not just the whole album but a single track, as we constantly listen to the tracks again and again, trying to point out all the elements that don’t work and trying to find different ways to make them work. I find it hard to think of anything more torturous than not being able to make changes to the tracks and leaving them unfinished due to the limit of studio time.

Of course, we are talking about an album that was initially recorded years ago and most of it in London (at Ian Williams’ Slaughterback Studio). Some parts were also recorded in Athens at Studio 5 and some in Thessaloniki at The Sonic Ark Studio. Strangely, the same thing happened with the three new tracks; they were recorded in London (Slaughterback Studio), Thessaloniki (Daemonia Nymphe’s studio) and Athens (Studio 5). 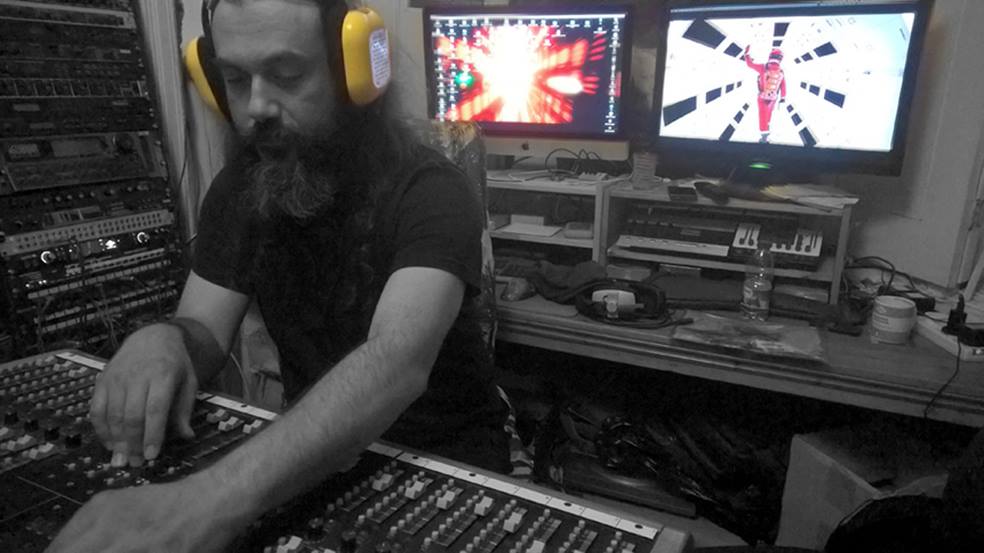 Now, one of the unusual things about Daemonia Nymphe is possibly the “ancient” Greek instruments themselves and their combination with the traditional and the modern ones. Just to make it clear, when we say ancient Greek instruments we are talking about reproductions of those ancient Greek instruments. The few authentic ones that have been found are unplayable, (because most of the times they are found broken or there are pieces missing, and of course they are very fragile) and are exhibited in museums and not really given to musicians (unfortunately).

There are some exceptions when there have been attempts to perform an authentic aulos, for example, but mostly for scientific reasons. However, all the “ancient” Greek instruments that we use are manufactured by Nikolaos Brass in his workshop in Athens, after a long period of research and collaboration with musicologists, and the result is fascinating and very close to the original instruments. Bear in mind that the ancient Greek instruments are in most cases completely different to the traditional instruments.

When we say “ancient Greek,” we are not referring to centuries ago but to thousands of years before today. Many of the ancient instruments existed even in pre-historic times, such as the Lyra and the double Aulos, and didn’t survive until today. There are some exceptions again, where similar instruments or variations of them survived such as the askaulos (bagpipes) or the bouzouki, which belongs to the family of the lutes (ancient pandoura).

A clip of Daemonia Nymphe performing “Politeia of the Unnamed” live in London.

To give you an example, traditional music in Greece is very vibrant today, and especially in some islands such as Crete, traditional music is even more popular than any other types of music (e.g., pop, rock etc). Ancient Greek music, on the other hand, doesn’t really exist anymore. In fact, people who are not experts or not interested in ancient music may not even be aware of it, even if they are Greek. This, of course, was also caused to a great extent by the new religion which renounced the instruments that were connected with the ancient religion, such as the Kithara, which was connected to Apollo, or the Pan-Pipes with Pan.

As the years went by, we gained the experience to be able to properly record these instruments in the studio and decided to view them more as contemporary instruments – which actually in a way they are – so as to make the whole process easier, including the combination with the more recent instruments. The addition of the voices in ancient Greek helped unify all the different sounds, and the ancient instruments actually added new sounds to our music that haven’t been heard of in many centuries. Besides the countless hours of researching and discovering the way the ancient Greeks performed with these instruments, we also spent a lot of time finding our own ways of creating unique sounds with them. So, for example, on “Nemesis Rhamnousia” we played the barbitos (bass lyra) with a bow for the intro of the track. There isn’t really any information that any of these instruments were played with a bow.

Sometimes we tend to have the female and male element in our compositions such as in the track “Thracian Gaia” or “Nemesis Rhamnousia,” which were recorded with Dessislava Stefanova among others, whose intriguing voice has been recorded for Hollywood movies. “Asterofeggis Nyx” is also one of the new tracks that combine the male and the female element. For the new songs we worked with the wonderful singers Victoria Couper and Rey Yusuf; their ethereal voices brought the sound that we were looking for.

Victoria has a quality in her voice that is reminiscent to voices of the past; it is a very emotional sound that surrounds you and draws you to the music (“Psyches’ Choros”). On the other hand, Rey’s voice is ethereal and very dynamic; the combination of those two female voices in the “Journey of the Psyche” and “Asterofeggis Nyx” is very close to our initial intention of creating the works.