Welcome to a place where nightmares reign. You are cordially invited by Deathrite to gain an insight into the twisted world from whence their grinding death metal emerges. The German troupe have recently dropped their fourth album, Nightmares Reign, via Century Media on November 9th (stream/buy here), and provided us with one way to enhance appreciation for it.

At the start of the record, a sense of unease is paramount as the shuffling drums and twang of guitars gently unfold into something more recognizably rock – albeit topped with filthy guttural vocals. This is a long way from the rough and ready take on their début, three records ago – we’re on a deeper journey into the darkness, with experienced musical guides. Although the modus operandi is death metal, there’s a clear appreciation for other musical paths – among others, country, speed metal, and good ol’ fashioned rock n’ roll.

That rock n’ roll spirit carries through into the songs they selected: ZZ Top and Turbonegro may not scream “extreme” from a metal perspective, but you cannot argue against their ability to rawk. Then there’s the darker gloom hidden in Sweden’s post-punks Viagra Boys’ that carries on in “Demon Soul,” the dark country of 16 Horsepower found on the title track, and Finland’s speed metal upstarts Obnoxious Youth. Of course, it wouldn’t be a death metal band playlist without something to test the speakers – Bölzer and Morbus Chron are among Deathrite’s chosen to accompany them on the long stretches of road.

Before you proceed to unsafe grounds, first get familiarised with the dudes’ doom. 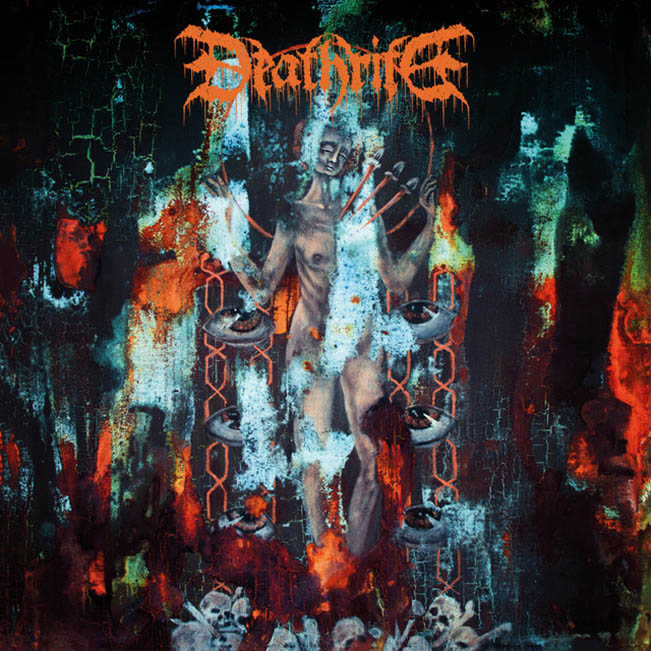