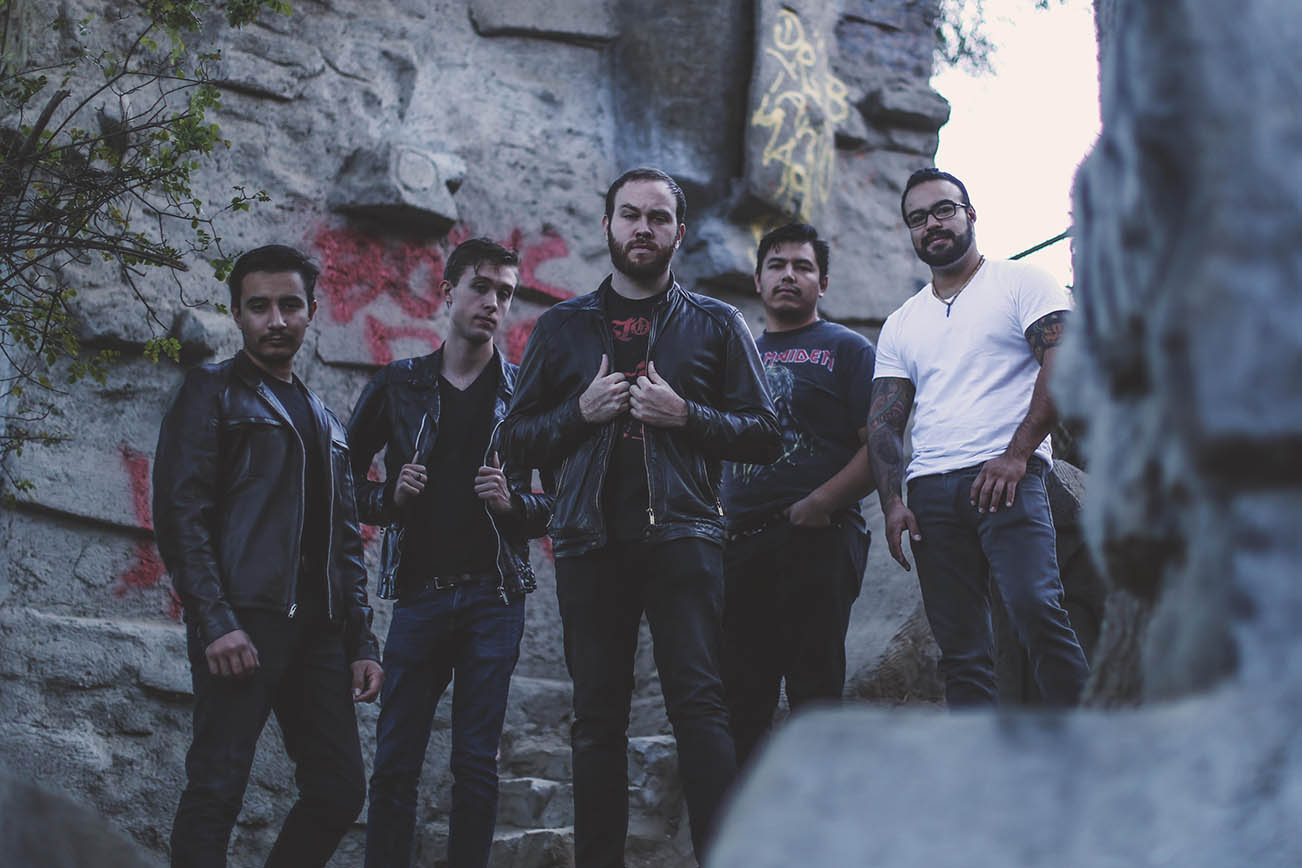 Geared Up: THE CROWN REMNANT Guitarist WILL ASH on His Schecter Hellraiser FR Guitar with Aftermarket Seymour Duncan 59/SH1 Pickups

Los Angeles metal quintet, The Crown Remnant, is exceptionally stoked for the holidays because that means we’re even closer to the January 18th, 2019, release of their upcoming full-length album, The Wicked King: Part II. The sophomore studio recording, which can be pre-ordered via Bandcamp here, follows 2017’s debut The Wicked King: Part I EP. Today, in support of the group, their new album, and the recent “Inferno” single, we’re stoked to premiere a new guitar playthrough video alongside this Geared Up interview with guitarist Will Ash.

What one piece of gear do you use to obtain your signature sound?
Will Ash: It’s hard to laud the system based on one piece but if I had to pick it would be my Schecter Hellraiser FR guitar with aftermarket Seymour Duncan 59/SH1 Distortion pickups. I’ve owned that guitar for over a decade and it just gets better with age. The amazing Seymour Duncan passive pickups give it great dynamics, creamy lead tones, and punchy bridge rhythms.

What about it makes it so important to you?
Ash: I didn’t grow up having a lot of money so this was the first real guitar I had that felt like a quality instrument. I learned from step one to where I am today on that guitar and it’s become like a second skin, a familiar old friend. Being able to remember playing this guitar as a kid and throughout most every show or group that I’ve ever played with is a powerful thing to me. Eventually, this guitar will have to retire, but today I still get to use this amazing piece of gear.

Without further ado, here’s our premiere of the “Inferno” guitar playthrough video.

How was this gear used during the recording of your latest album?
Ash: We’re lucky to have the opportunity to record with some amazing gear. This latest record Part II and The Wicked King: Part I were both recorded with a blend of amazing guitars and amps including a Mesa Mark IV, Peavey 5150 (block letter), and more. Of the 3 main guitars used to track the record, this Schecter Hellraiser was my main lead guitar.

Every solo you hear on both Part I and this upcoming Part II was tracked with that legacy guitar, with those incredible Seymour Duncans. If you know our band, you might notice that we have A LOT of lead parts, so it was an absolute pleasure and no-brainer to use my oldest owned guitar for our center leads.

How do you recreate your album (guitar/vocal/bass) tones in your live set?
Ash: We’re constantly focused on bringing our album tone to life. It’s important to us to bring authenticity and energy to our live performances, and our tones from the record are the key to that. On stage, we blend the two main brand of amplifiers we used on the record for our live performances – a Peavey 6505+ and a Mesa Triple Rectifier, all real, authentic tube live. My Helix HX FX unit is great at replicating the pedals we used in the studio, and of course, my tour guitars include the Hellraiser, as well as my other favorite guitar, a Japanese ESP Horizon III, from an old LTD Elite production line.

We’re soon integrating one of our favorite mic preamps for the price into our live rack, the Warm Audio Tonebeast that was used in the production of our record, which brings a nice punch, body, and warmth to our vocals. Last, our bass player plays this upgraded version of our studio bass – the Schecter Stiletto Custom live on stage. 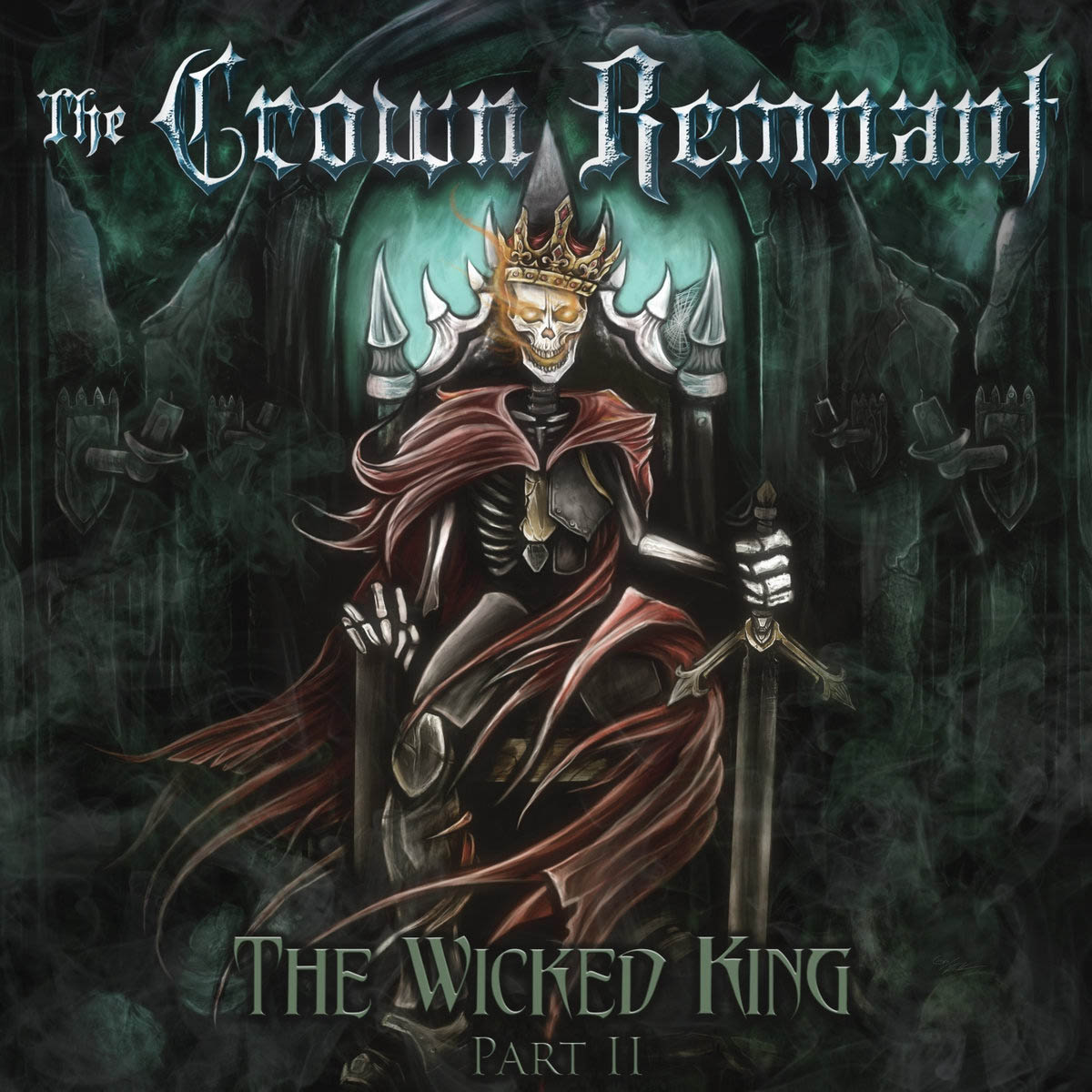 What are the major pros and cons?
Ash: Our focus on having quality audio gear for our live sets comes at the price of our own labor! Imagine lugging around all of these real, pure tube heads and cabinets, mic preamps, instruments and more. We’ve made some concessions for portability but we embrace the struggle of bringing this amazing gear along to try our best to bring the greatest possible show, authenticity, and tone to our live performances. As an independent band, we’re proud of our ability to tackle adversity and we try our best to face these negatives to bring the best show we can.

On the upside, we personally get great comments about our tone after our shows generally so it’s nice to know that something seems to be working.

Do you have a backup for this gear, if so, what?
Ash: My personal backup for my Schecter Hellraiser guitar is this amazing ESP Horizon III guitar that if you follow my Instagram @officialwillash you’ve probably seen me use quite a lot! Considering my love for Seymour Duncans, it should be no surprise that I replaced the pickups with one of my favorite sets they’ve made, the 6-string Nazgul/Sentient pickup set. I used this guitar on the record, and it’s always there for me as a unique piece outside of my Hellraiser.

We are starting to/still considering backing up our live sets with Fractal’s Axe FX units and other modeling brands like Kemper as a portable alternative to our gear as well. Using the Axe FX II during practice has been a whole other world of gear.

A couple slick shots of Ash and his Schecter Hellraiser FR in the live setting.

How long have you had it, how do you use it, would you ever change it?
Ash: My Schecter Hellraiser FR I’ve had for over a decade. I can’t remember exactly, but I’d place it around 10-11 years of owning that guitar now, as of 2018. Eventually, this guitar will have to retire from the hundreds of shows starting to show its wear on the body, but for now I’m enjoying it during what in my opinion is our most ambitious project yet with The Wicked King: Part II.

One of my favorite aspects of it is the Floyd Rose floating tremolo. When you’re introduced to shredders like Dime from Pantera and Synyster Gates from Avenged, all you want to do is learn cool tricks with natural harmonics and more. I try and use every part of my guitar and I’m happy with how that’s going so far.

Give us your best “gear goes wrong” story.
Ash: I’d say one of the most harrowing experiences I’ve had is when our group was at a rehearsal maybe 2 days before a big show. I brought my gear like I always do when suddenly during our practice, the Peavey 6505+ I use for shows made a loud, weird noise and then lost all volume. Of course, you freak out and try everything you can to fix it, but I wasn’t able to get anything out of it. So now I was in a rush to figure out everything – did I make a mistake with my gain staging, did I blow a tube out, did I fry the amplifier, or maybe the fuse?

This forced me to do one of my first fullscale re-tubings that I had ever done so I was filled with nerves that I wasn’t doing things right. I put new tubes in the amp myself and by then, the next day was show-time. I was running off prayers when I put that Peavey with my cab in the car to go to the gig. We got there, we had a backup in the van, but I only brought the Peavey inside, turned it on, and it all worked perfectly. Haven’t had problems since – guess I did something right.

Check out the band’s official video for the “Inferno” single.

Any final thoughts or comments on the gear?
Ash: I’m a big believer that the player is the most vital aspect in making your instrument sound good. You can cover up a lot of things with good gear but the best combination is a great player with good gear that works as the best conduit between the listener and that player. That’s what I look for in my gear – what is the best piece of gear to communicate what I’m trying to say with my instrument – and am I capable enough to actually make that statement with how I play?

When I focus on that, I couldn’t be happier with the gear that I use and that the band works with. We’re so proud of the way we got it all to sound in-studio and on stage and if you check out our latest record The Wicked King: Part II when it comes out on January 18th, 2019 – you’ll know what I mean.