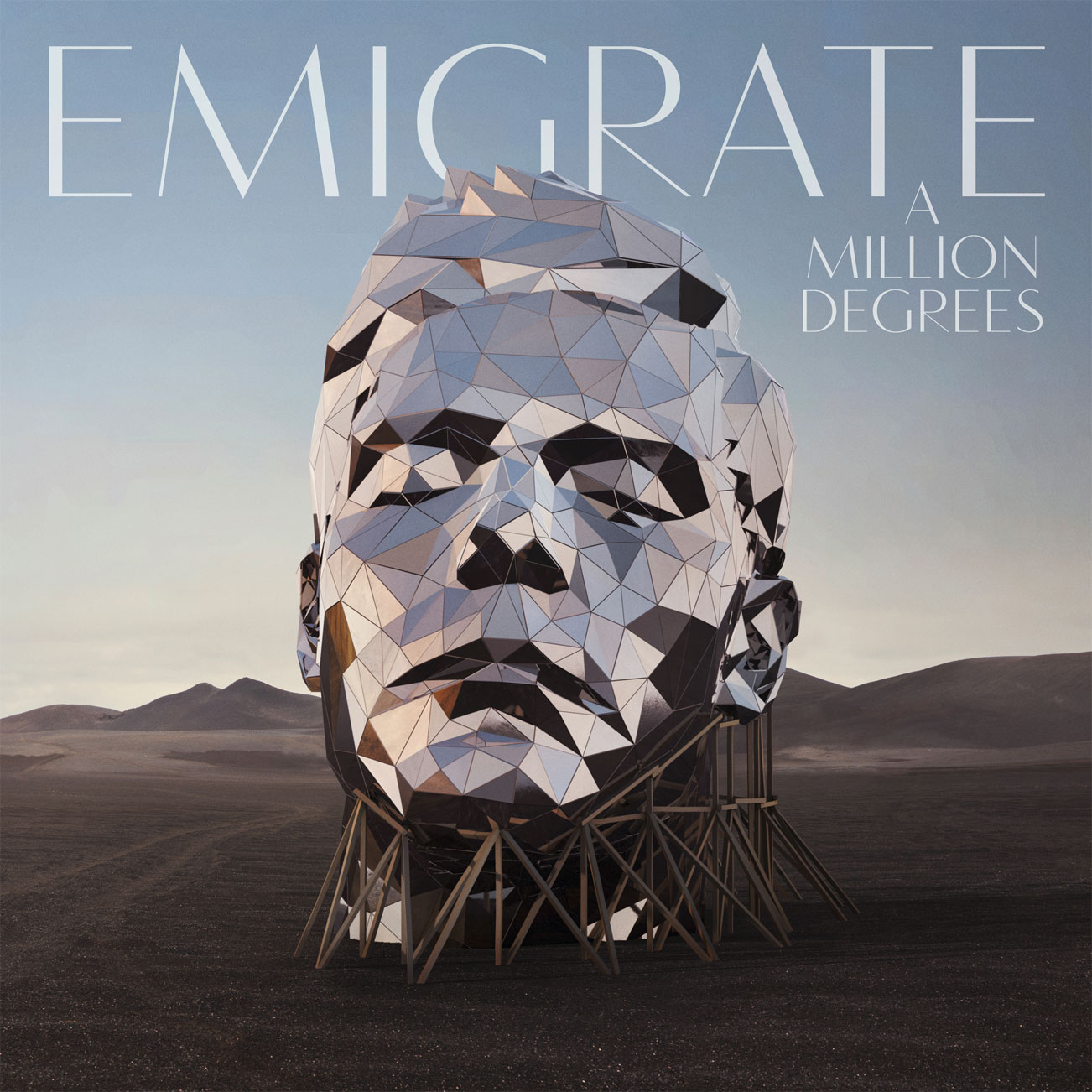 Richard Z. Kruspe’s personal project, Emigrate, has always faced the obvious difficulty of existing as a distinct entity in the sizable shadow of Rammstein, the guitarist’s primary band. The first release, 2007’s self-titled, invited unfavorable but unmistakeable similarities in guitar tone and riffing style to its Neue Deutsche Härte progenitor. Since then, Emigrate’s sound has grown over time and is distinct enough to stand alone on this third album, A Million Degrees.

The primary factors influencing this: are Kruspe’s singing, which shows a far broader range than on previous releases; the obviously guitar-led compositional process is a deviation from the more percussive and electronic approach that informs Rammstein; and the greater experimentation with styles (blues, rockabilly and pop all vie for attention) on A Million Degrees. The net result is far removed from Rammstein and a far more broader, stylistically speaking, album: playing skill, production and arrangement are all top quality and a far more effective showcase of Kruspe’s skills as a guitarist.

Positive points include the incorporation of guest artists (a practice consistently employed on Emigrate releases) to round out and counterbalance Kruspe’s vocal performance – including his partner/bassist Margaux Bossieux (on “Lead You On”), Billy Talent’s Benjamin Kowalewicz (on “1234”) and even Rammstein frontman Till Lindemann (on “Let’s Go”, the only track to feature German vocals as well as English).

We think “You Are So Beautiful”. Happy now? Watch the video…

The effective use of keys throughout is also well worth noting: the backbeat undercurrent on “War” aptly conjures Björk’s classic “Army of Me”, while “You’re So Beautiful” merges ‘80s rock balladeering with Underworld’s “Born Slippy”, and the synth lines on “I’m Not Afraid” recalls quasi-goth rockers like Zeromancer or Orgy. Impressively, the synth usage remains sensitive and never overpowers the guitars – making the result more contemporary rock than industrial metal; no mean feat, considering Combichrist’s drummer, Joe Letz, is the man behind the kit. Both 2007’s Emigrate and 2014’s Silent So Long had more in common with Peter Tägtgren’s Pain [1], but A Million Degrees is entirely its own beast: the sheer variety of sounds, styles and tones on display make it the first purely Emigrate album.

On the negative end of the spectrum, it could be argued that this collection of disparate styles and influences reads more as a compilation of singles than as a holistic album – but this could just as easily be the record’s charm: a shotgun effect of catchy, fist-in-the-air choruses designed to satisfy the Spotify generation. It’s for this reason that there is no single highlight track that stands out above all the others – each is a complete, fully-realized entity in its own right. In this regard, the official album press release is one hundred percent correct in calling Emigrate neither a “side” or “solo project”, but a “passion project”: Kruspe’s passion for guitars, rock n’ roll and musical innovation in general shine through on A Million Degrees.

1. Who also has a side project with Till Lindemann, imaginatively called Lindemann. If you haven’t experienced their insanity, be warned: https://youtu.be/QWE_M0CX9So