Although they hail from Switzerland, metallic hardcore band CardiaC’s trademark is the distinctive Spanish-language vocal performance of frontman Ricardo Chimichanga. CardiaC have been around since 2000 and are beloved in their home city of Geneva, though they’ve also built a solid international reputation. They have just completed a US West Coast tour and will be touring Europe with the mighty Cypress Hill this month. CardiaC’s seventh full-length, Mañana No Serà Otro Día Igual (available to pre-order here), features contributions from Cypress Hill’s Sen Dog, as well as several other distinguished guests: Billy Graziadei (Biohazard), Scott Middleton (Cancer Bats) and Drop (Samael).

Mañana No Serà Otro Día Igual starts as it means to go on, with the full-throttle opening riff of “La Vanguardia”. The album is bone-crunchingly heavy throughout, and the driving energy never lets up, even on the mid-tempo tracks. But the heaviness is balanced by a distinct groove element and an overwhelming sense of fun. Ricardo’s gravelly roar is hugely likeable, and he is frequently joined by gang shouts, the effect of which is reminiscent of Brujeria, though executed with more finesse.

Elsewhere, “M.O.J.I.T.O.” even has an almost rock n’ roll anthemic vibe to it, further mixing up the sounds. There are moments of poignancy, too, that add pathos to the pummelling riffs and frenetic energy. “Diapositivas Y Negativos” and “En L.A. De Me Decian” both have surprising vocal harmony sections which catch you off guard with their expressiveness.

Friends, the time has come to unleash the anger! Stream the album’s world premiere here.

It’s not an easy task to create uplifting hardcore music, but CardiaC undoubtedly achieve just that. They have proved themselves over the years with a solid back catalogue across six full-length albums (including one acoustic), and here they don’t deviate much from a formula that works; but it still feels fresh and inspired. This album is hard-hitting but infused with positivity and infectious energy, and for fans of all types of heavy music this is pure listening pleasure. Yet another Swiss band that deserves greater international recognition, and this could be the album to take them there.

Speaking of the album, lead singer Ricardo commented as follows

“After doing several albums where our work was mostly to research and expand our artistic personality, this new album was more about going back to our roots, to make something as brutal and direct as a punch in your face, to figure out if this record could be our ‘classic’ album as our best work or as reference in our career, we are a band about old school influences and so is this album. We are the lost sons of a generation that still got passion for real music.

Every song is full of meanings for us, every word that I sing is been chosen with a purpose, it’s been really hard for me! to find a way to express things 100% because I thought in the beginning of the writing process that I had already said everything. Once again I was wrong. This album has opened many artistic possibilities for me. I used to sing a lot in other albums, in this one my job is more about finding new flows, new vocal rhythms and focus on the power of words. It’s been an incredible journey and the outcome is an honest record made by people that truly believe in what they are doing, this PMA in your face, this is a pure concentrate of passion, a statement.” 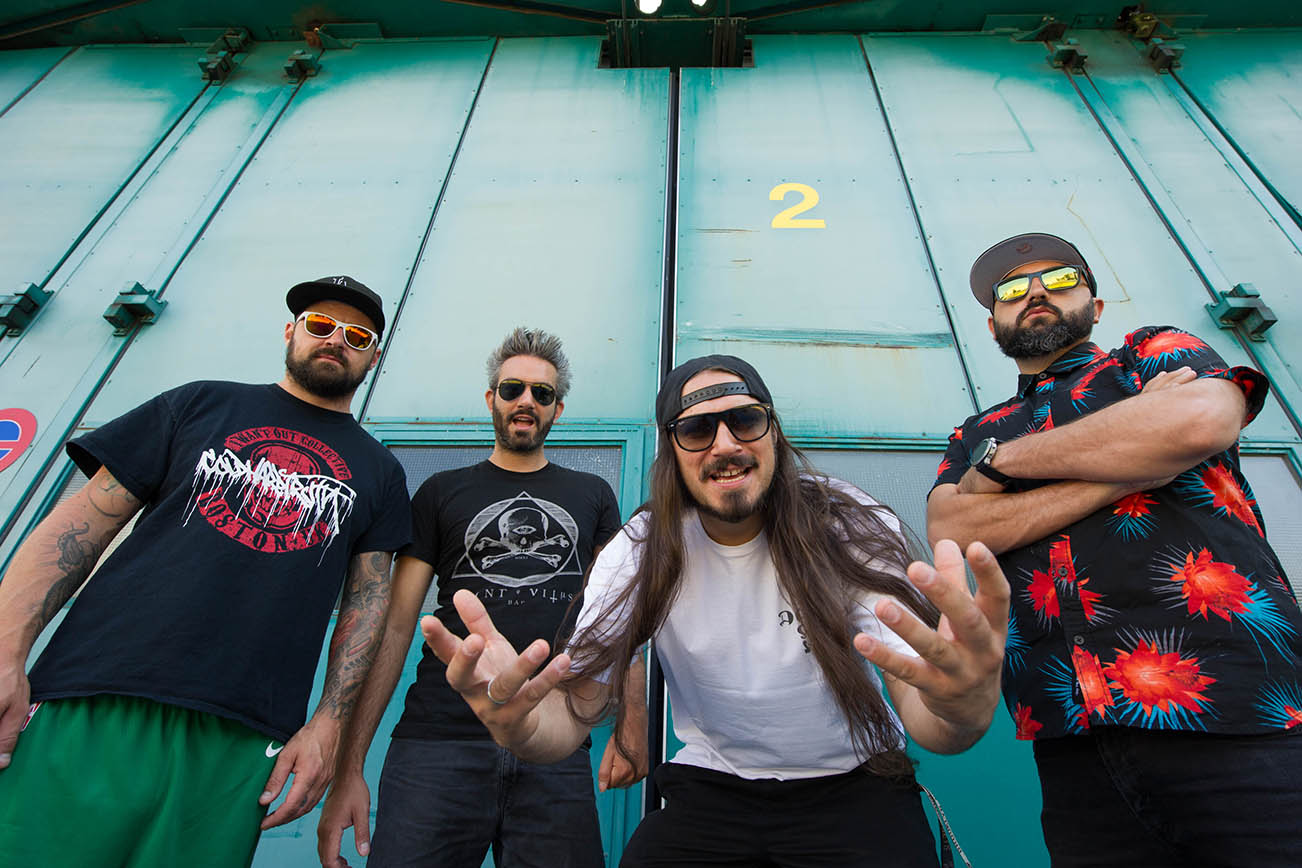