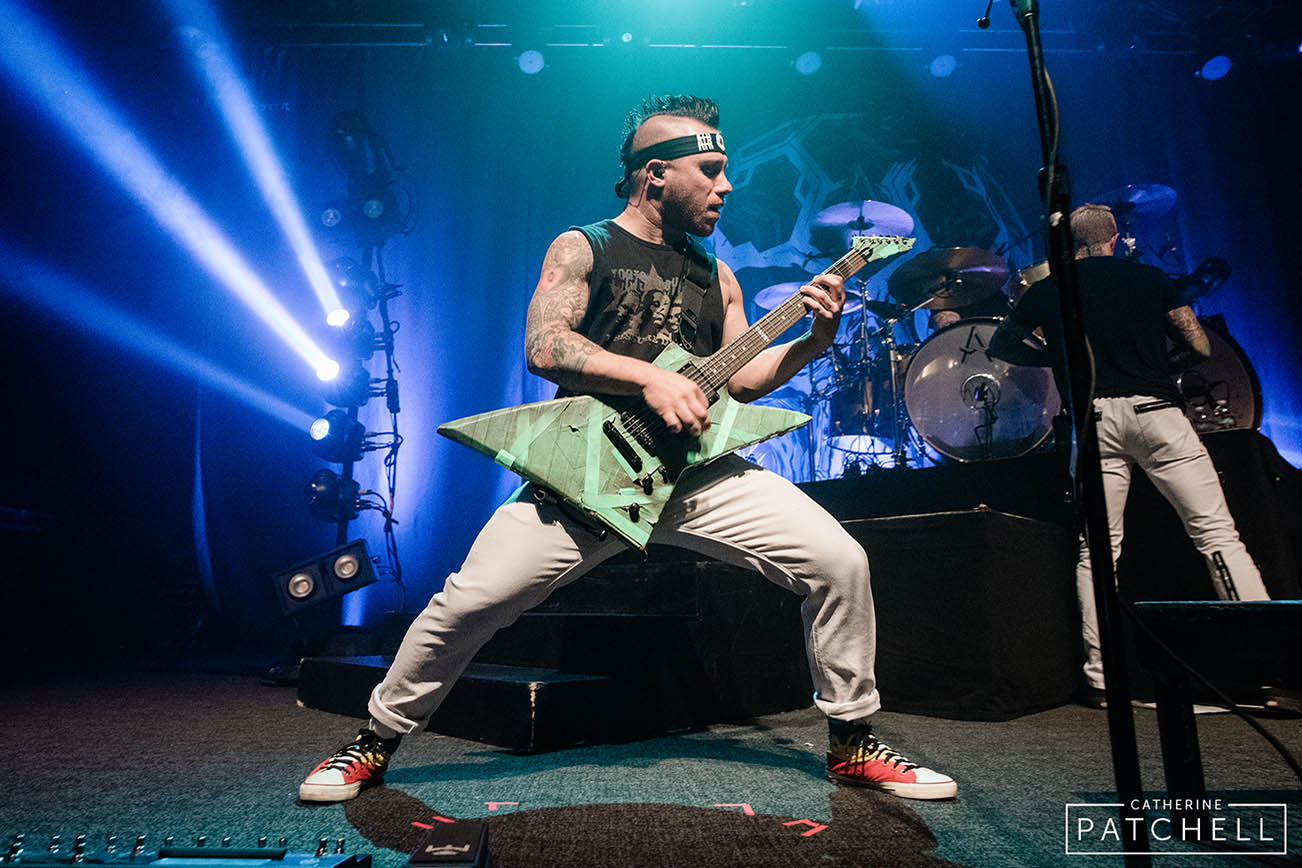 Atreyu’s tour to support their seventh full-length album, In Our Wake, was nearing the end when the band made a stop in San Francisco, CA at The Fillmore. The show proved to be one of my favorites to come through the city this fall because of all the new music that came out during it. Bringing out Memphis May Fire and Ice Nine Kills to share the stage meant that there were THREE new albums being highlighted throughout the night.

I always show up for the openers because time and time again I’ve been introduced to a band or artist that I might not otherwise have stumbled upon – but this night I was unable to make to the venue until Ice Nine Kills (INK) was working to set up and thus missed the first act to take the stage, Sleep Signals. INK wasted no time diving into “The American Nightmare”, the first track off of The Silver Scream which was released in October. With stores having been flooded with Christmas decorations prior to Thanksgiving, I was more than happy to revisit Halloween in December during this set. The theatrical performance did well warming up the crowd for what was to come.

If you’ve yet to watch this video, then “The Time Is Now”.

Next up was Memphis May Fire and they delivered the flawless performance I’ve consistently seen them give. Even only being a couple weeks out from when their sixth album Broken dropped, in the middle of November, many in the audience already knew all the words to sing along. When vocalist Matty Mullins surveyed the crowd to see how many people were at their first Memphis show, few hands went up. When he then asked who had seen them before, the crowd erupted with cheers.

Last but not least, Atreyu stormed onto the stage as they started “In Our Wake,” the title track of their recent release. The floor was a little thin throughout the beginning of the night, but by this time it had filled up. It was fun to hear a mix of new music from Atreyu amongst the classics you could be certain they wouldn’t leave off the setlist. Bassist Porter McKnight snuck away from the stage during “Ex’s and Oh’s” and joined the crowd on the floor. A circle pit was quick to form and you could tell by the smile on his face that this was one of his favorite moments of the night.

But the excitement didn’t stop there. The set even had guest appearances from Spencer Charnas (INK) for an Atreyu classic, “Bleeding Mascara,” followed by Mullins (MMF) during an encore of “Lip Gloss And Black.” A unique highlight of the night was when drummer Brandon Saller came to the front of the stage to join guitarist Dan Jacobs in giving away the award (a giant trophy I might add) to San Francisco’s fan of the night.

Can’t wait to see all three of these bands hopefully come around again in 2019!