Carl Barat says, “Camden Rocks is the weekend when Camden comes as alive as it ever was and should always be.”

Ginger Wildheart says “Fucking yes, I’m coming back to the scene of the crime. Camden town, home of every bad memory in my head. The cause of the worst hangovers I’ve ever crawled through. Scene of more heartbreak than Bon Jovi’s back catalogue. I’ve done enough to keep the North London drug trade healthy that I should have a street named after me. Or at least a hospital ward or two. And yes, I’m coming back. This might not end well…”

Taking place on Saturday 1st and Sunday 2nd June 2019, early bird tickets for Camden Rocks 2019 have already sold out but you can get more information at the Official Camden Rocks Website. 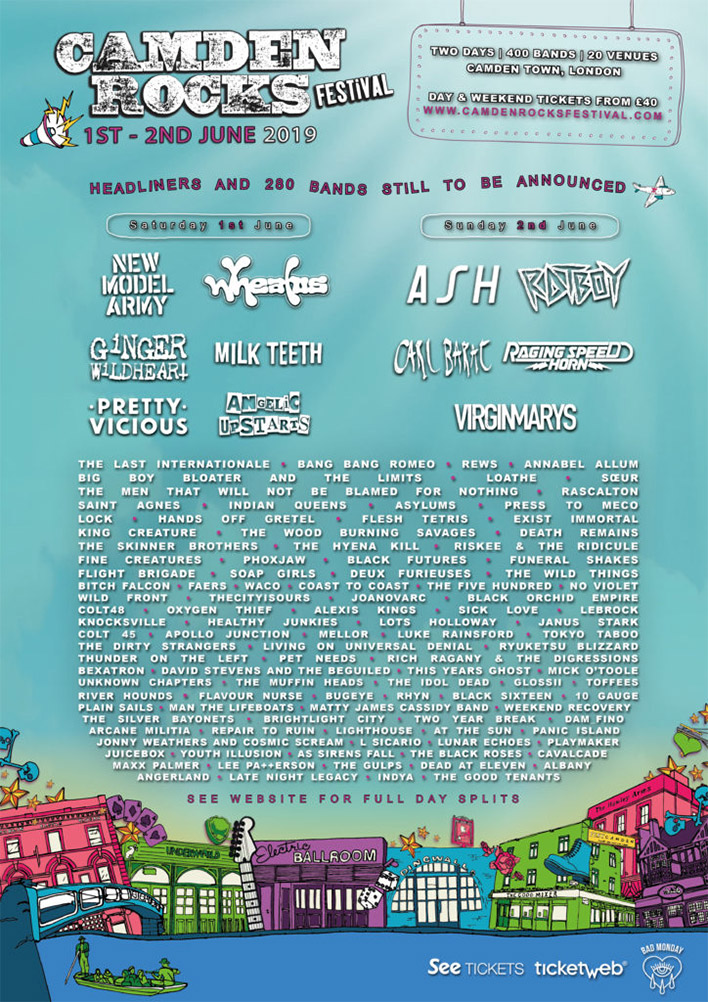