Frank Cross (played by Murray) is an uncaring, and unforgiving television executive whose live production of “A Christmas Carol” is more important than any true meaning of Christmas. Before the night is over, he’ll take a hilarious journey through his past and into the future to find redemption and put a little love in his heart. Celebrate Christmas past, present, and future and get in the holiday spirit with Scrooged on Blu-ray, DVD or Digital beginning November 19th. Yule love it!

To celebrate the 30th anniversary of Scrooged, actress Karen Allen (Claire Phillips in the film) fielded a few interviews and talked about the film, and it’s enduring legacy.

Do you find it hard to believe that this movie Scrooged is 30 years old? Does that weird you out?
Karen Allen: Yeah actually, it does. And I mean Animal House just had its 40th anniversary, and that freaks me out too. It’s like you know it goes by in a flash. 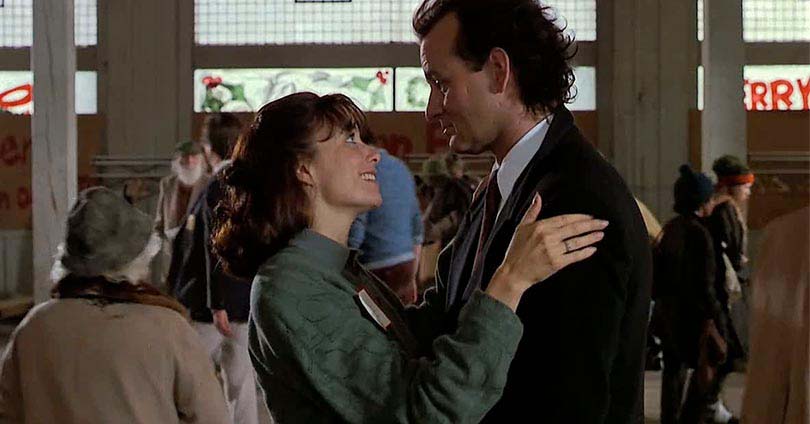 Not every actor gets to appear in a Christmas movie. I think they’re almost evergreen because they’re going to come around every year and people just sort of glom onto them.
Allen: I know, it’s fascinating, and I don’t think it I think (I mean this is from my perspective and other people might have a very different perspective) it took about ten years for this film to really catch on in that sort of way. I don’t remember it being a big Christmas movie right out of the gate. I think it did well when it came out. But I think it sort of built some momentum over a period of time and then all of a sudden it just really became like one of the half-dozen films that were on television every year or being brought back up on film screens and talked about it as a Christmas classic and things like that.

It’s pretty great to be in a Christmas movie because it does become ongoing. I often say that about Animal House, it’s the film that just keeps going. It’s like a little Energizer Bunny or something, and it’s constantly going; I call it the film that doesn’t stop celebrating itself. Scrooged has that too. It’s sort of built up this beautiful kind of history to it.

Now we’ve pulled you into that project? Was it the fact that it was a Christmas movie. Was it working with Richard Donner? Was it because Bill Murray was in it?
Allen: I think it was a combination of a bunch of things. I had met Bill… I probably met him in passing in the Animal House years just because I was around a lot of the Saturday Night Live people after we made Animal House. Maybe a year before Scrooged, Bill had an interest in working with a Shakespeare company that I had worked with and I had some very good friends there and he had come up to meet with them (about) working with them a little bit. And they were talking to him about doing some of the great Shakespearean roles with them. Which I don’t believe happened, that never came to pass.

Here’s a terrific clip of one of the more personal scenes between Murray and Allen in Scrooged.

But he had an interest in that at the time. And so I just I got asked to come and audition and met Bill again, and we did a bunch of improvisations in a room. I think Dick Donner was there. I’m pretty sure he was. And it was just fun. We just had fun together. I know I left very hopeful that they would ask me to do the film. I had read the script, and I thought it was just great. I loved the idea of doing a modern retelling of Scrooge. I thought Michael O’Donoghue and Mitch Glazer had written a very smart script. The idea of him being a TV exec and of Claire being a social worker and I thought it all just clever. I liked it. I got it. It worked.

Any of that improvisation you did with Bill Murray, did it make it into the film?
Allen: Oh no I think we were just playing. I don’t even know if these improvisations we did even had that much to do with the script itself. Maybe they did. But we did a lot of improvisations (over) the course of the film. So you know Bill being a comedian, really that is kind of his lifeblood, improvisation. So you know I mean possibly much to the chagrin of Michael O’Donoghue and Mitch, you know, he often would use their written scenes more as a springboard to a scene than necessarily looking at the words.

From my tradition as an actor who started out in the theatre, you can’t change a word without the playwright’s permission. It’s a rule you know equity, you know the playwrights’ dramatists union is very very strict. Bill comes from a very different tradition where it’s all about improvisation and constantly changing and honing and making it better and keeping it fresh and free. I mean, we try to keep it fresh and free as well in the memorize your lines realm. It is kind of two sides of the same coin in the sense, but in terms of the writing, I think comedians sort of play very loose and free with the written word. 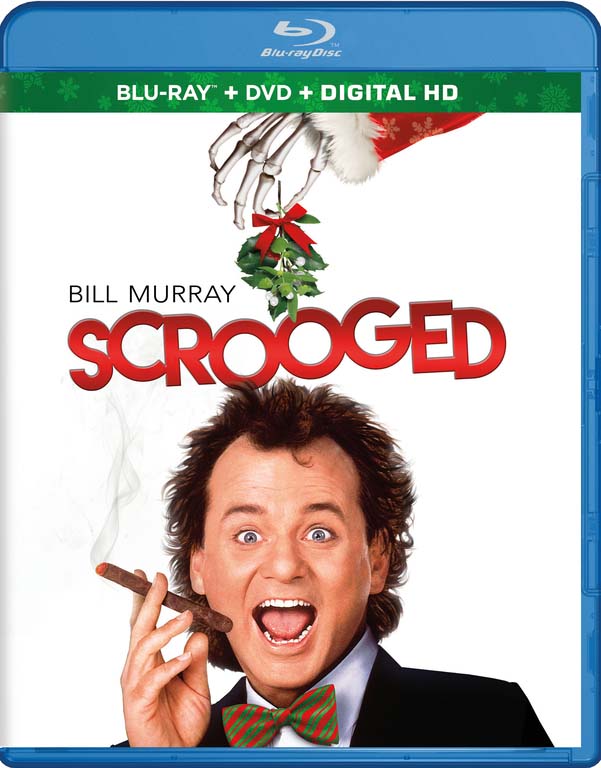 So what’s your movie that puts you in the Christmas spirit, Karen?
Allen: Well, I’m an It’s a Wonderful Life girl. I must say. And White Christmas. I think because I grew up with a lot of those films watching a lot of those black and white beautiful films from the ‘40s, those Christmas films. I have kind of stuck to that tradition although I love to watch Scrooged at Christmas. In fact, I’m going to see it twice this year on the big screen because they’re going to show it in New York City at the Metrograph. The Academy is doing a screening of it to celebrate thirty years.

I have a house in a little town in western Massachusetts, and I’m on the board of the film festival that happens there every year. And they’re hosting a screening also of Scrooged on a big beautiful old deco movie theater there. It’s going to play there, and I’m going to go and do a little Q&A there for both of them. So I’ll get to see it not just on television but on a nice big screen with a nice big audience twice this winter. So that will be fun.

Can you talk a little bit about Richard Donner what it was like working with him on this film?
Allen: Well I just adored him and still do. I haven’t seen him for a number of years now, but he’s just one of the sweetest, loveliest, most upbeat, positive people. It’s extraordinary that he’s done as many kinds of large films as he has. It would take that kind of personality to really be able to move through those kinds of films as wonderfully as he does. But I found him terrific. I mean really. I guess you know one disappointment I have is that I have never gotten another chance to work with him because I really enjoyed it.