American band, The Penny Serfs, are an indie/rock foursome which formed in late 2012 and follow-up January 2015’s Like Eating Glass EP with their full-length effort, Politics in the Time of Heroin, on January 26th, 2018. (Both albums can be found at iTunes and various streaming services.)

The musicians, who all met while working as techs for touring acts such as The National and Regina Spektor, are thrilled to be creating their own tunes and it shows in their output. Speaking of work, we synced up with members Mikey Loy and Kyle Lewis to compile this awesome list of 10 things you didn’t know a guitar tech or a drum tech did. Here goes….

Hey there, Mikey and Kyle here from The Serfs. We have played in a band together since 2012 and we have loved every minute; however as most struggling artists do, we have day jobs as well. Our day jobs consist of looking after larger artists and performers in the business. Mikey is a well known guitar tech and Kyle is a well know drum tech. Bands we have worked for: Bob Weir, The Shins, Regina Spektor, Panic at the Disco, Sufjan Stevens, Derek Smalls (yep, the Spinal Tap one), and The National. Currently we work exclusively with The National supporting their “Sleep Well Beast” tour campaign 18 months strong.

Touring as a musician or a tech definitely has is plus sides, and it also takes a lot of sacrifice and work. In this blog we want to list off a few things, like ten things, that you wouldn’t know a drum or guitar tech actually did.

If you’ve yet to hear the band’s latest album, here’s your chance to stream the whole thing.

10. We are nice!
– The fans are very appreciated and respected in the circles we work in. We make sure to hand out setlists and guitar pics to anyone we see. Sometimes it may seem like we aren’t listening (because we are on a time crunch) but we are. We always hand out the extras at the end of the night, because we respect that you being in the front row for a ticket that was worked hard for is so fun. We love seeing the energy from the fans. Anything we can do we will. I promise.

09. We learn as we go.
– Learning is a part of life. Not all of us started as masters of our craft. All of us have open minds. We love hearing new tricks of the trade and mastering them as well as with our own band. We love constructive criticism and are open-minded people. It is how we adapt to the ever-changing music industry. We take pride in our work from setting up gigs, repairing instruments, to our very own Penny Serfs tech soundcheck. We are always trying to grow as musicians artists and techs. We want to be the best at our art and our jobs. And we love both.

08. We all have little tricks and habits we have picked up along the way.
– Stu, our keyboardist, who does monitors on tour has to have two Redbulls over the 120-minute show. Mikey partitions baggies of blow pop lollipops to eat and distribute to the crew. On a more serious note, Kyle has a few page long note list to provide his drummer with needed changes to his kit: cymbal changes, dampeners on different drums. Kyle is a very busy drum tech. Having notes keeps the run of the show very accurate to help his drummer get the best show he can get.

We’re in “Dead Love” with the video for this song.

07. We love pizza.
– Ironically from number six comes this one. We love pizza. Every single show has aftershow food. We work all day and night, some people miss meals. So after the concert has ended there is always a meal acre load out. That meal for us is usually always pizza. We love pizza. Aiden and Mikey are actually pizza obsessed. Kyle is responsible and only partakes sometimes, but if you look up where our bands have toured; we have each most definitely eaten pizza from that country, city etc… Between all of The Penny Serfs, we have eaten pizza from six of the seven continents, and we know the best flavors. It may be a not so healthy food, but it is very pleasing after a sweaty long two-hour load out in Eastern Europe. Pizza holds the trophy for being our trusted calorie supplier at the end of the night. Still, our favorite is Riverbend Taco Pizza in Port Byron, Illinois.

The album Politics in the Time of Heroin dropped on January 26th, 2018. 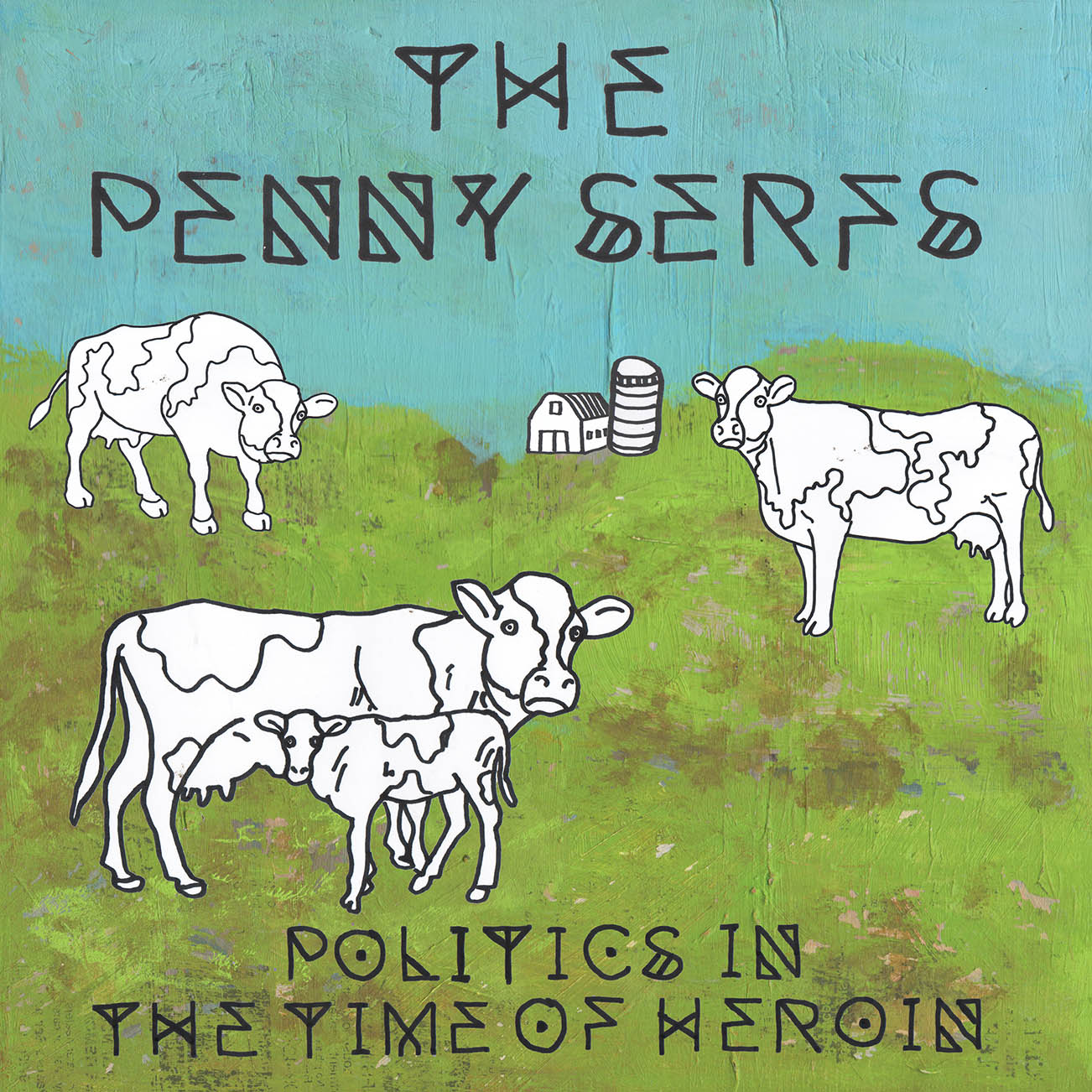 05. We are always there.
– Whether you see your favorite band on Stephen Colbert, SNL or at Madison Square Garden, we are there. You may not see us because we are usually in all black standing with our spare instruments waiting to pounce if something goes wrong. So if you see a person running out there, have no fear we are fixing a small issue hopefully. Sometimes it is wiping up some spilled wine, and others it’s swapping out a bad cable or pedal, but we are there lurking ready to repair and solve any problem to make the best show possible.

04. Sometimes you can hit the big leagues.
– Sometimes you can hit the big leagues. Someone told me once that Metallica’s guitar tech Jim got to play some shows with the band because James Hetfield was injured, a couple times. It goes to show if you know the instrument you are working with that anything can happen. As with The Penny Serfs, Matt Berninger from The National has a side project called EL VY, and he asked us to open his two-week tour in Europe.

We were so pumped up… Those shows still remain some of our favorite for our band. What a lucky and pleasant surprise. Kyle actually gets to play percussion in The National’s set every night as well; I must admit I am a little jealous of this (laughs), even though I have played guitar for Regina Spektor on tour a couple of times. -Mikey

03. You accrue so many airline miles working for bands.
– You accrue so many airline miles working for bands. Most of us are lifetime million mile members, some of us very close. We stack airline miles almost as much as Post Malone stacks royalty checks. This comes in very handy when we are a band with members from Iowa, Michigan, and California. To rehearse, write and record we must fly to a destination, usually traveling to rural Iowa to make this happen. With the countless miles we have from flying with our bosses, we have nearly free flights to make our records and develop our band. -Kyle

There’s no running, just “Walking in LA”. Or is it vice versa?

02. We actually fix things…
– Most of us are musicians. When we are all working for The National, all members of the band are on the road together. Most techs on the road are guys that can really play. One of my favorite techs, Bob Rice who worked with us on Harry Shearer and works with Neil Young, is one of the best guitarists I have ever heard. Kyle is a drummer and I am a guitarist. It’s more of a surprise to hear of a tech who didn’t know much about the instrument they are working on without playing and mastering it over many years.

Some of us have musical pasts. I was in the Interscope Records band Chronic Future. Changes in the courses of life led me to working to support my family. -Mikey

01. We actually fix things…
– Haha, I know, this may seem like a no-brainer issue to some of us, but some people out there feel as if touring is just a party and hanging with the band situation. We are here to tell you, yes, there are many fun perks of the job such as nice catering and great hotel rooms, but we do have to service the gear we look after. For example, our bassist Aiden is Bryce Dessner (The National’s) guitar tech. Bryce’s vintage Firebird’s previous neck repair was starting to wear. It became hard to play and you could feel the joints (a mortise and tenon) coming apart.

Aiden, AJ as he is known by us dudes had to steam the neck completely off, glue it back in with precision, sand it and make it ready for a show one week later. High pressure with this ‘60’s Firebird as it was Bryce’s number one go-to guitar. With the proper luthier knowledge and attention to detail, AJ made the repair and the guitar was playing like new. That’s why we are here. -Mikey

So, there you have it, ten things that maybe someone did not know that we do as techs of major touring bands. We really love being in a band together, but we also love touring for artists whom we respect and enjoy. The days are long, and the travel is sometimes far, but it’s always worth it. Most of us Penny Serfs tour together all the time as techs, so not only are we a rock band consisting of best friends, we are also a crew of best friends teching for groups such as The National. We hope you check out our music and If u see us on stage working for one of your favorite bands, yell at us and say hello! 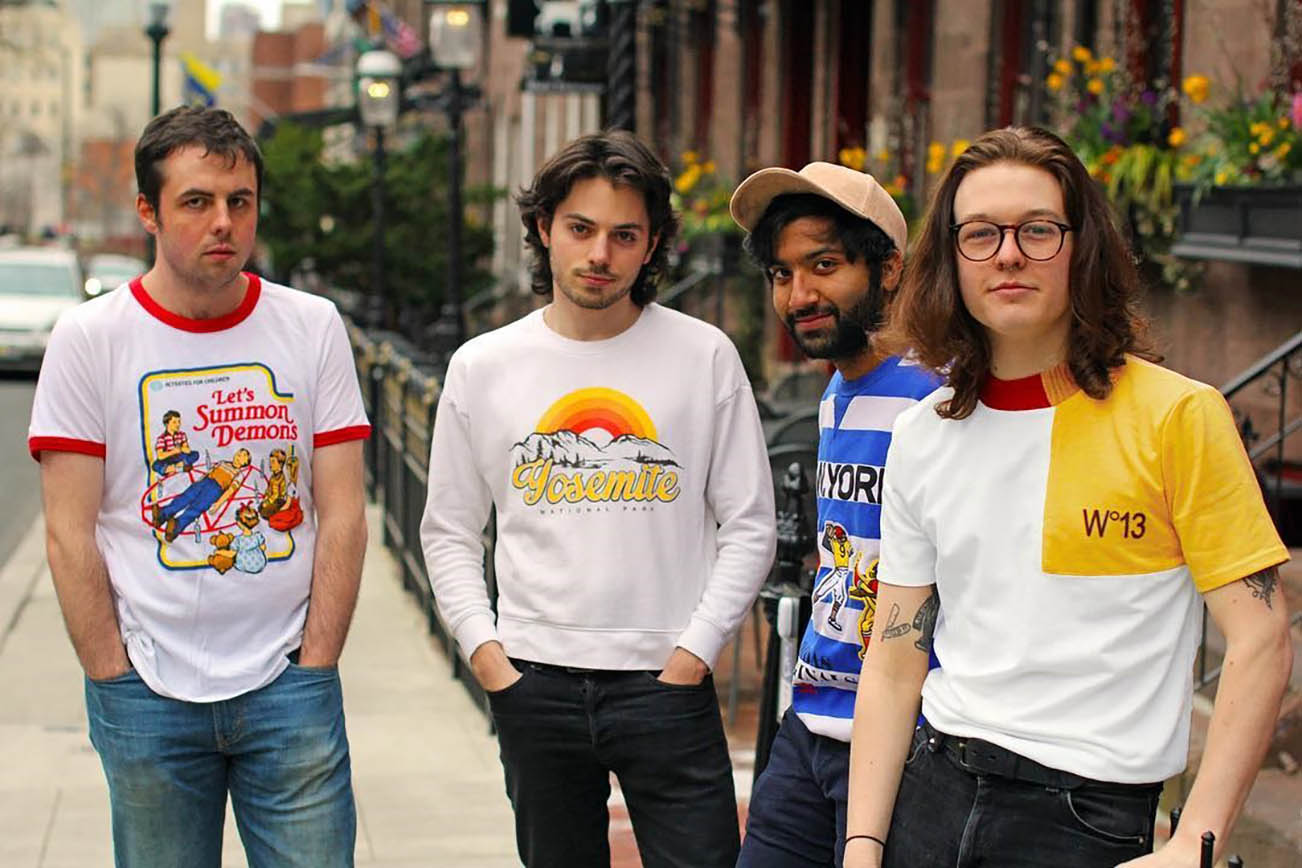