Honolulu, Hawaii blues rockers Kings of Spade recently celebrated the release of their brand new self-titled album; it dropped on October 19th via Soundly Music (purchase your own copy here) and is a crunchy, riff-filled recording in the mold of the group’s influences like Led Zeppelin, Jimi Hendrix, and Aretha Franklin, among others.

To get the best and most efficient blues and soul undertones they possibly could, the guys worked with producer Dave Cobb, responsible for albums with acts the likes of Rival Sons, Judah and the Lion and Chris Stapleton. It required only two weeks to produce which speaks to King of Spade’s chemistry, with Cobb at the helm. Because we like to change it up and not always just focus on the musical side of things, we spoke to Kings of Spade drummer Matt Kato about his awesome “body” of tattoos.

Without further ado, it’s time to yell “Bottoms Up!”

When, where and what was your first tattoo?
Matt Kato: My first tattoo was when I was 15 years old, still in high school. We were at my best friend’s sister’s boyfriend’s friend’s house in the garage. I was told that the guy with the tattoo machine knew what he was doing… and he kind of did, I guess. I got a skull and crossbones on my upper left arm. I have had to have it touched up since then. My best friend got the word “DUECE DUECE” on both his triceps. Later we learned that it should have been spelled “Deuce.” Until this day, he still has the tattoo misspelled.

Do any of your tattoos have a special meaning?
Kato: A special tattoo that I have, which also two other band mates share, is “SZQ.” A tribute to our biggest fan and supporter Sue who is no longer with us. We love her and miss her dearly.

Do you have a specific shop or artist that you frequent?
Kato: The artist that I go to is my homie, Ronnie Yamada! He works out of 808 Tattoo in Kaneohe, Oahu, Hawaii. He’s the man!!!

No need to imagine stuff, this is what Matt Kato’s tats actually look like.

Do you have any new tattoos planned or underway?
Kato: I can be impulsive, with tattoos. I have literally gone into the shop before with no idea of what to get. I told Ronnie, “What do you feel like doing?” and we do that. But, I have been thinking of knuckle pieces for years. I have come up with, “TAKE IT EASY” with the I-T on my thumbs. But I am still not sure. I am open to suggestions.

Have you seen any fans with a band tattoo, anything crazy or memorable?
Kato: Our homie from Hawaii “Honey Bunch” (check her Instagram, she’s awesome), also my tattoo twin (we have many same tattoos), has our Kings of Spade spade on her. Kasi, also one time signed a chick’s arm in Maui after a show. We came back to Maui a while later and that chick got the sig tatted! We have a few friends and fans that have Kings of Spade tattoos in a variety of ways.

We know you have one… tell us about that stoned/drunken joke-tattoo you once got….
Kato: I have a few of those. I got (the classic television show) The Goonies, “Goonies Never Say Die” on my wrist in my own handwriting. That got there by a No Cash song, “A Better Tomorrow,” which me and my homie Brian (a tattoo artist) were listening to (a bottle of Jack in) and he asked, ”want to get a tattoo?” He tatted me and I tatted him. Let’s just say his didn’t come out so good. 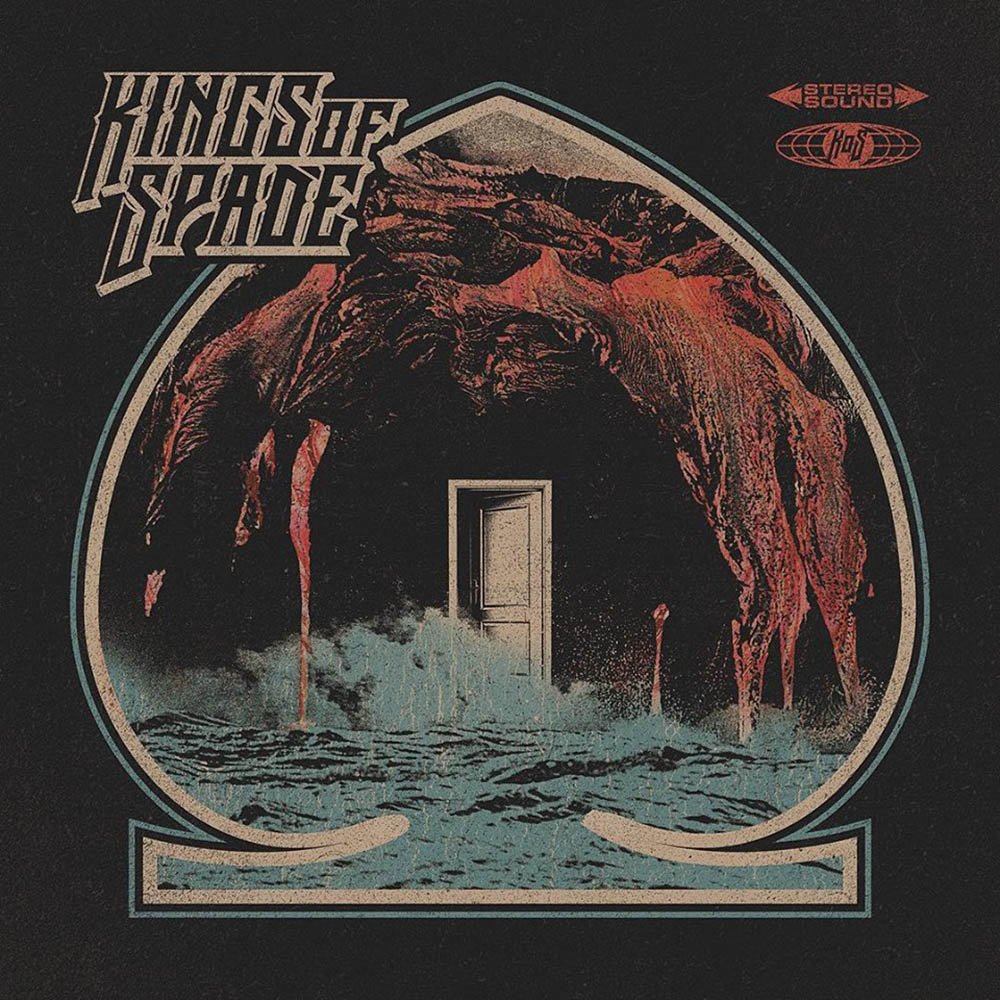 Do you have any tattoos that you now hate, want to replace or have covered up? If so, why?
Kato: No regrets. I have some that are awesome and some that are less awesome. I have had a few touched up, but I am happy with all my ink.

Have you had any tattoos that were painful, made you cry, see white light and regret being born?
Kato: My ribs. And I do not want to talk about it.

If you had to get someone’s face tattooed on you, whose would it be and why?
Kato: Mom and Pops. Love them to death. Only a matter of time.

Don’t click away just yet. Check out the band’s video for “Way She Goes.” 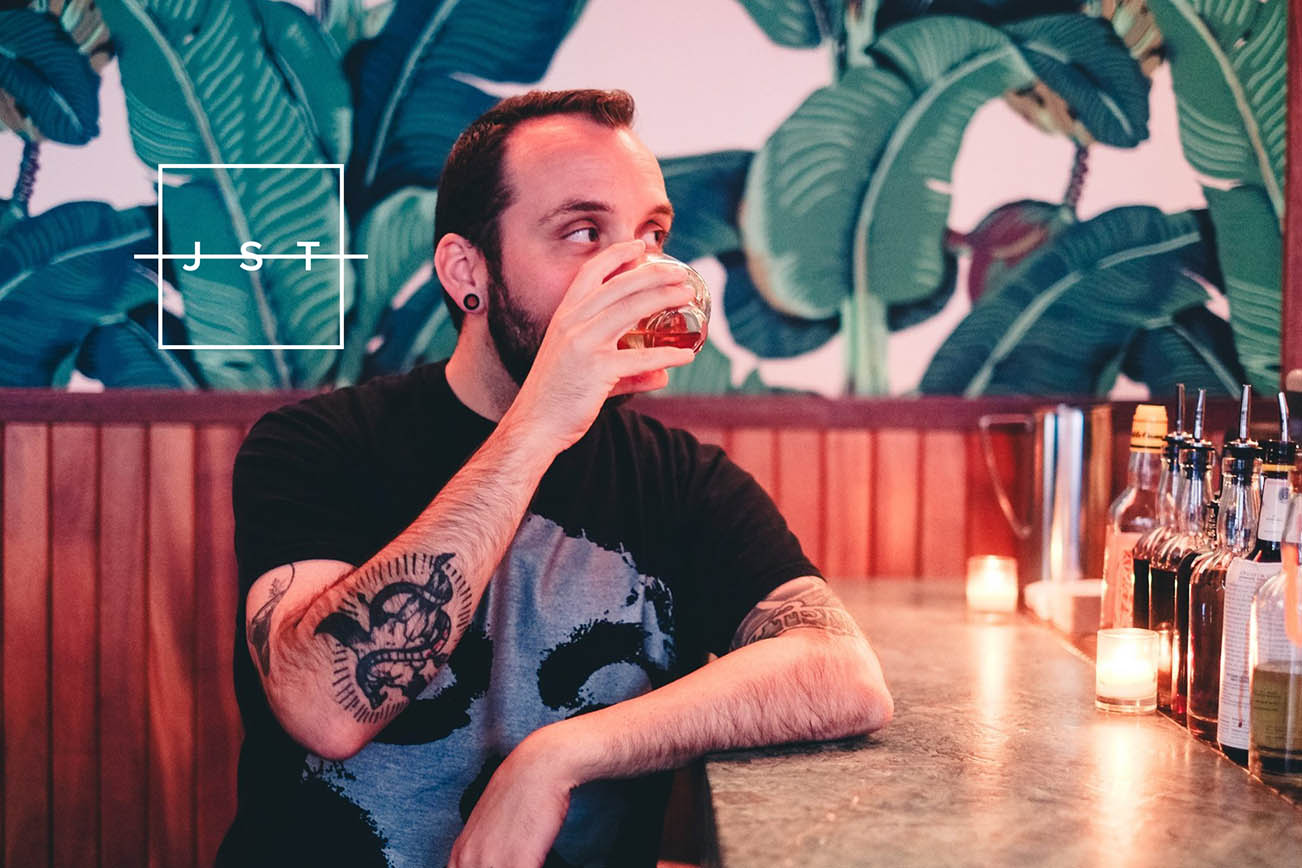