American extreme metallers, Revocation, recently released their punishing new album, The Outer Ones, via Metal Blade Records. Its cover artwork was crafted by Tom Strom, who has been collaborating with the band in recent years. Below, the talented artist reveals how this striking “Cosmic horror-influenced” vision was brought to life.

How did you become professionally involved with Revocation and in charge of creating this cover?
Tom Strom: [Guitarist/vocalist] Dave Davidson had approached me on this cover as we have worked on the last two covers together as well. We had discussed it a bit before and he was already working with the notions of it being very Lovecraftian based.

Did the band provide song/album titles, recordings or any other materials to get you inspired?
Strom: When we start, we never really talk about song or album titles, or listen to any clips of the music which is how I think it works best. That way we’re not really trying to adhere it to a specific thing right off the bat, especially for this cover. We usually start with what Dave has been reading or what artist’s work he’s been inspired by and the ideas he’s trying to bring forth from these inspirations. We connect really well on this part as we have a lot of these same influences.

The Outer Ones album dropped on September 28, 2018, via Metal Blade. 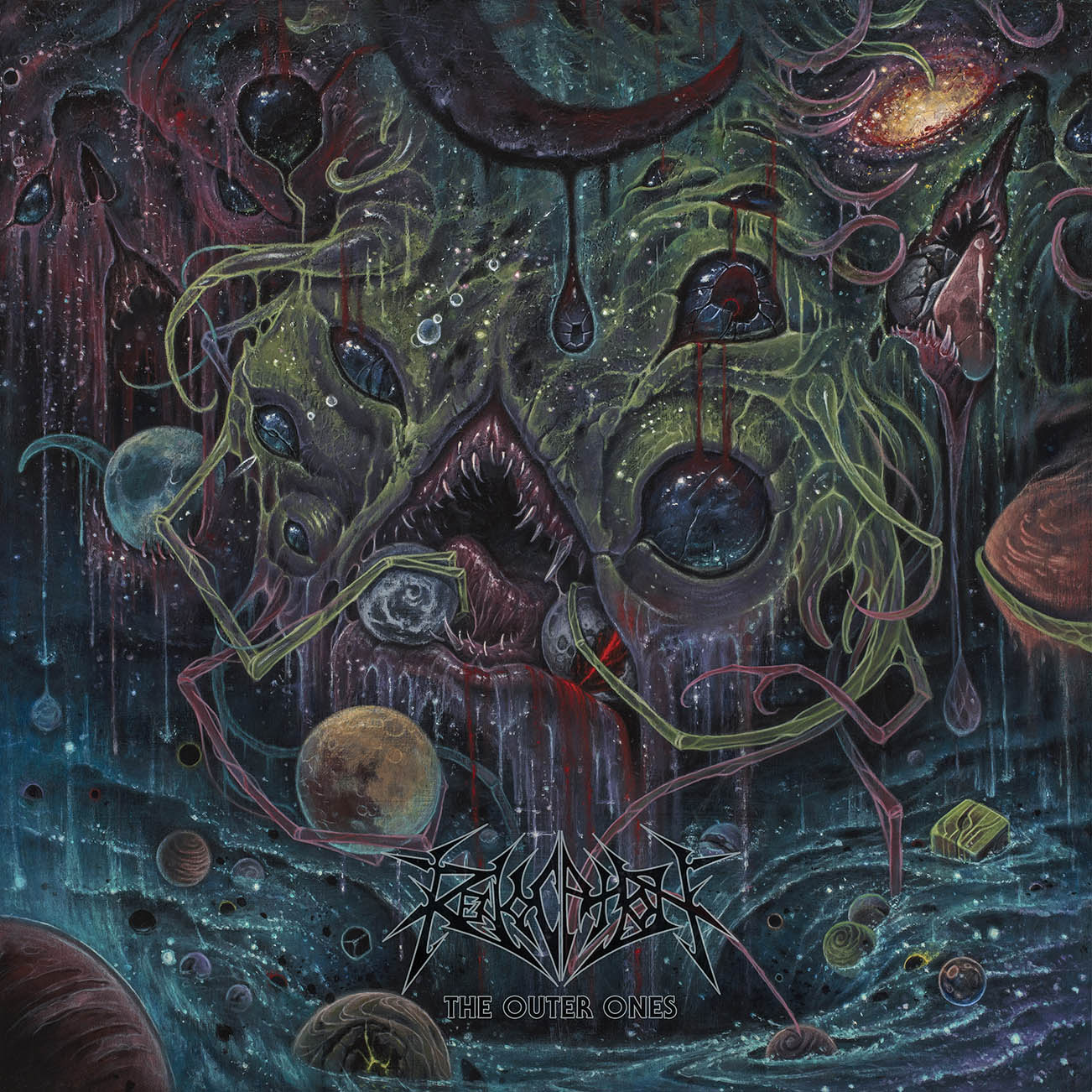 Can you provide details about the cover concept?
Strom: This time around, Dave wanted something cosmically oriented and very complex. The main image was to be a tribunal of sorts with three chaotic beings overlooking a cosmic centerpiece. It had to be amorphous, dripping with planets, stars and burnt out stars from a vaporous mouth. These deities consume everything in the cosmos even as they are being created. This would be a good challenge.

How was the creative process, from sketching to painting the definitive artwork?
Strom: I went through three separate preliminary drawings before we found the right one. Once we settled on that, I began to get a wood panel prepared. I started with an all black background and then just began painting it as if this thing itself was growing right out of the darkest depths of space. The whole thing was done in acrylic paint with tons of layered effects and details. As I got on with the painting, things begin to emerge and take on a life of their own. Sometimes they work and sometimes things get painted over and restructured. I only have a basic plan when I start these things as it’s fun to just let my imagination get in to it and let things come naturally.

Not for the faint of heart, this band is clearly “Of Unworldly Origin”.

This is an artwork rich in significant details. Can you comment about some of them?
Strom: There are details that only come at that moment and those always tend to be my favorite parts. I think my favorite detail in this piece is the mini red eclipse inside one of the shattered eyes of the main deity. The space drain was a fun concept that we tried in the first sketch but it didn’t really work there so we dropped it. Once I drew the third sketch of the creatures, it was only fitting to have them looming over the drain and essentially vomiting down in to it as it consumes the universe around it. Making the planets in to multiple shapes helped break up the composition of the piece as well and make it more interesting. By the end of it, the whole piece felt alive and had become these beings that Dave spoke of.

How was the overall experience of working on this artwork and collaborating once again with Revocation?
Strom: This was an incredibly fun painting and very challenging. I don’t think Dave or myself saw this panting coming when we started talking about it. I think it has a good fit for the musical landscape that Dave and the guys in Revocation are putting together. I’m excited to see it all put together in the end and really see how the music and the cover come together. I feel like each cover we do only gets better than the last. It’s fun watching them grow.

Check out one of Tom’s original sketches of the album art. Sick, right? 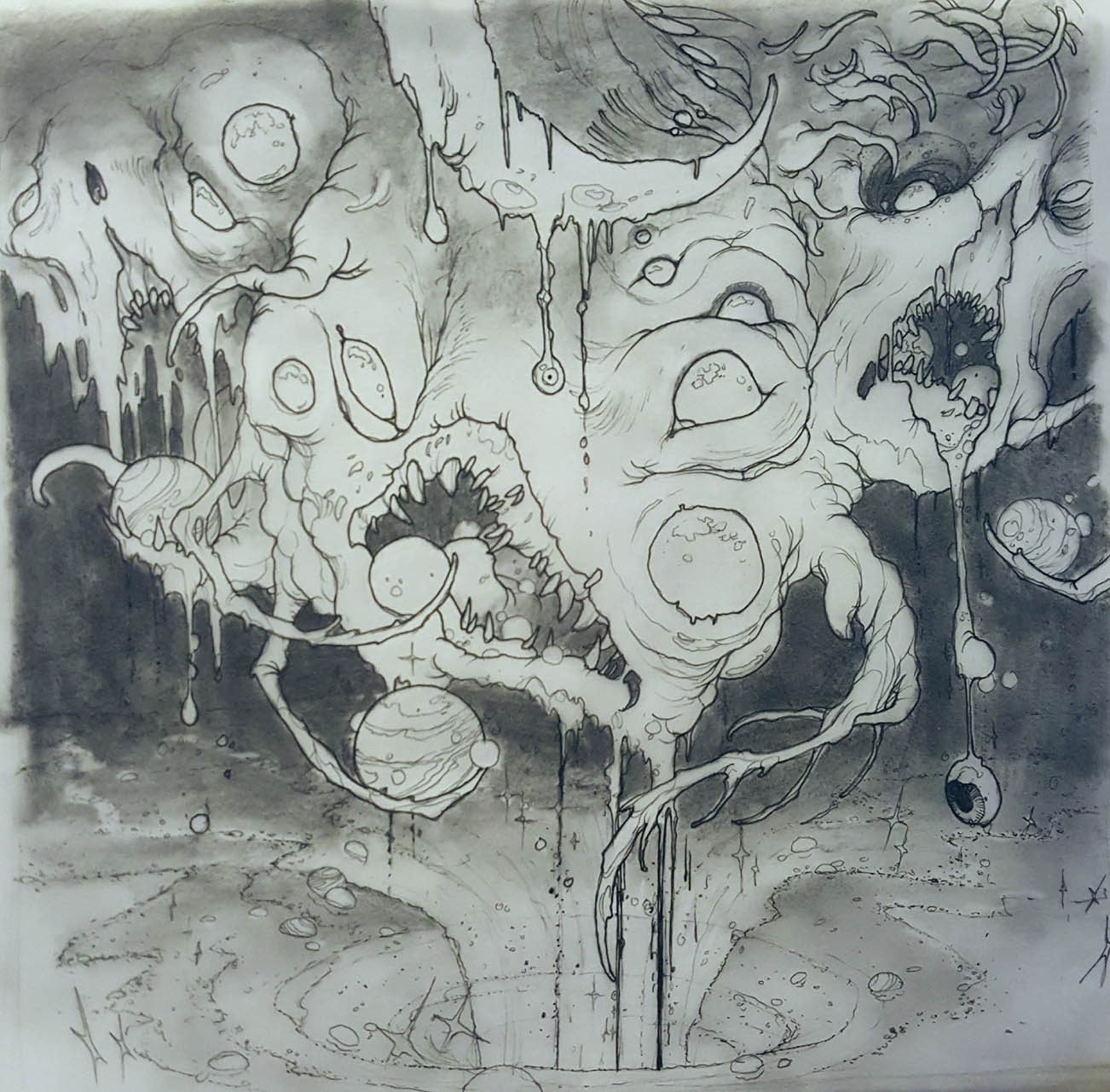 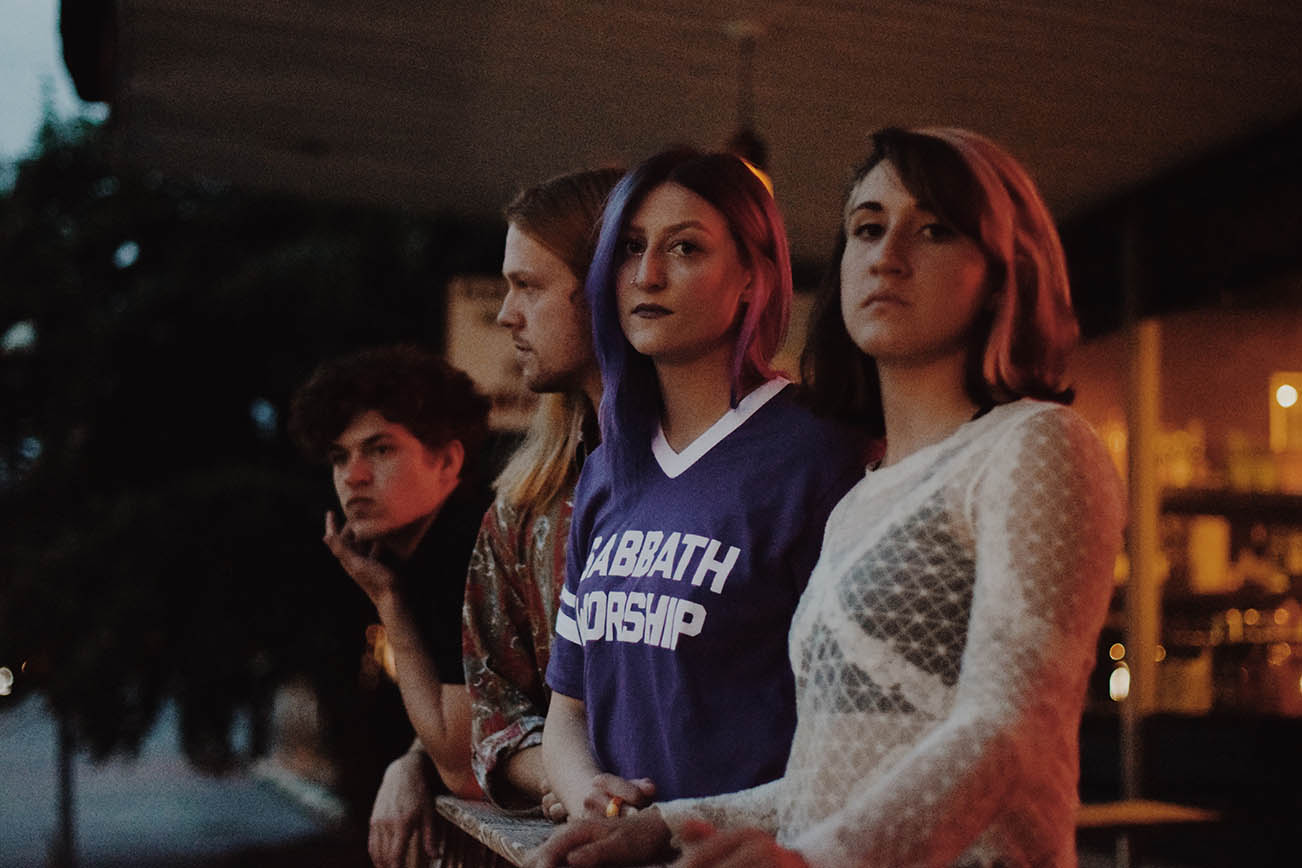 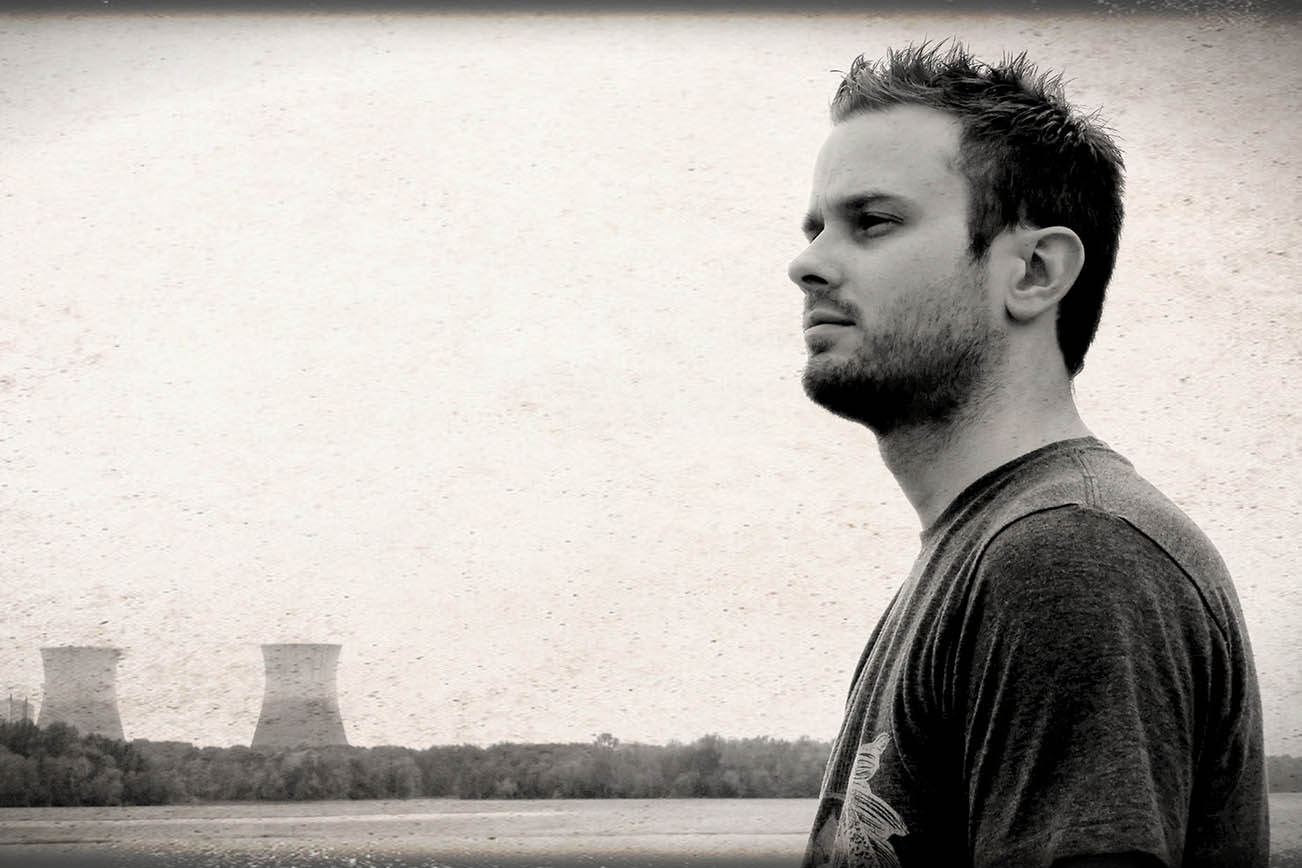