San Fran atmospheric rockers The Living recently dropped their album, Drinking From The Trough Of A Tyrant’s Piss, on October 19th. Formed in 2015, this quartet of long-standing friends create ambient, prog-leaning rock with mixes of shoegaze, metal and pop. Their newest record is a six-track effort building on the foundation of their 2017 self-titled release by adding new instrumentation and electronic elements. To give us the backstory on each track, vocalist/guitarist Derek Barnes joins us for this exclusive track-by-track.

01. “Dirty Dream”
– This song was the most appropriate way to open the album. It showcases new instrumentation and electronic elements, something we hadn’t experimented very much with in the past. It oozes with atmosphere and has a super catchy climax at the end. The words were written half-asleep one night and are a bit vague. but I had a girl in my head when writing them. I think we were all very curious to see how this song would turn out in the studio, but, when we heard the first mix, we were elated. We shot a video for this song and wanted to make it look surreal and atmospheric and we’re beyond pleased with how it turned out.

The clean and respectable video for the intro track.

02. “Vivaldi”
– This was the first song we wrote for the album. Like many of our songs, the bulk of the parts came out of jamming. The main riff is one of the coolest on the album and I like how it weaves in and out of the song. The chorus, initially titled “Face in the Shower”, is extremely atmospheric and also has some nice electronic drums, another new element we used in places on the album. “Vivaldi” was the working title that Jeremy, our bass player, came up with because the main riff…sounds like Vivaldi. So we just left it as the title. Shout out to Antonio. I wrote the words in the car when we were on tour last year. Some lines can be construed as sexual, but this is more about needing privacy and being surrounded by people in close quarters.

03. “Mask”
– “Mask” doesn’t have a hard concept, lyrically. I was laying in bed one night and couldn’t fall asleep. As corny and cliche as this sounds, most of the lines popped in my head so I got up and jotted them down. In the back of my head I was thinking about feeling inauthentic at my job. This song went through several iterations before we landed on what is on the album. It has a really groovy, bouncy feel which we were aiming for. There’s a really old YouTube video called Arnold Rave that always pops in my head when I hear this song. I wanted this to be the song that Arnold is raving to and I hope we succeeded. I love how epic the verses feel with the climbing bass notes against the vocal harmony effect. Definitely one of the most fun songs to play. The working title of this song was “Grandpa Mo’ Wonderful.” No idea what we were thinking. 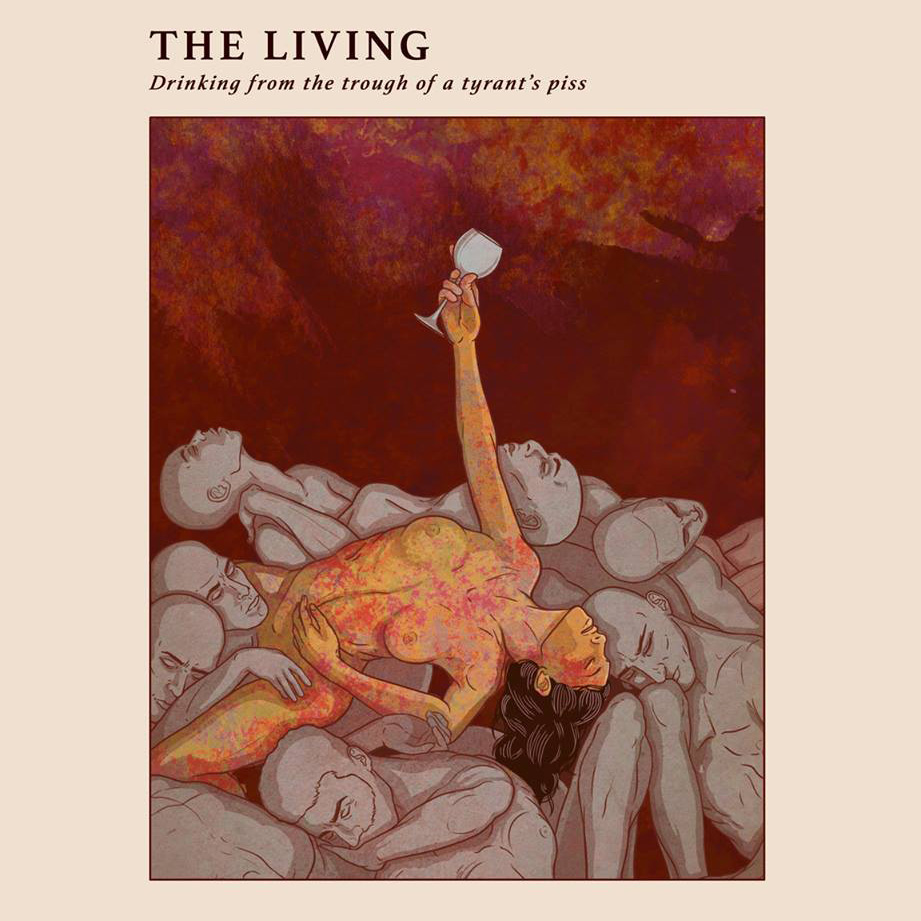 04. “Leaving”
– This song went through so many goddamn versions that it makes me sweat just thinking about it. The practice space can be a dingy little den aged with sweat, farts, and little patience. Reworking a song over and over again in a tiny room can be extremely tedious but is ultimately necessary. It sounded TOTALLY unlike how it does now but we’re really happy with how it turned out. It’s uptempo, has a bit of burn, and features a huge melodic chorus. This is about dating someone who travels a lot for work and the frustration that comes with it. Also has “firecracker” as the opening word which is cool. The original title was “Funk Dio”. We’re stupid.

05. “Drinking From The Trough Of A Tyrant’s Piss”
– I really like the absurdity of the title. I was reading a lot about cult leaders and people in positions of power and influence who demand bizarre and grotesque acts from followers to demonstrate loyalty. Some examples are James Arthur Ray and the sweat lodge deaths, Jim Jones and Jonestown, Heaven’s Gate followers etc. The image of people lining up to drink the piss from their leader is pretty gross and a bit silly, but paints a hard visual. People getting off from their subordinates was a main idea. Very happy with how this turned out, as it is a bit different from most other songs we’ve done. It’s groovy, has a nice beefy chug riff, and some nasty sounding distorted vocals.

What’s with the “Delay”? Watch this video today!

06. “Stab”
– This is a very pleasing song to listen to. We added a ton of layers in the studio to really sell the atmosphere. There’s organ and Rhodes piano all over the song. Again, we jammed this one out a lot and the really big part of the song in the middle was very satisfying for all of us to write. The song starts off very delicate and pretty, then erupts with noise before coming back down. We’re all about dynamics in this band so we blend light and heavy all the time. The opening chords with the envelope filter effect was extremely suggestive of the ocean for some reason so I started writing about waves as memories that I “surf” upon, “treading” on them and not letting them go…you get the idea. “You stab, I’ll twist the knife” is a line about making everything worse than it needs to be. This seemed like a very obvious song to close out the album. 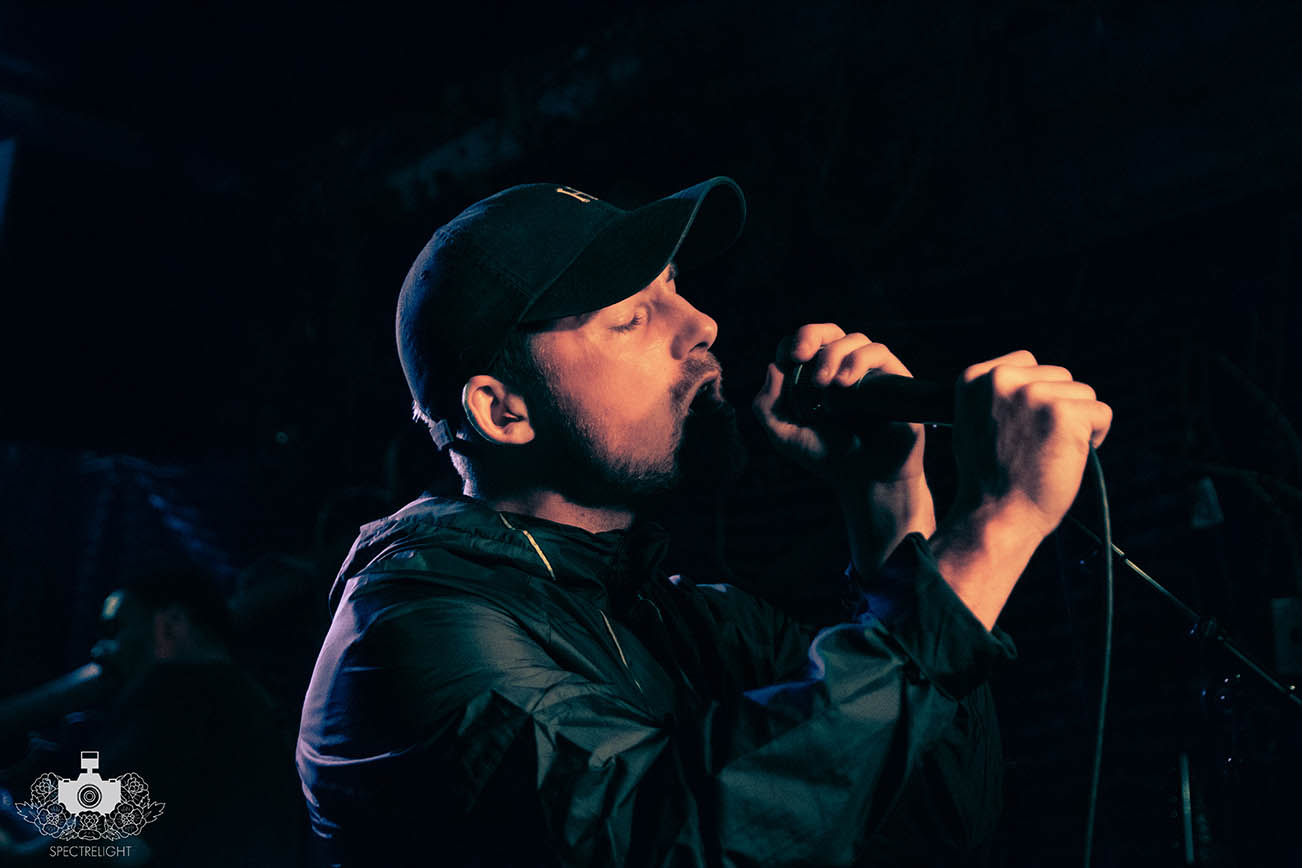 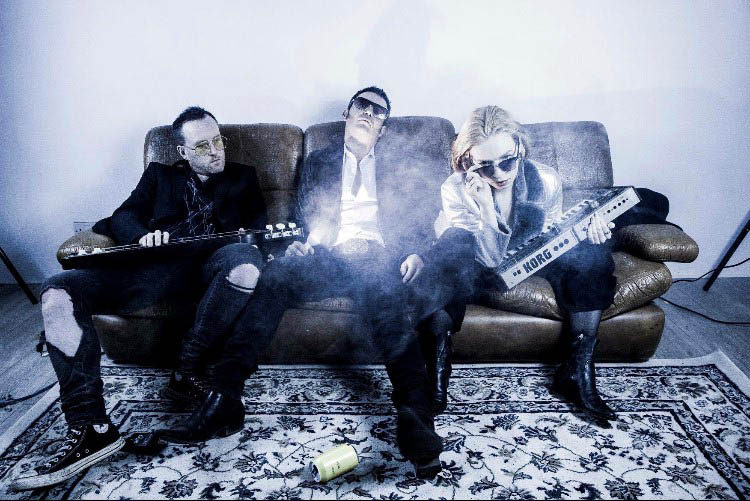