Stacy Samuel, also known by her stage name sam, is a local Toronto area singer, songwriter, and performer who has struggled a lot in her pursuit of a career in music. Through her personal struggles, she learned that writing and singing were outlets for her to express her sensitivity and a means to cope with the feeling of vulnerability. It has led her down this path towards a musical career and adopting the moniker of sam which has helped her become the most confident version of herself.

Her sound, and voice, are dark and expressive and raw in an emotional way. Her recently released single “Wreck My Soul” offered her a sense of calmness and a positive outlet to express why she felt so poorly about her life. Through music, sam is now on the right path forward and she was kind enough to share with us a new, more seriously sided edition of Purely Provocative where sam offers a look into her personal struggles that we can all relate to.

Any near-death experiences?
sam: I’ve had plenty of near-death experiences most of which have been caused by myself. I guess you could say that for quite some time I’ve been in a war against myself and battle a lot of suicidal urges at times. The most prominent in my mind was last November. I had been plotting against myself for a while. I wanted to end my life. My friend had just died and I was in a terrible headspace. I was drinking a lot one day alone at home and just decided that was it. I swallowed a bunch of Benadryl and crawled into bed expecting that to be the end of my life. Intoxicated and overdosed on pills I just didn’t give a fuck anymore. I fell asleep and woke up with the bottom half of my body paralyzed and my breathing being very laboured. I think I could have very easily given up and given into death. I could barely breathe.

But for some reason, I fought it. I forced my upper half up in bed and forced myself to take deeper breaths. I fell asleep again and when I woke up the next time I was able to move and breathe. I was unsuccessful with suicide and I wasn’t sure how to feel about it. Had I just been gifted life again? Or was this some kind of curse? Life has its ups and downs and I can see now how my potential for life had not yet been fulfilled at that point. I hadn’t even fully dived into the creational aspect of music at that point. And that is what truly saved me. 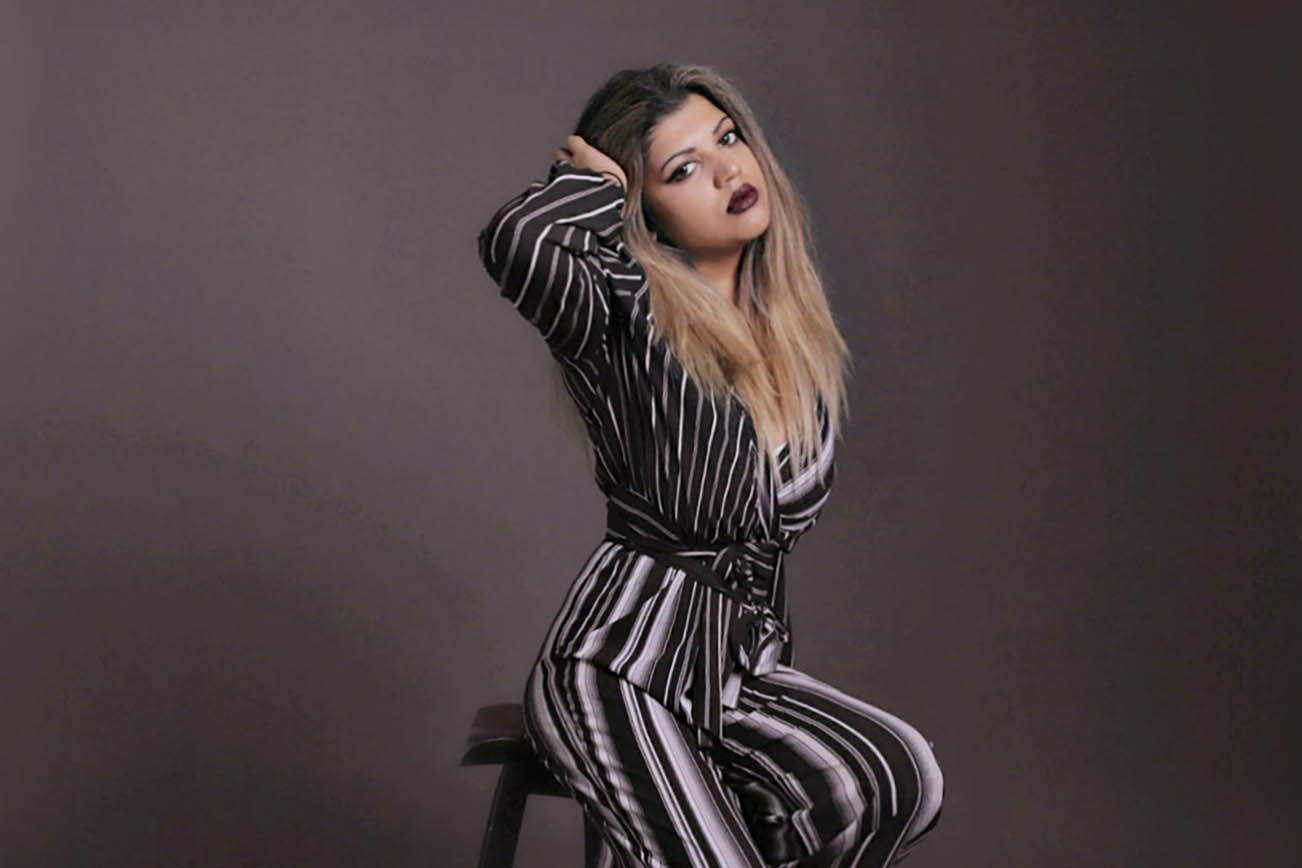 What’s one of the most fucked up things that’s happened to you as a musician?
sam: Being brand new to this scene, I haven’t had a lot of musical exposure. But I’d say the most fucked up thing that’s happened to me as a musician was getting an invite to do a recording session with a producer in the fucked up side of the city. He scheduled the session for like 8 pm after it had gotten dark out and gave me directions to some kind of gated abandoned warehouse. When I walked up to it, it honestly looked like something out of a horror movie. Desperate for some kind of exposure, support, and new talent, I pushed on and decided to try to figure out how the fuck to get into this “studio.” I ended up messaging the guy who was welcoming me into his warehouse from hell promising a chill recording session. He was giving me directions from the back entrance to get in and I ventured in and eventually got lost enough to not give a fuck anymore and leave. The guy got really pissed that I left and called me unprofessional but I could care less given that I think I had just escaped some kind of attack.

You find someone’s wallet in the street. It contains a ton of cash and/or a winning lottery ticket inside and their ID. What do you do?
sam: I’m pretty sure I’ve been in this situation before…maybe not with a ton of cash…but returned the wallet nonetheless. People have a right to their own money. Now if I, a stranger shows up at their door and makes their day by returning their wallet and cash, and they decide to give me something out of it…that I would not be opposed to.

Name some of your biggest pet peeves. You know… those ones that make you want to wreck shit!
sam: Pet peeves that make me want to wreck shit. Like Drake, I go 0 to 100 real quick. So it doesn’t take much to piss me off if I’m in a mood. With that being said, I always try my hardest to think before I act, and not always act in the face of anger. One of my biggest pet peeves right now would have to be the annoying sounds people make when they eat. Not like regular chewing. I’m talking about the people who act like they haven’t eaten in years. Who swallow their food so obnoxiously without chewing much at all and do it all with their mouths half open. I can’t stand it. Another pet peeve would be people overstaying their welcome. It seems to take a lot out of me to host a get together these days. So if I open my heart and house to you, appreciate it and leave in good time. If I have to mention how tired I am several times before you leave, we have a problem. I don’t know how much I just drank and I don’t know if I can keep my eyes open any longer. Please don’t make me have to entertain you longer than my eyes want to stay open.

What is your stance on the legalization of marijuana?
sam: It’s cool. I’m not against it but it’s not for me. Marijuana is a psychoactive drug and when I used to smoke it activated a bunch of fucked up shit in me. In fact, I’m sure I would never have suffered mentally to the point that I did had I not smoked weed. But I did. And then I took the Post Malone route. It’s cool if other people enjoy it and want to do it socially as long as they are using it safely and not driving under the influence. I don’t enjoy it and never will. It’s not for me. Maybe what I used to smoke was laced and I had terrible experiences. But it’s not something I’m willing to risk again. Smoking weed felt like I was dying and couldn’t escape the panic attack that came with knowing that death was near. It was a high I always wanted to come down from and couldn’t come down fast enough from. It’s just not worth it for me. But it really helps some people and for others they just thoroughly enjoy it and I’m not against people feeling good.

When was the last time you cried and why?
sam: The last time I cried was about an hour ago and it was because I left my psychiatrist’s office with the realization that I just can’t open up to people the way I want to anymore. Every tragedy has to be bottled up within me unless it comes out on pen and paper and then through my microphone. I want to be more open with people, especially my husband and my psychiatrist and the fact that something is stopping me and I can’t stop that frustrated me to the point of tears. It’s something I have to work on I guess. Realizing that there are safe people and places to talk about things, to attempt to feel better. That while music is an amazing outlet, sometimes you just need a human. 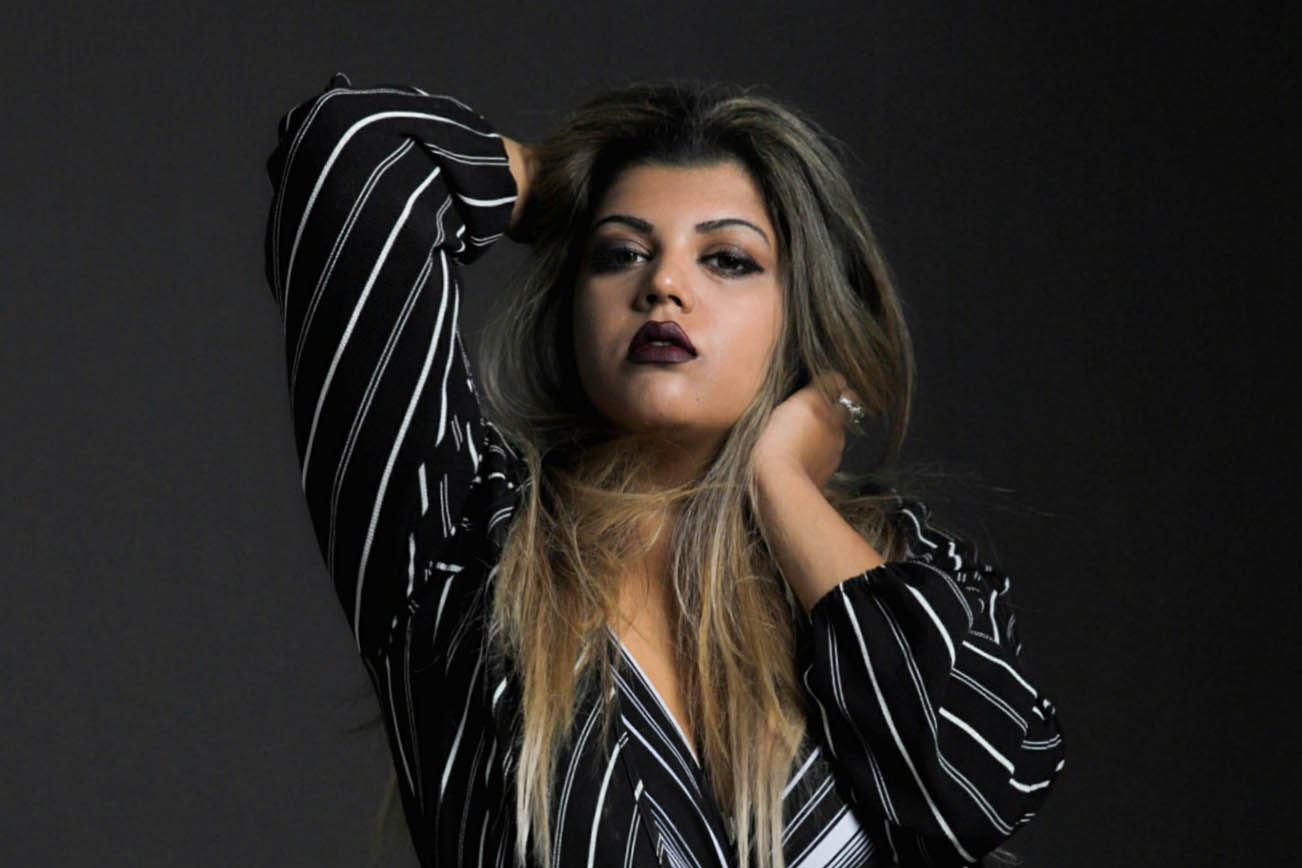 Who is the biggest asshole you ever met and why?
sam: I’m going to give the really obvious answer here but for good reason. My ex. Not the one I loved. The one that could be barely classified as a relationship. That man used me when I was too young to know any better. One day he actually asked me to blow his brother who had just gotten out of jail and really needed some. I cried and asked him what the difference was between me and a prostitute that day. He was a heartless son of a bitch. I feel shameful to say that I still talked to him years later when he tried to play the same shit on me. Always just trying to use me. I seemed to attract a lot of those type of men when I was younger. He was the biggest asshole I had ever known. And I hope to never know a bigger asshole. Because that doesn’t leave much hope for the world now does it?

Tell us about the worst lie you ever told someone.
sam: Believe it or not I just don’t lie much. Lying has always made me feel uncomfortable. I’ve always preferred to feel like I could be close with people. Lies separate people. So I wanted to live in a world where that didn’t exist. I stopped lying from a young age to achieve closeness with people. But some of the most important lies I’ve told have only been to save my ass. And they would be to my healthcare providers. “Do you feel safe? Are you going to kill yourself?” Knee-jerk response…”no” but in my head, I haven’t stopped thinking about it for a week. Sure this could have killed me by now but it hasn’t. Something keeps me holding on. And I think people are starting to catch on. Sure I might feel like I want to and am plotting to kill myself and then lie to you about it to keep me from an admission in the hospital…but love and music find a way to save my ass day after day. And I think that’s beautiful. 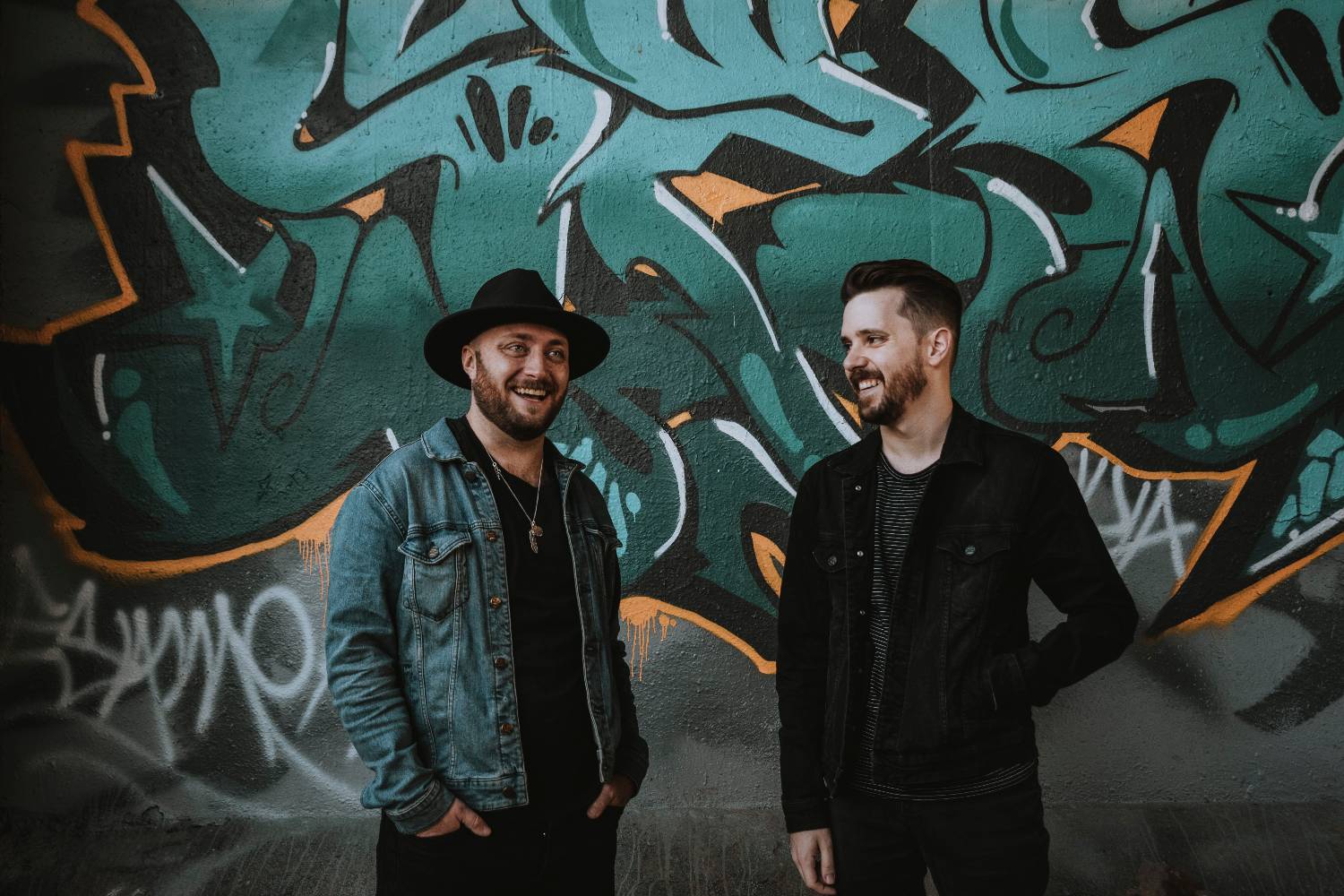 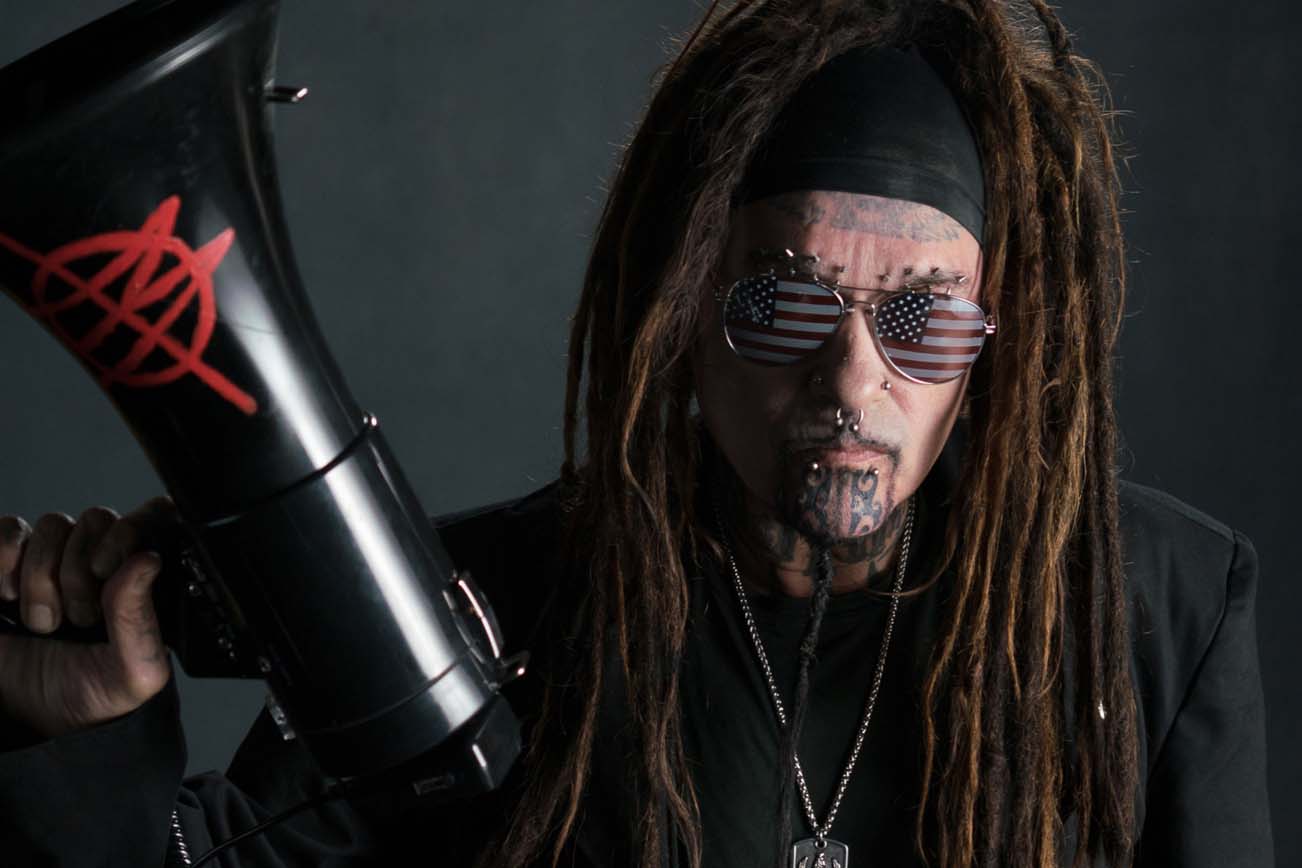