For many people like me, Krank’d Up Festival is a yearly pilgrimage down south. Since its inauguration in 2012, it’s consistently offered a perfect moment during the year in which you can don your favourite band t-shirt (or two), bask in the hot Highveld sun and revel in some of South Africa’s best alternative music. It’s a guaranteed good time and will remind you time and again of why you support the industry, why our bands are world-class, and why you should strive to be a better fan. If you’re not thinking the latter, then you should be, because we have an ever-changing scene that is starting to be really noticed – and it needs your support. Let’s ride the wave together!

As I walked through the gates of Sundowners, that familiar lurch of happiness hit me in the chest as I took in the buzzing midday crowd. I had arrived in time to catch Last One Alive, whose high-energy performance is hugely enjoyable and whose EP managed to secure them a number of awards at the South African Metal Music Awards. Knowing that same EP as well as I do, I went straight to the front of the crowd and jump-started my day – no easing in for me. The rest of the day saw me hurrying from one stage to the next; there were so many bands I didn’t want to miss out on, some which are rarely in Johannesburg and are making some serious headway in the scene. Treehouse Burning were one of these and blasted the stage to pieces with their heavy metalcore-inspired set.

Krank’d Up had a good year in 2018. It’s difficult to better what is perfect, and with many years of trial and error behind them, Duncan Bell and Wayne Boucher from Turning Tricks have created a festival that sails effortlessly through the day, barring the occasional hard-done-by band complaining of something going wrong and the never-lessening queue at the ladies. But on the whole, they kept it together and you hardly noticed if things were in crisis. That’s not to say there were a not few let-downs, so let’s focus for a moment on what may have been missing, before we talk about the best part – the international headliners, SikTh and Miss May I.

Check out our full photo coverage thanks to Ruan de Witt.

There was a smaller attendance this year – it felt as if the headliners failed to draw the usual mass. But those who skipped this year should be kicking themselves because both SikTh and Miss May I were phenomenal for different reasons. And even if you weren’t there for the headliners, the local acts should have put some fire in your belly.

One interesting aspect of Krank’d Up is that a theme develops – like last year’s prog-heavy lineup featuring bands like albinobeach and Ohgod – although this year a theme was less discernible. Because Turning Tricks have adopted the principle that the same bands won’t play on consecutive years, it can sometimes be a hit-and-miss when it comes to the local selection. I remember clearly that attending last year was like being run over by a bus of candy and I didn’t think there could have been a lineup with more power, talent and presence. I was supremely proud of every band that played because they brought their A-game and showed our scene at its best.

This year offered some weaker points, with bands on the Hunter’s Dry Stage struggling to keep a crowd engaged. The lineup was also fragmented, starting out heavy and jumping between hard rock, punk, blues and then hair metal, never keeping the momentum going and losing fans between sets.

Nonetheless, the stage had a fun selection, and you could get a great buzz on with anything from alternative metal kids like Last One Alive or folk punk rockers like Penny Vagrant (which I was pleasantly surprised to stumble across and really enjoyed). I was especially pleased to see LA Cobra there and got to sing along to “Danger, Danger” which was a song I got to know too well when it featured on some random SA song list I had created many (many) years ago. In fact, that damn song stayed with me the rest of the night. I would have enjoyed the lineup more if I had felt like the Krank’d Up community were giving it the love it deserved. There is nothing worse than an insipid crowd and the occasional mosh pit that broke out in front of the tiny stage made me want to spit rather than join in.

SikTh have some totally “Philistine Philosophies”.

It was not that the Main Stage brought a better vibe during the day, despite the ingenious inclusion of a massive stretch-tent that brought with it trance-party feels, but also kept away the sweatiness that had been a recurrent feature of previous festivals and kept the audience away from the stage. Despite a cool breeze blowing, there was a bit of a lacklustre feeling to some the bands, who failed to fill the stage or inspire the crowd. Maybe people just need better fitness regimes because there was a distinct laziness to the crowd.

The one act that threw a heavenly light on the main stage, grabbed it by its balls and made it their slave, was Riddlebreak. They are a band to be reckoned with as they continue to develop musically while giving a consistently energetic performance. As they have grown as musicians over the years, their music has gained complexity and it feels as if they are really finding their true sound – and it’s good. This is one band I would like to see take on the world!

My great disappointment was during the Only Forever set because I so desperately wanted their very last show as a band to be one of the best shows they have ever had. Myself and their wives/girlfriends seemed to be the only ones who got the memo, so we formed our own inner sanctum and shed a tear as they finished their set – which was over too quickly and left me feeling emotionally winded.

Things really started to pick up as the sun set and Truth and it’s Burden hit the stage. Midway through set, while their positive hardcore vibes were being embraced by an adoring entourage, I suddenly had an epiphany about the name of the band and listened more closely to both lyrics and frontman, Ashley de Beer, as he spoke to the crowd in his endearing way. They are really one of the more genuine bands on the scene right now and deserve all the attention they get. Their set was tight and filled with feeling. 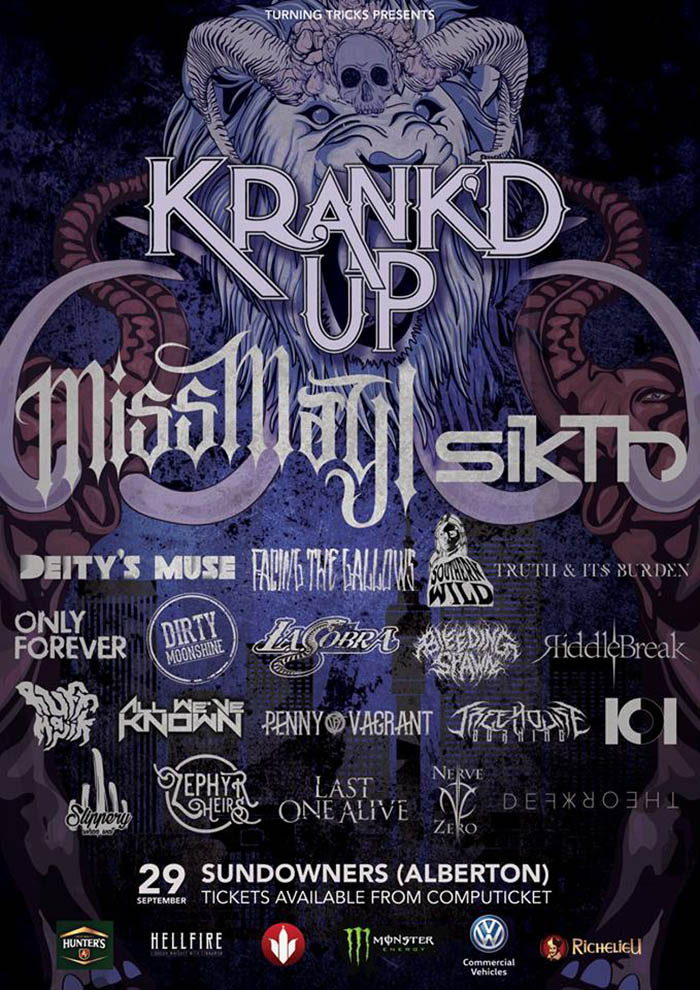 The other outstanding performance from the local lineup was Facing the Gallows, playing for the first time with their new frontman, Reegan Du Buisson (AKA Doobz); and they blew the roof off. I am learning to never judge a book by its cover, and when it came to the vocals, Doobz really nailed it even though he looked like he could have come straight from an all-boy choir. The crowd was duly impressed as the band kept it tight and heavy. It was a suitably loud performance just in time to welcome the international lineup, who was coming up after the Deity’s Muse interlude. Deity’s Muse have just come off the back of an overseas tour, and as openers to the international bands, were understandably showing off their prowess as a well-managed, hard-working band. I was just a little disappointed that the momentum of the lineup was interrupted and was itching for SikTh to get on stage.

Exhausted from a day of standing on my feet, I retreated to the back of the crowd to re-energize and eat a biscuit and was fortunate to see djent masters, SikTh, take the stage from the vantage point of a very distant and rapidly cooling bench. It was at that point that the wind began to pick up, the stretch-tent began to pump like the sails of a ship and some other earthly force swept through the crowd. SikTh frontmen, Mikee Goodman and Joe Rosser, took command of the stage and invoked the devil – the crowd broke into a massive pit that never ceased. Dust billowed from underneath this raging mass, choking those close-by, but it was rapidly scooped up by the disjointed wind and thrust high into the atmosphere. It was as if some dark presence had invoked a spell, summoned the weather and cast Sundowners into the twilight zone.

I quickly joined the warmth of the crowd to get a closer look at what is probably one of the most musically-complex and engrossing bands to come to South Africa. Formed in 1999, SikTh has a lot to offer by way of technical brilliance – something that comes out strongly in their recorded music. Live, however, they provide more than just great technique, because their music played at volume is like nothing you’ll ever experience again. Full-frontal SikTh is aurally exhausting – so much so that you almost want it to end, yet you can’t get enough of it. Just as you think you’ve grasped one song, it ends and the next begins and it’s like listening to a whole new genre. I was drained by the end of the set – I felt like I had just absorbed a lifetime’s worth of aural convulsions.

Miss May I are “Under Fire” for this video. Not!

But it wasn’t quite time to head home because more brilliance was yet to shine – this time though, the powerful presence of one of the most commanding frontmen I have ever seen, Levi Benton from metalcore overlords, Miss May I. Although not the most original music, this band is heavier than lead. The band upped the energy levels to 110% and brought the crowd to a point of mayhem, with the pit growing bigger and fiercer. I could hardly take my eyes from the stage – it was such a compelling show. The music is the type that you don’t have to know to enjoy, which made them the perfect band to end the night.

By 11pm, Krank’d Up 2018 was over and, like waifs, the crowd wandered back to the various bars with that haunted look of combat survivors. Being at a festival like Krank’d Up can seem like entering a battle-zone, especially when you are prepared to give it your all – stock up on Monster Energy and get into the pit. I was glad to see people prepared to take it that far – it’s the only way to appreciate bands like SikTh and Miss May I. In fact, it’s the only way to appreciate any Krank’d Up, which consistently promotes some of the best talent in South Africa.

The question is, how much bigger are they willing to go?

Half-way through the day, I stood in the crowd while a friend “smudged” away the bad spirits that have been following me around the last two months. I think I was listening to Southern Wild at this point, which is music I have always loved for its emotional energy – and I felt really, really good about life. Frontman, David van Vuuren has some serious virtuous voodoo about him. While you might think this is some hippie shit, let me tell you that if you are not seeking renewal of yourself in the dusty, dry mosh pit, then you’re missing the point of Krank’d Up. Turning Tricks do their best to bring soul to this town and I have never attended a Krank’d Up and not felt moved by the experience. 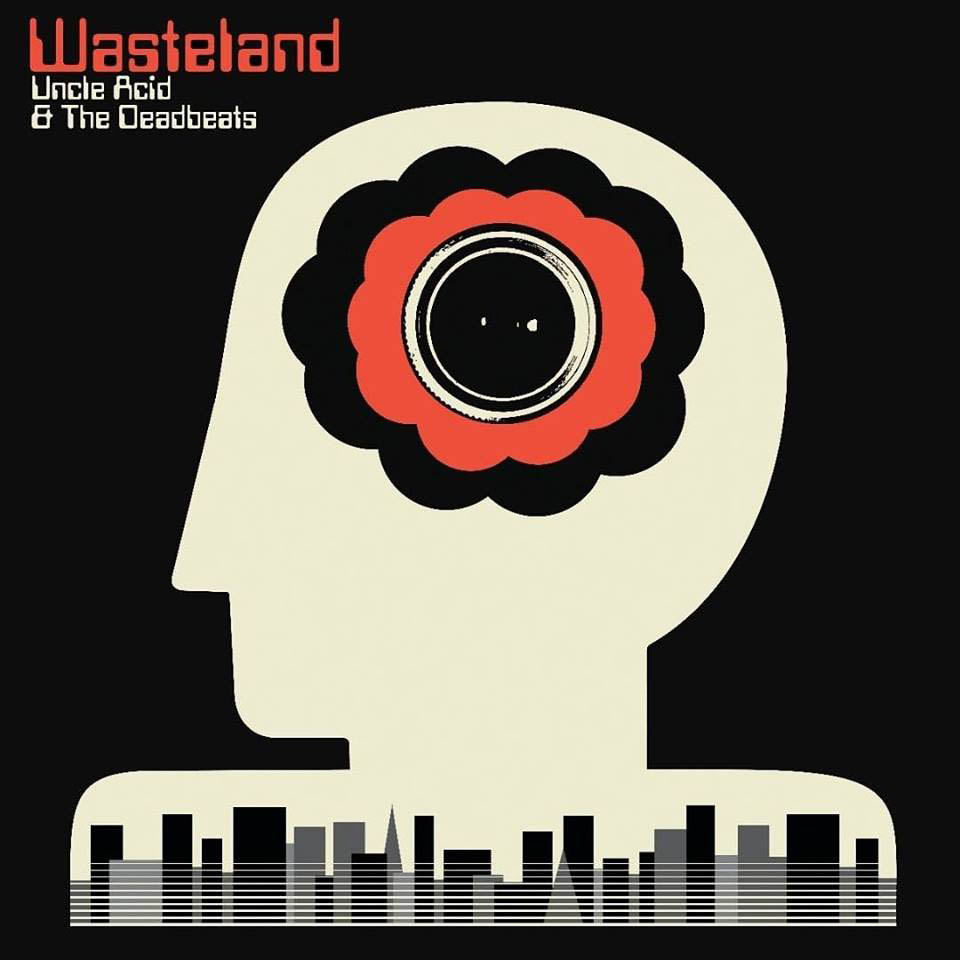 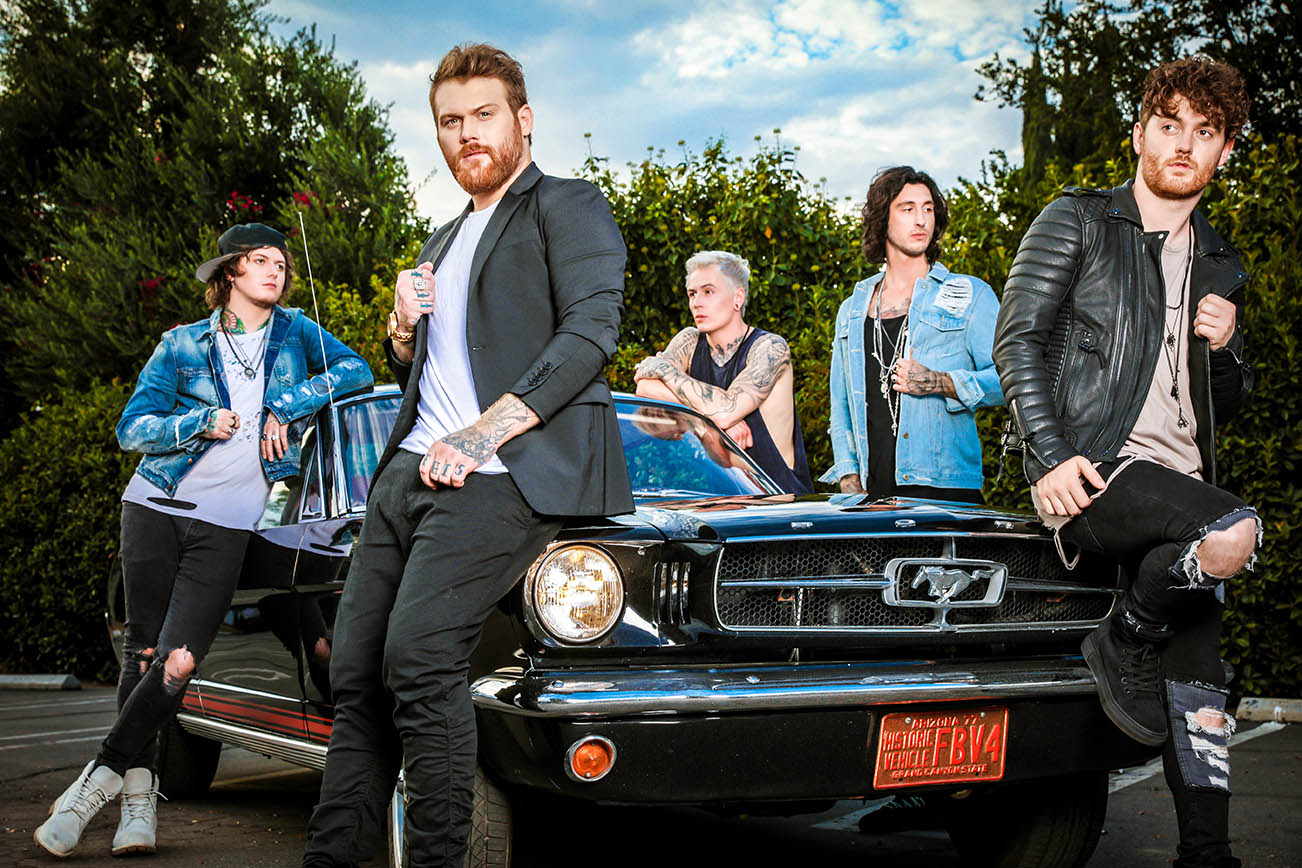