LA’s VIKINGO! are a globally diverse rock band channelling the purest, sexiest, amazingest aspects of true rock n’ roll while adding their own modern twists. Featuring an American, a Norwegian, and two Colombians, these guys dropped their first single in June of this year, their debut EP a few weeks ago, and are due to release their first full-length in 2019. This rocking quartet has offered to dish on their experiences recording the Set It On Fire EP in Santa Monica, and we are more than happy to have them. So, without further ado, here are VIKINGO!’s members running through their recording rituals with humour, self-deprecation, and lots of gear talk.

Daniel Jimenez Afanador (Vocals, Guitar):
– Although I’m a pretty experienced engineer/producer, I try to think more about music and emotion than about the sonic quality of things. My bandmates will confirm that I’m the “sensitive one”. We rehearse things pretty intensely before recording and we track the whole band at the same time to capture its true nature. We do, of course, record overdubs once we have the right all-band take.

Two things that I believe to be important to record is having enough time and the right chain. Nothing good comes out of recording in a rush. We allow ample time to track multiple takes. And, not being in a rush, seems like a good way to not rush rhythmically. Also, we try to find the right instruments, amps, mics, presets, etc. Your sound is only as strong as the weakest link in that chain, but you also don’t want to spend all your time working on the chain. I try to stick to trusted elements and leave them alone.

My vocal chain on this record was SM7 (U87 for backgrounds), Manley Force, API The Box, Universal Audio Apollo 16 and Pro Tools. Most of my guitars were recorded with a Strat, Vox AC15, SM57, Royer 121, Neve 1066 and Pro Tools HD3. I love the clear, yet punchy, sound of the Strat and the Vox.

Andreas Kvinge Sandnes (Bass):
– Like the other guys in this band, I spend my days in a studio for a living. So, when playing, I usually like to avoid getting too “engineery” and rather focus on my craft. Which is, of course, the humble art of RIPPING BAD ASS BASS SOLOS, MORE BASS SOLOS, ALL THE BASS SOLOS. On the VIKINGO! record there was a bit of engineering on my part, but I still got to enjoy a cold one while tracking, to balance out MY STEAMING HOT BASS SOLOS.

I track live with the band to get the vibe right, but usually end up replacing my parts after the fact. NO, IT’S NOT BECAUSE I SUCK, YES REALLY. For being a bass player, I use a lot of pedals both to shape my tone before hitting the recording equipment, and to create more interesting sounds. I’m really into making my bass sound like it’s not a bass guitar, so a lot of the time I try to think, “How can I avoid the obvious ‘rock bass’ route here”. This means working carefully on the tone that’s going to fit each song and getting the most out of my instrument. That’s way easier to do in the overdub mode, where you can stop, listen, twiddle knobs and go again.

SO REALLY, IT’’ NOT BECAUSE I SUCK. My recording chain is a combination of a direct signal through a Neve 1066 pre and an old Universal Audio 1176 compressor, and my trusted ‘72 (or ‘73?) Ampeg V4b into an Orange 1×15″ cab (I’m a 15″ kind of guy, if you know what I mean…. you do, right?), recorded through an SM7, an API pre and a 550 EQ. For bass (with VIKINGO!) it’s always an Epiphone Jack Casady model, and for pedals weeeeeeeell, that’s where the magic happens, so I’m gonna keep that a secret.

Check out our exclusive pics of the band having fun in the studio.

Sejo Navajas (Guitar):
– I practically live shackled to a console at 4th Street Recording in Santa Monica. However, sometimes they actually let me out to pee and get a couple minutes of sunlight, so my main studio ritual is to enjoy days off. When it comes to recording VIKINGO!, we all wear producer, engineer, and performer hats, which can be great and sometimes it can lead to some disagreements. I’ll usually have one of the engineers that works with me run the sessions while we track, but we are all involved in the getting sounds and the production of the recording. Daniel and I mixed the Set It On Fire EP.

When it comes to recording my parts, I’ll usually mic a couple amps at the same time and my guitars will vary from song to song. My main recording amps for this band have been a Fender Bandmaster with 2 cabs, a Fender 2×15 and a Fender PA speaker with 2×10 and 2×8 speakers, at the same time I also run through an old Marshall JMP combo with a 15″ speaker in it. After the initial live tracking, we’ll have overdub sessions where I’ll bring about 10 guitars, so sometimes multiple guitars will be used for different parts of the song.

My guitar signal chain usually consists of a Royer 121, Shure SM 57, Senheiser 421, and a Shure SM7, all summed to two tracks through the vintage API console at 4th Street and a Neumann U67 as a room mic through a Neve 1066 into tape or Pro Tools.

Okay, enough jibber-jabber, listen to the Set It On Fire EP here!

Chris Roberts (Drums):
– I usually wake up, eat a well-balanced breakfast of steak, eggs, sausage, bacon, ham, and a side of hotdogs. The hot dogs need to have the most preservatives possible, because it helps to preserve my strength. Then, I work for about 12 hours removing bees from people’s homes and businesses. Then, I bring all my gear to the studio.

Usually, it’s my custom Pork Pie Percussion kit, Zildjian cymbals, Tama hardware, DW kick pedal, and Vic Firth sticks. I set up the drums, tune them to the song, then take a walk around the block while the engineers set up the mics and the rest of the band finishes setting up their rigs. Once they text me that they’re done, I walk back to the studio and start getting sounds and monitor levels. If I know the song, and for VIKINGO! I usually do, I take a nap until the guitars are tuned and retuned to perfection.

If I don’t know the song, I write out a quick form chart while listening to the song to grasp the feel, sections, and important hits. The nap then proceeds. Once the guitarists are ready, we start tracking. From here on out the process is quick and easy. At least unless one of the guitars’ strings breaks. That’s when all hell breaks loose, absolute mayhem I tell you. I usually go outside to avoid the havoc and wait for the bedlam to subside. Then, we commence tracking. Rinse and repeat this until all the songs are suitably tracked. After the session, I sleep like a baby knowing my job was well done (mostly). 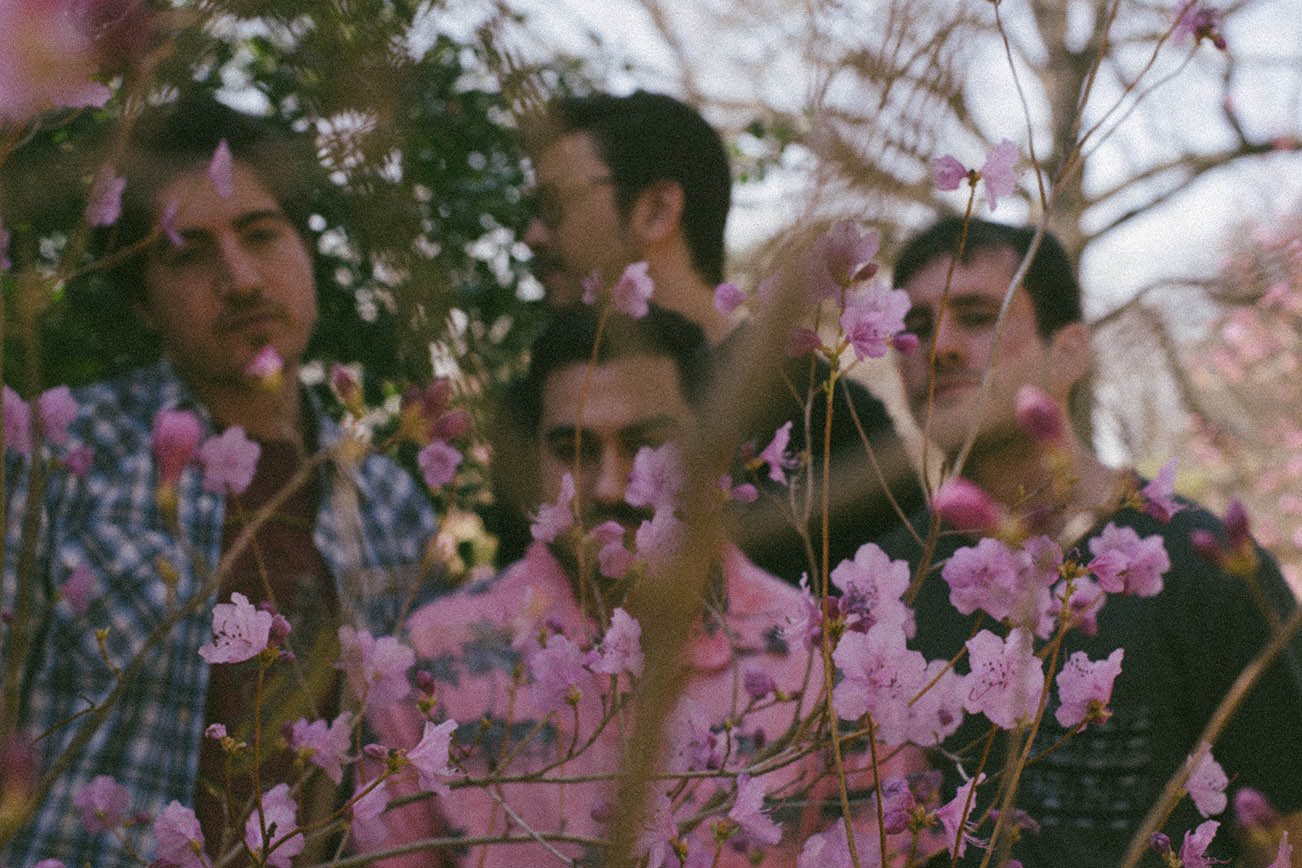 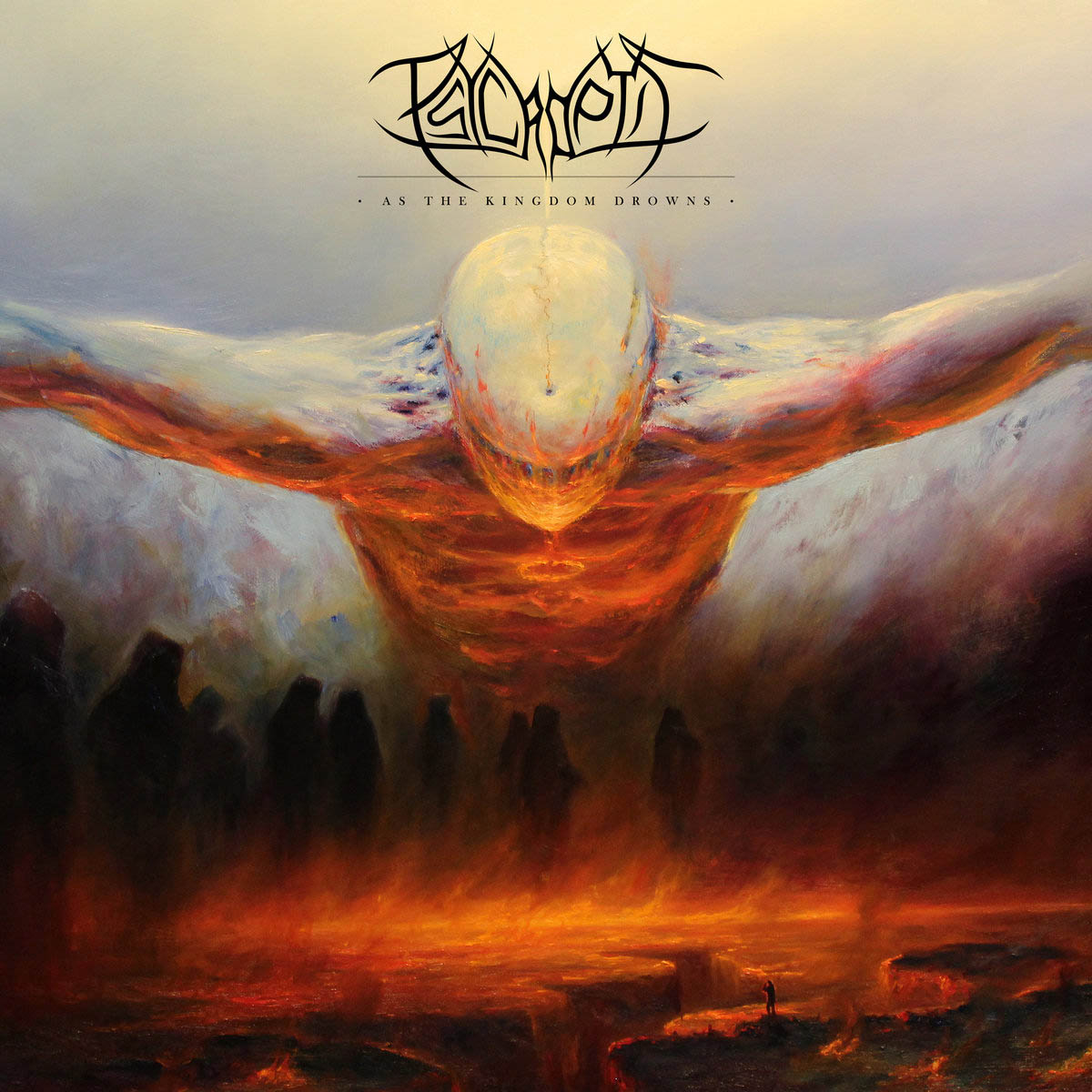