In the age of “blink and you’ll miss it”, there are merits to maintaining a slow and steady release of new music. While this is common in pop and dance genres, it’s a fairly new concept to the rock format, where bands more traditionally release full albums according to their creative cycle (and, lately, day job schedule). Breaking the mold is the international duo Defy the Ocean, who’ve elected to unveil their upcoming album Monument to Her Exile across a quadrilogy (!) of releases. The first part, containing “Subsolar” and “Sublunar”, dropped last Friday, and we swapped some words to shine a light on their beautiful style. Echoing elements of Karnivool, Pain of Salvation, and Radiohead, the result is breath-taking progressive rock that focuses more on storytelling than on technical mastery.

Sometimes it takes a visual to illuminate the subtleties, especially for progressive music. To that end, we have a premiere ready to highlight the wonders of Marcos Economides’ drumming on “Subsolar”. His style is evocative, akin to the waves of nostalgia on which the track rides. Despite being literally opposite ends of the globe, both he and his musical partner Chris Theo sound like they’re in the same room, crafting exceptional emotional music.

Check out “Subsolar” below, then read our interview with the duo.

Thus far your output has been focused on quality over quantity, in short EPs and singles. Is the desire to release your début in parts a continuation of this, or is there another reason behind it?
Chris Theo: It’s a combination of factors really – I suppose in an ideal world we’d release the album in one go, but I think the music industry as it is now ends up punishing smaller acts for being dormant for a number of years, so we liked the idea of being able to release something every few months. We’re still album people, but consumption of music is trending in the opposite direction. That’s how we settled on an album released in chapters.

Marcos Economides: We liked the idea of being able to tackle the recording and production of each chapter in more digestible chunks. The amount of time and effort that goes into learning, recording, producing, mixing and mastering 40+ minutes of music is staggering. Breaking that up into an iterative process that could be made more efficient with each chapter was really appealing.

The artwork by Abigail Vetesse for these two songs is stunning – how do you feel it embodies or represents the music within?
Chris: Working with Abigail was great fun for us, she genuinely enjoyed the music and she worked from the pre-production tracks to devise a concept. The final artwork is a depiction of rigid or “masculine” geometry fusing with more rounded “feminine” geometry. We felt that this worked beautifully at depicting the start of a relationship. Separate, different people learning to co-exist.

As has been mentioned, Monument to Her Exile comes in four parts – has all the music has been written? If so, what are the band’s plans for the next few months through the release of each section?
Chris: Ninety percent of the music for the whole album has been written, lyrics and vocals have not. They’ll be tackled last in the recording process, though the themes of many of the songs and the chapters as a whole have been decided – we know where the story is going. As for plans, it’s going to be head down for me, learning the new songs, recording, mixing, mastering, release, repeat. Marcos is planning to make it back into the studio to record drums for chapters 3 and 4 at some point next year too.

The Monument To Her Exile (Chapter I) album dropped on September 28th, 2018. 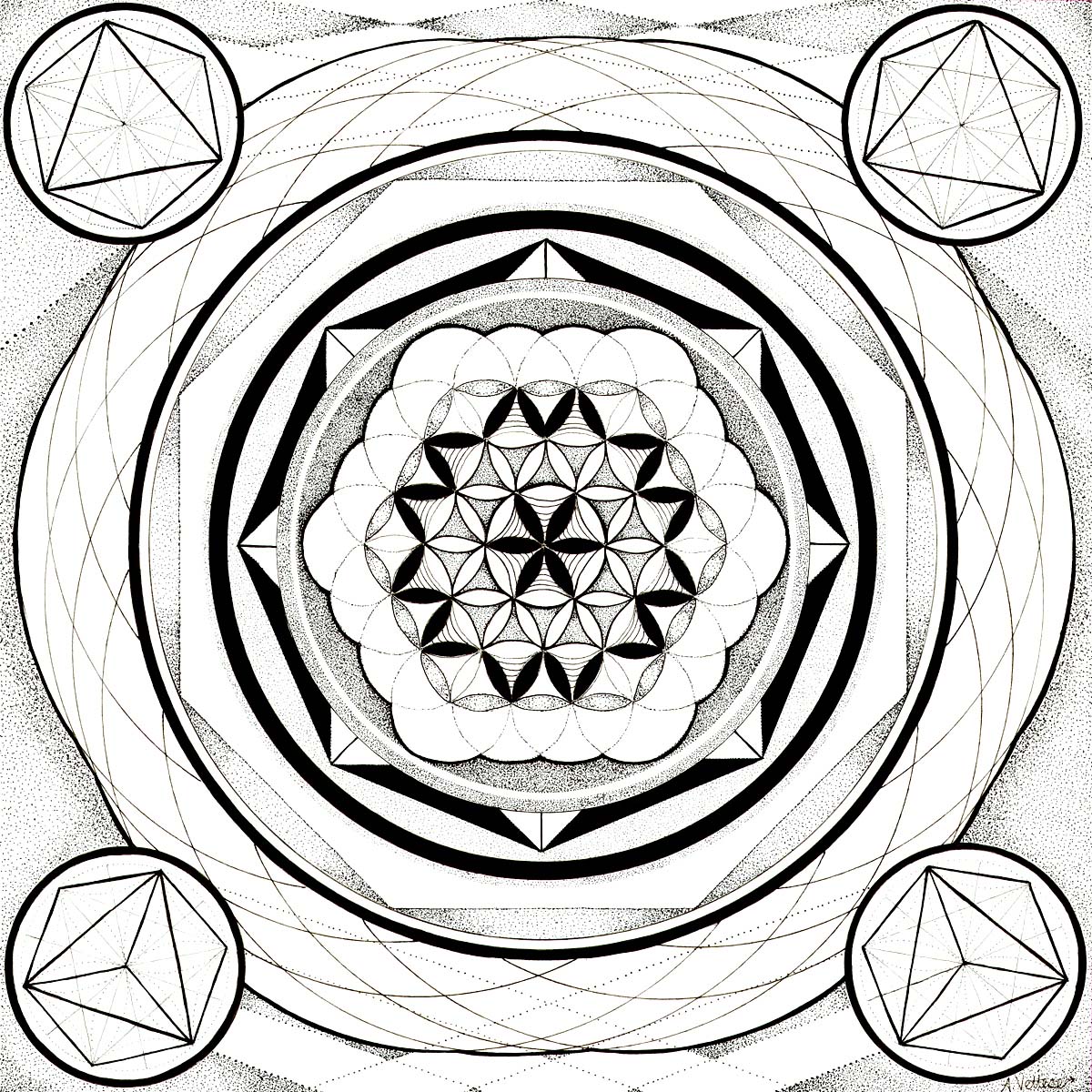 With four separate releases to promote, how do you plan to divide promotion? For instance, will some releases have music videos, like “Neolithic” and “Elderflower” on the previous EPs did? Will there be specific artwork for each part?
Chris: We’re definitely considering another music video, though there are a few multi-part songs on the album that we feel might work well as a short film. Lyrically, I’ve always gravitated towards strong narratives, something we really tried to bring to the fore with our “Elderflower” music video. The idea of a short film that spans two or more connected tracks and spans 10 plus minutes is definitely something we’ve discussed and are keen to visit at some point during one of the release cycles.

Marcos: There will definitely be more artwork! There will be a different piece for each chapter. As the narrative shifts throughout the album, so will the artwork to reflect those changes. Of course, it will all be an exploration of Abigail’s unique style.

To quote from the press material: “Subsolar/Sublunar is about the beginning of a relationship, and looking back at the naïvety of youth through a fog of hazy memories and nostalgia.” Can you reveal how the rest of the album will play out? Is it a concept piece?
Chris: It’s absolutely a concept piece, with the entire album exploring a decade-long relationship chronologically. I don’t think I want to give too much away just yet. Let’s just say that the “Exile” from the title has yet to be addressed, that will come in chapter 2 and echo through subsequent chapters. The whole concept is about how this one event affects everything after, as well as the memories of what came before that event. The “Monument” in Monument to her Exile is the relationship.

Question: Are you a dinosaur or an “Elderflower”?

Around the time of Elderflower, you mentioned that there was an innate desire from you as a person to become more positive, which was reflected in the lyrics. There is a hint of bitterness towards to the narrator’s naïvety in “Subsolar” – is this reflecting a change in attitude, or viewing from a different narrator’s perspective?
Chris: That bitterness or resentment you’ve picked up on was even more prominent in the pre-production version of the track, with a voice answering my proclamation that “I’ve grown” with a very audible “Yeah, right!”. So I’m glad that comes through a little without it.

Elderflower specifically addressed those attempts to change and grow, but now I’m looking back through a different lens. For “Subsolar”, as I’m trawling through these hazy memories over a decade old, it’s very difficult to say whether or not I have changed or whether I’m exploiting that lack of recall to convince myself of some growth. Those memories are part of what forms this narrative of self, so I’m not trying to convince the listener that their memories are not to be trusted, but just convey that we are the sum of our experiences (or crucially our perception of those experiences). What do we mean to other people; what do we mean to ourselves and what do our past selves mean to us now? These are all questions that I’ll continue to try and address across chapters.

Without further ado, please take some time to stream Monument To Her Exile (Chapter I) here.

You once stated that “We’re deathly afraid of repeating ourselves.” How conscious are you of your past in terms of output when creating new music? Or is it more of a mindset?
Chris: Music is not how either of us put food on the table, it has to be fun for us to want to commit time to doing, and we have to trust that fun for us will translate into something enjoyable for the listener. At the end of each release cycle, you’re at this precipice of infinite possibilities. Seeing where that takes you, without having to worry about where you’ve come from, but trusting that your experience will guide you, is what keeps it interesting.

This time around, Marcos really wanted to buckle down and focus on writing the music alone, exploring ideas and a style that he’d been flirting with and silently honing for years. This worked out well for me too, since I love just being able to focus on the lyrics and vocal melodies for a piece of music that I haven’t been exposed to. It gave me the opportunity to break out of any potential ruts I may have been falling into vocally; the blank canvas of Marcos’ writing was very liberating for me.

Marcos: I think there’s always an element of wanting to create something unique with each release, and that probably has some impact on the writing, even if it’s unconscious. But what it really comes down to are the factors in my life that are influencing me, emotionally or otherwise, at that moment in time, which are almost never going to be same between releases. I didn’t have a plan going into the writing this time, but as soon as the first few ideas emerged I knew it was going to be different to Elderflower – less brooding and more reflective. A lot of that was down to circumstance and life experience.

I’d been struggling with anxiety the previous year, and was just starting to feel like myself again. I also left the city and had moved to the countryside. I’d gone from years of commuting underground every day to suddenly being surrounded by nature, and that had a huge impact. I’ll also sometimes think about a particular sound or emotional quality that I’d like to hear in music, but that I’m struggling to find in any of the stuff I listen to, and use that as a sort of blueprint. I suppose at the end of the day you never really know what’s going to come out when you write, which is part of what makes it so fun.

Thank you for your time – any parting comments to the reader/listener?
Chris: Just a massive thank you if you have got to the end of this. And also, listen to Monument To Her Exile (Chapter I)! 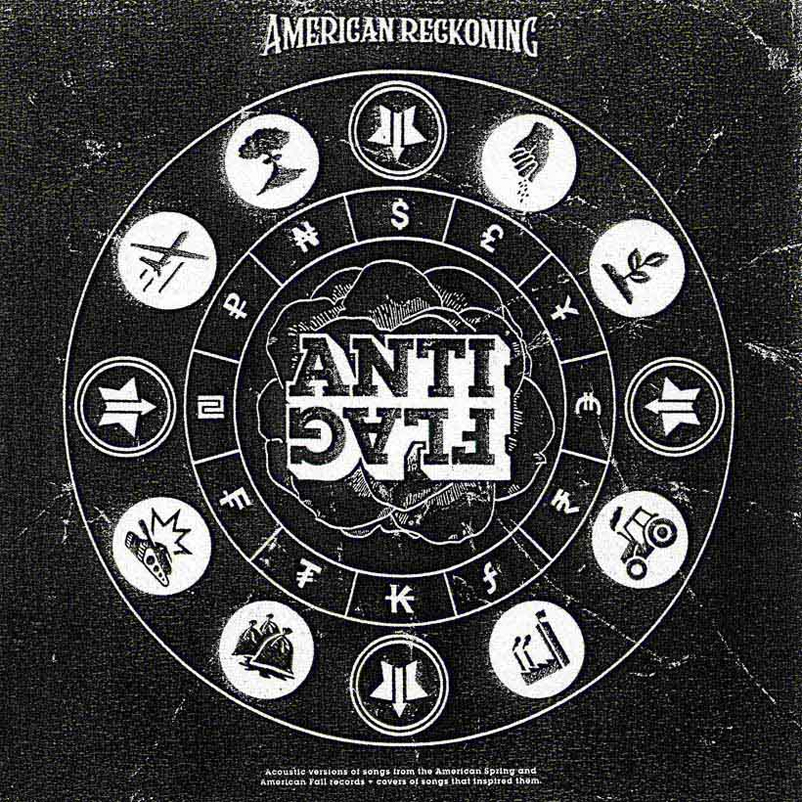 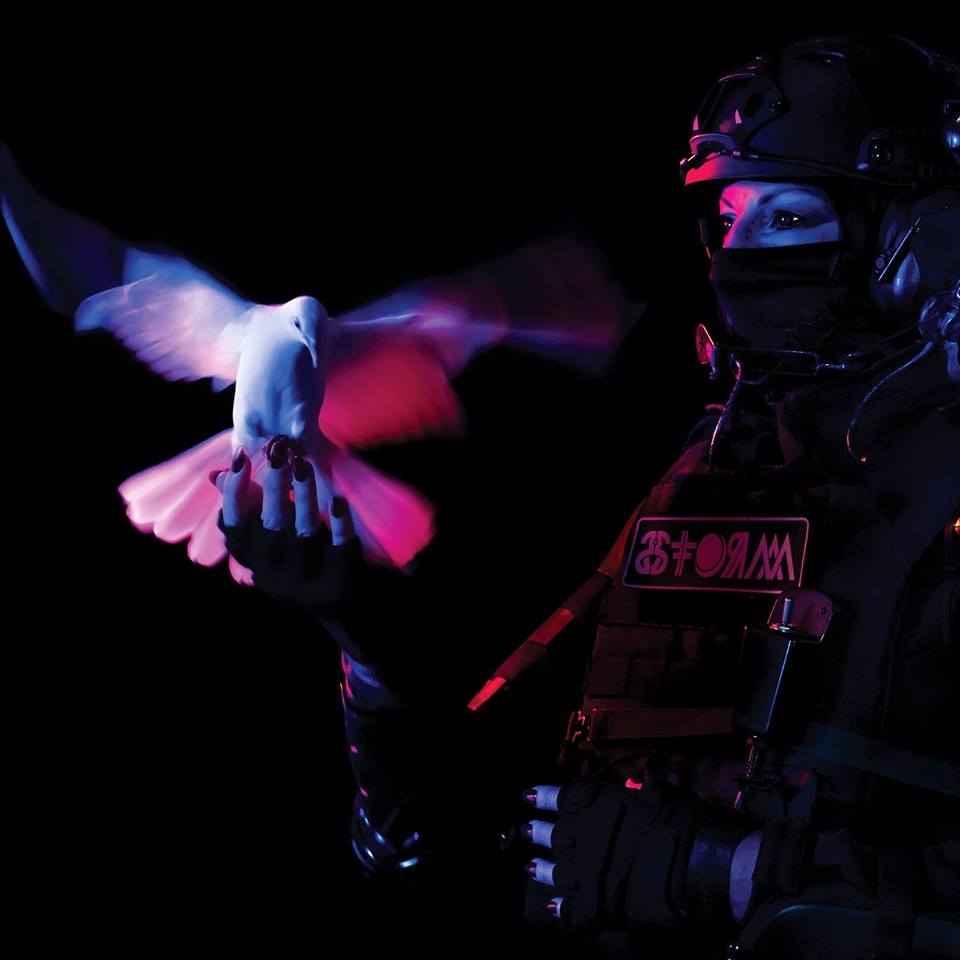