Everybody must know by now about Chthonic frontman Freddie Lim’s political career, from being a spokesman for Amnesty International to his current gig as founder of Taiwan’s New Power Party. [1] As a result, many people automatically assume the extreme metal quintet make music as just a continuation of this; a musical propaganda piece, if you will. And it really isn’t – while themes of inequality, liberation and injustice do abound, the band’s latest offering, Battlefields of Asura, is more of an exploration of mythology and folklore [2] interpreted in a contemporary style.

And what style it is. Admittedly, it’s the same style as the previous two records (2013’s Bú-Tik and 2011’s Takasago Army [3]) but this is a one-trick-pony pulling off a trick very few others can achieve, so for that they get a pass. What Chthonic are doing is crafting a soundscape that carries the massive bombast of the great symphonic metal acts (like Nightwish, especially on “Carved in Bloodstone”, my personal favourite on the record), delivered with gut-busting heaviness and performed with all the theatrical aplomb of second-wave black metal [4].

Look to “A Crimson Sky’s Command” for guidance.

Currently, the only real contenders Chthonic have in matching their contribution to this very small classification would be the likes of Septicflesh or Dimmu Borgir (best illustrated by the dominant string section on “Flames Upon the Weeping Wind”) – and neither of these manage one final characteristic that Chthonic do better than anyone else [5]. The incorporation of traditional instrumentation into extreme metal is not a novelty: accordions, flutes, bagpipes and a variety of percussive instruments are regular features within the expansive genre of folk metal, but Chthonic’s use of traditional Asian instruments (specifically the erhu, but on Battlefields of Asura the hena, zheng and pgaku flute, all make their voices heard) and Taiwanese opera melodies alongside “standard” metal setups is possibly the best balanced in the business. A hair more, and they would stray into folk territory, a touch less, and the contribution would go unnoticed.

Standout moments on Battlefields of Asura include the crisp guitar tone on “The Silent One’s Touch”, which favourably echoes Dragonforce – whereas that of “Masked Faith” is more testament to Pink Floyd; the slow-burning, low-end bridge buildup on “Souls of the Revolution” and its eventual furious release; and the operatic vocal harmony buildup on “One Thousand Eyes” raises goosebumps every time. Negative criticism is limited to a sense of homogeneity: the sweeping keyboard backgrounds start becoming formulaic and the rhythm guitar parts, while solid, that underlay the rippling leads seem stale when compared with the attention given the remainder of the arrangements.

Without further ado, here’s our exclusive video of frontman Freddie Lim breaking down each song.

The net result is a record that is crushingly heavy, stirringly epic and attractively accessible all at once: the introduction of Hong Kong songstress Denise Ho on guest vocals for “Millennia’s Faith Undone” adds another layer of softness on top of fast, technical metal in the vein of Dark Fortress. The contrasting musical styles showcased on Battlefields of Asura is in its own way an aural illustration of Taiwanese culture, which so successfully blends modern technology and ancient tradition.

The other side effect of this defiance of genre-specific pigeonholing is a very positive one: Chthonic manage to appeal to a much larger audience than they would if they were to restrict themselves to only one narrow definition. Other artists that manage this include the likes of Amon Amarth, whose Viking-themed melodic death appeals to folk, black and death audiences alike. Chthonic, however, temper this appeal with their innate Asian exoticism, engendering Battlefields of Asura with an allure that transcends the musical.

This, in combination with the band’s public profiles (political and otherwise: their 2017 film debut, Tshiong [6] featured a cameo role by Lamb of God frontman Randy Blythe, while bassist Doris Yeh is a regular feature on the covers of men’s interest magazines) destine Battlefields of Asura for surefire success, but it’s the intelligent composition that sells the album for the discerning listener, and makes it their most engaging release to date.

1. If you hadn’t, here’s a good video interview.
2. Or “about Taiwanese immortals showing off their muscles and elves fighting” according to the official press release.
3. Going further back into the band’s discography reveals a much “blacker” sound palette than these more recent offerings, however.
4. Chthonic’s signature facepaint may have been influenced by corpsepaint, but they term it “ghostpaint”, basing it on the Taoist Generals of Hell.
5. Another thing Chthonic does that no other band seems capable of is the simultaneous release of Taiwanese and English versions of the same album to different markets.
6. A charmingly vague trailer for the action-comedy can be viewed right here. 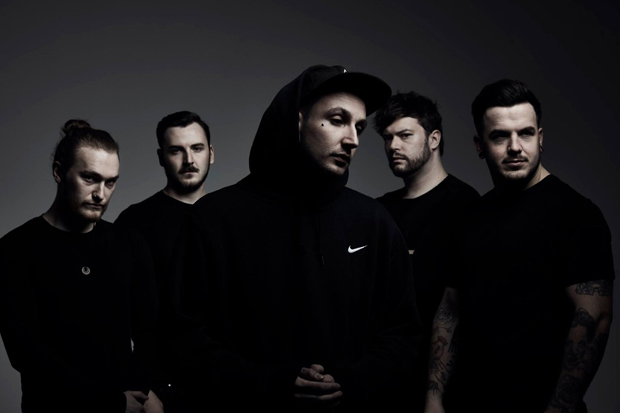 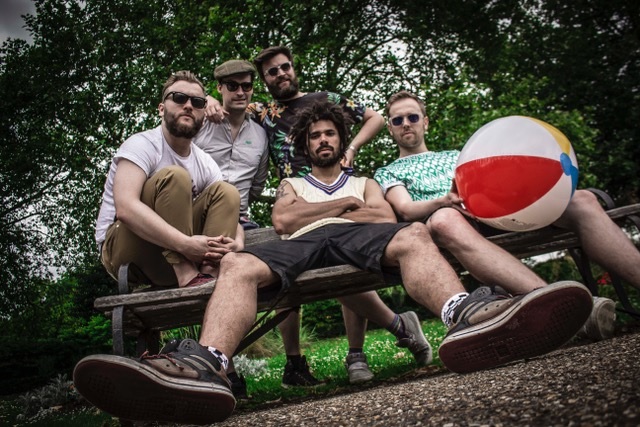