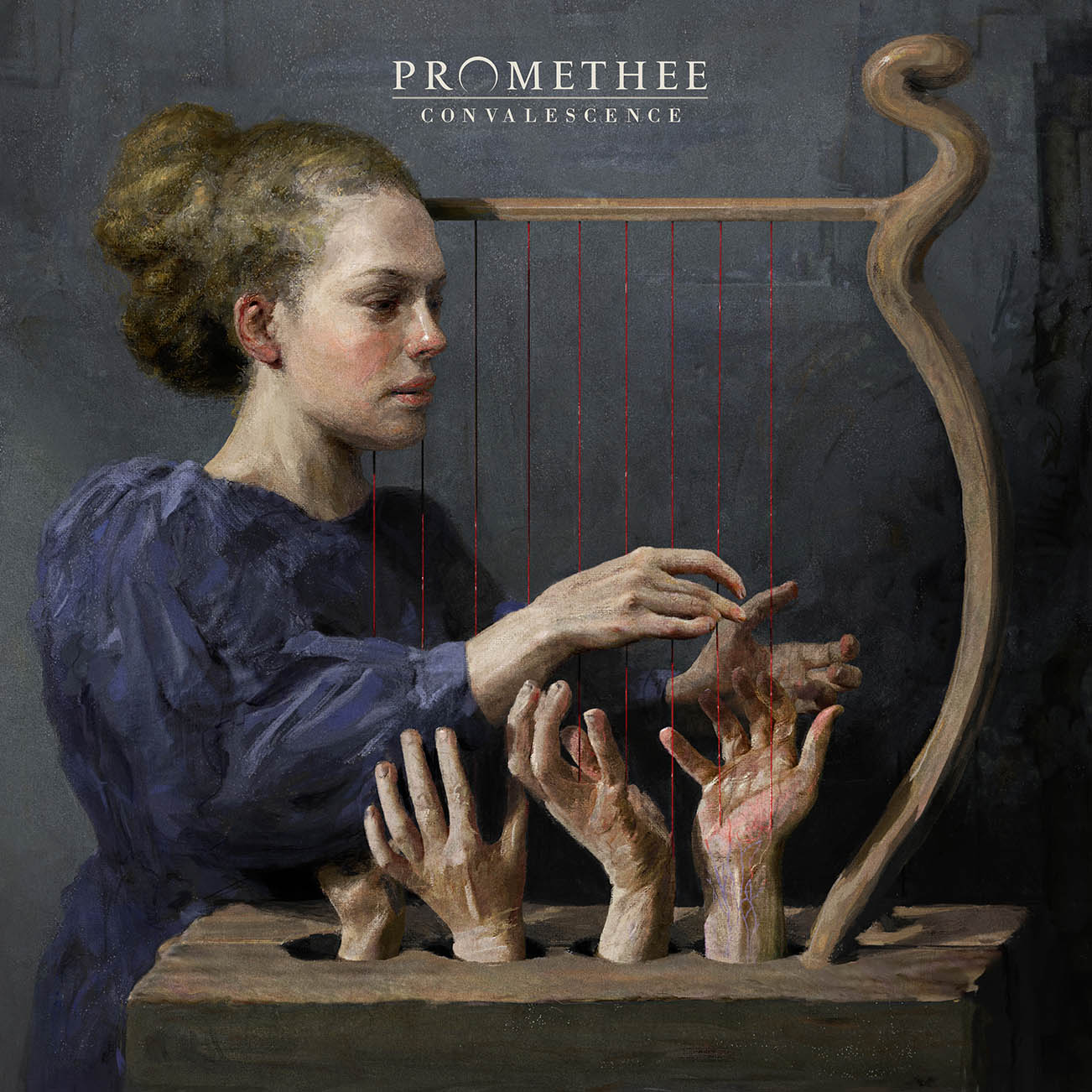 With their third full-length release, Switzerland’s Promethee have pulled out all the stops. From the gorgeous cover art by Eliran Kantor (Testament, Thy Art Is Murder, Venom Prison) to the slick production by Johann Meyer (Gojira’s Magma), Convalescence is an album that means business, and fortunately the exterior promise is backed up by music of impressive depth and originality. There may be a whiff of Gojira to Promethee’s octave-spanning riffs, but there’s nothing derivative about their blend of self-styled “progressive metal hardcore.”

Promethee has never taken it easy on themselves or their listeners, and Convalescence is a complex album that rewards multiple plays. The band tend to be situated within the metalcore field, which was probably more accurate at the beginning of their career. Nowadays, metalcore is a moniker that doesn’t really do them justice, because Promethee is keen to avoid the more clichéd hooks and breakdowns that are the pitfalls of that subgenre.

Instead, their trademark dissonance is present throughout the album so the listener is constantly on edge. There are also plenty of clean and snarled guitar tones in “Convalescence” and “Demons”, a testament to Meyer’s production that both tones integrate seamlessly with the other instruments. There’s definitely a prog influence, too, notably in the polyrhythms of “Merchants”. A nicely-placed instrumental track, “The Deep End”, which veers between math rock and hardcore, is a perfect example of how to build a multi-layered sound. There’s something new to discover with each listen.

The riffs on this track are just “Endless”.

This may give the impression that Promethee is attempting to create difficult, head-scratching music, but it’s not just about complexity for the sake of it. There are some huge, ultra-catchy tracks on this album, and several moments that go straight for the heart, yet even these are diverse in style within one record. Title track “Convalescence” has a thrashy energy and an anthemic chorus; “While You Stood Still” has an awesome death-n-roll riff; “Witness” and “Soiled” are super-heavy, with a big fat deathcore sound.

All the good things about metalcore – exhilarating pace changes, surprising rhythms, emotional choruses – they’re all here, but with added heaviness and interesting twists. This album is another great example of Swiss ingenuity and deserves to garner Promethee plenty of international attention.

The band JUST released a stream for the title track “Convalescence”.