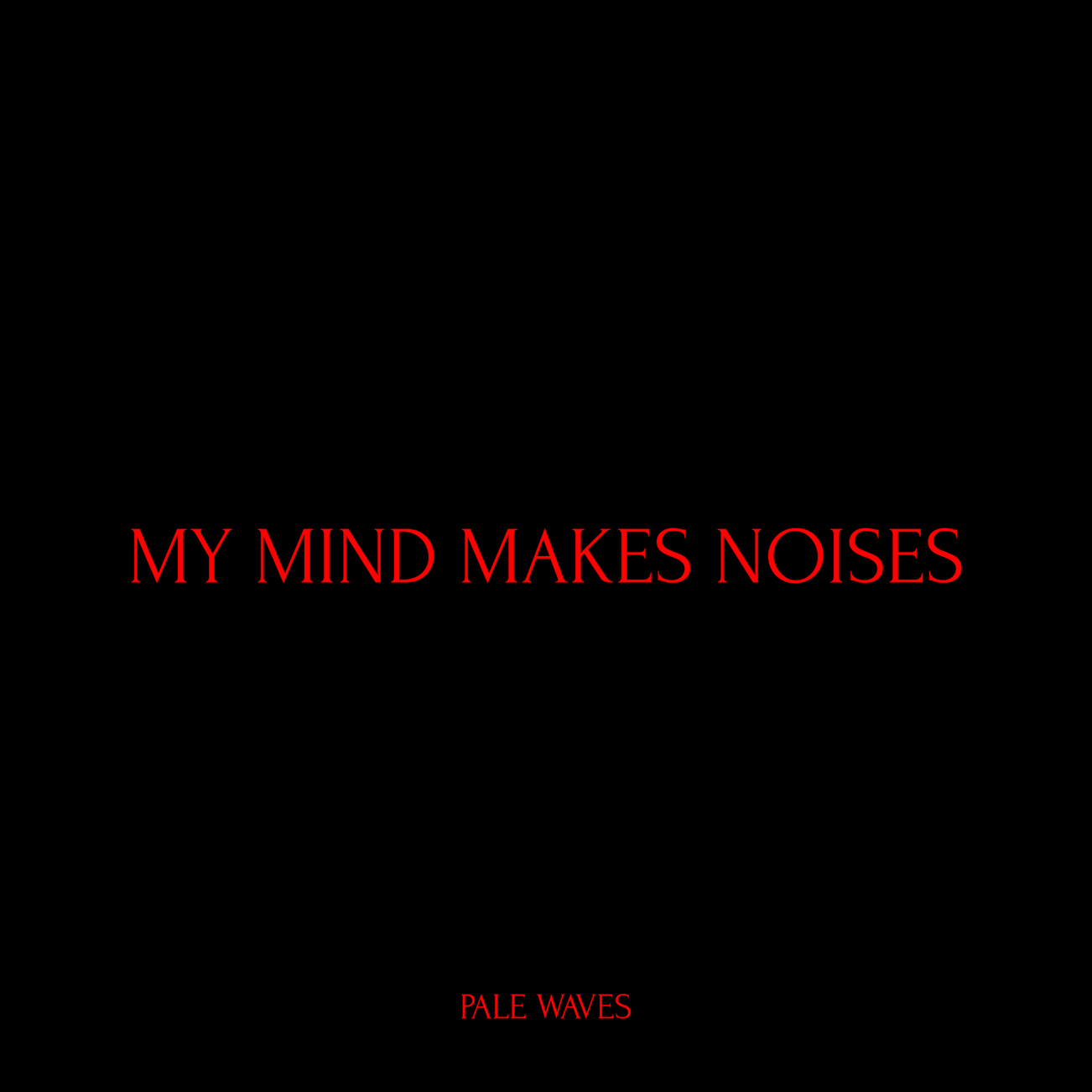 British dream pop group, Pale Waves just released their highly anticipated debut album, My Mind Makes Noises. If you’re not familiar with the band, they initially came up as a local act before signing to Dirty Hit Records and making their first American venture opening for indie pop heavyweights The 1975. Since then, the group have formed a respectable following of their own, with an EP and two singles (produced by Matt Healy and George Daniel of The 1975). Constantly being compared to their touring counterparts, the band have come into their own.

On this release, the team have maintained the elements that make them shine and then some. Vocalist Heather Baron-Gracie has always had lyrics ridden with angst and hopeless love. The accompanying instrumentations, which features more electronic influence, and Gracie’s shaky vocal style are a perfect recipe for success. Tracks like “One More Time”, “Came In Close” and the opener, “Eighteen”, are straight out of the 1980s and will have you dancing until you’re sick of them. The drums are big and the synths and guitars coincide beautifully; all around good times here.

Check out “Eighteen” and prepare to dance until you’re sick.

“When Did I Lose It All?”, “She” and “Loveless Girl” are the stand-outs; angst-ridden songs made for the love seekers. The guitars take a step back as synths and drum pads are the backbone of these songs, though the last of these three still has its fair share of dreamy guitar blended throughout. They feel like classic songs from a John Hughes film, yet with a modern twist, something heard throughout the entire record. “Black” (a current favourite on the record) is a perfect blend of these two moods. It’s catchy. It’s angsty. It’s a track you can jam to and cry to simultaneously. What more could you ask for?

With so many good things happening, there are unfortunately some songs that fall short. “Noises” is a track I’ve been hesitant of since its release as a single. Compared to what the rest of the album has to offer, it just doesn’t live up. The same goes for “There’s a Honey” and “Television Romance”. They were the first songs ever released by the group over a year ago and, while the production value is improved and the vocals are re-recorded, there’s nothing new to them and it doesn’t feel as though they have a place on the record. “Kiss” is a song I still go back to from time to time, but, as with the previous songs mentioned, it’s formulaic setup doesn’t give it a good lasting effect. Having it towards the end of the record didn’t really help it either.

The closer, “Karl (I Wonder What It’s Like To Die)” abandons everything that the album has done to this point, but nevertheless is a beautifully personal song about the death of a loved one. It‘s another cut that leaves you a mess but in a whole different way. While it doesn’t feel like a good closer to this release, that won’t change that this is a lovely acoustic ballad.

For their first record, Pale Waves have found the sound they’ve been working towards for a year plus and are owning it. As with anything, there are some things that can be improved on, but, at the end of the day, they are minimal compared to the good. There are so many layers to this offering, that any fan of pop, rock or alternative music in general, can find something to like.

Apparently every song on the record has a video. Listen to “Noises”.