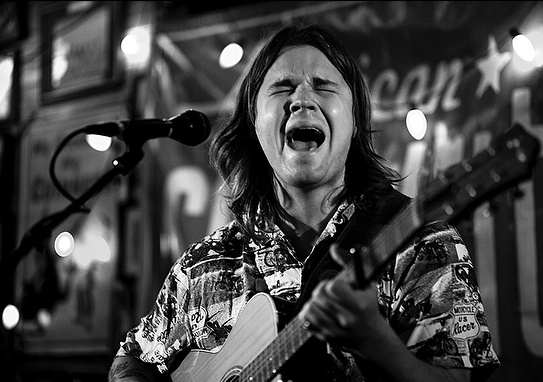 On The Road With Corey Kilgannon

By Christopher Gonda 09/12/2018
0
Share
Share on Facebook Share on Twitter Pinterest LinkedIn Email
Article Views: 160
It’s hard for us to put into words how much we support Corey Kilgannon and the enthusiasm we have for his music. As fans of his albums for a couple years now, we are still captivated by the intimacy and depth of the music he releases. A contemporary indie-folk singer-songwriter, Corey has shared stages with artists like John Paul White, Jon Foreman, JOSEPH, Penny and Sparrow, and Judah and the Lion, among others. He is known for his stripped down sets and room-quieting performances, and he’s currently on tour sharing that with his fans. We got the chance to catch up with him on the road and learn a bit about what it’s like to be on tour. 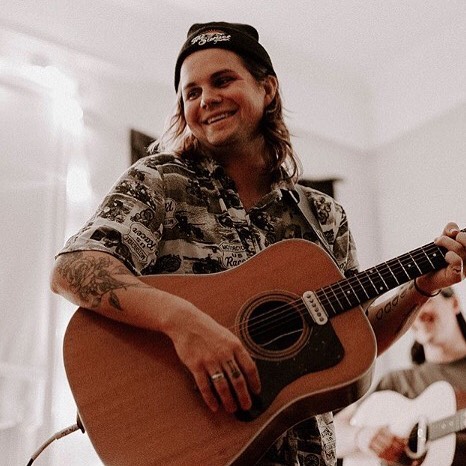 Tell us about your current tour! Where are you on the road to and for how long?
I’m currently in the pacific Northwest, been on the road for almost 4 weeks (not all of it playing shows). We loop back down to Albuquerque, then I drive BACK to Seattle where I’ll fly home to Florida and start back up another tour 3 days later! Tried to really stack all the shows together for this “touring season” and see how that goes. It’s been some really incredible shows, thankful people are coming to hear Levi the Poet and I.
What kind of venues do you think best fit your style of music? What kind of venues are the most fun to play as an artist?
I’ve really loved doing intimate house shows and small clubs over the years. I think it’s obviously really gratifying to play big rooms with green rooms and more amenities, but musically I prefer the smaller spaces. It’s great to feel like everyone in the room is tracking along with the set which I feel you can never really tell in a room with 100’s of people.
You’ve performed and toured with some pretty big acts. Tell us about some of those experiences and how they have developed you as a songwriter, musician, and overall performer.
Opening has been huge for me, I’ve learned so much from watching some of my heroes play every night. It’s also been important to see how different people approach touring and try to keep their mental and physical health in order. This year I was fortunate enough to open a few shows for John Paul White who was an absolute class act. I loved the way he treated all of the venue staff, carried himself with humility, and put on a spectacular show each night. I’ve always tried to treat opening shows differently than putting on my own shows by picking songs/working my set to build up to theirs. I think that’s allowed me some awesome opportunities to open for some killer songwriters, which is definitely the best way to learn.

Are all of your shows the same (follow the same pattern/set list) or do you mix it up for each show?
I try to mix it up, though there are similarities each night. I generally try to lock in which couple I’m going to start with and which couple I’m going to end with on the tour and mix it up in the middle. It varies though, and on this run I’m playing alone each night so I feel free to wing it when I feel like it. I always want to read the room take the night where it ought to go.
Do you have any pre or post show rituals?
No strict ones, I’m always craving a few minutes alone right before and after the set to sort of clear my head. I think the psychology of performing is super interesting, and I do my best to leave the performing part of myself on stage and just be myself when the shows done. It gets a little heady sometimes, so the shows where I finish my set and immediately have to socialize can be really taxing. I try to do a few stretches or meditate silently for a few minutes before and after if time allows. 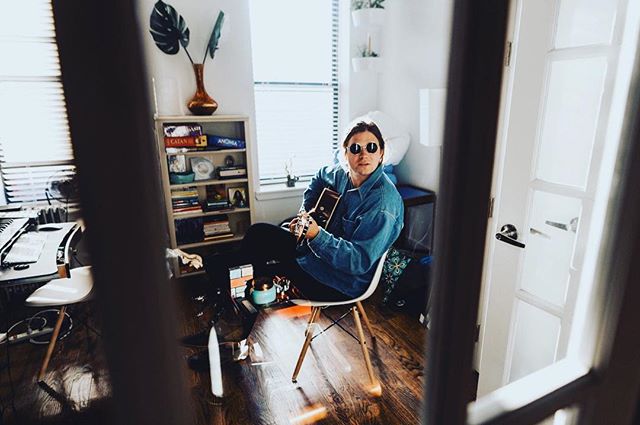 Do you typically find inspiration to write music while on the road?
I definitely do sometimes! I write far less structured songs while on the road, I generally just jot down ideas and random thoughts until a less busy time when I can work on songwriting more. The last tune I wrote is a nice little road trip/camping happy type song that I really love, so I’m trying to stay more open minded to writing about the road.
Do you perform your songs live the same way they are recorded or do you intentionally try to change the experience a bit for the audience?
I think sometimes they are similar to the recordings and sometimes they aren’t, I don’t really feel any pressure to make the same experience as the recording though. The way I play changes over the years so when I’m playing a song like “The Hollow” that I’ve been singing for 4 or 5 years, it definitely has subtle evolutions. I think my live solo show is pretty different than the records I make, but I like to think a fan of the songs would enjoy them both ways. 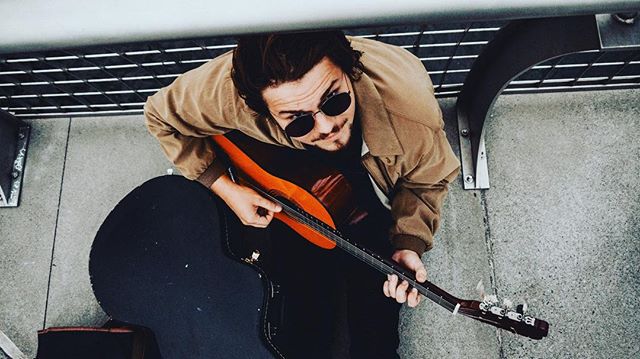 What is your favorite thing about performing live? Least favorite?
I just love when everyone hums or sings along, it’s so awesome to think something I wrote brings people together for a few moments. There’s also plenty of days where despite whatever success I’ve had with music I wake up and feel really insecure about it, so getting to play when people are clearly into the music gives a little confidence boost that is often needed to make art all the time. I guess my least favorite is sort of the paradox sentiment of that, sometimes when performing it just doesn’t click in my head as a good thing, and it can feel really lonely being up on a stage singing.
What is your favorite touring memory?
Wow it is so hard to pick just one, I guess I’ll just narrow it down to my favorite memory of the tour I’m currently on… I played in Oklahoma City, a town I’ve played in probably a dozen times. I was actually there opening a show when I got some really life altering bad news, so every time I visit there are a lot of emotions swirling around. I wrote a song called “Rosanna” about those hard times, and at this month’s show I talked about the loss really candidly for the first time during a gig, and everyone sang the song with me. It was so special and healing, and there were a ton of people at the show I’d already met. Definitely a happy memory. 🙂
What is in the “works” for Corey Kilgannon? Any new music coming our way?
Well I just released a record on my side project Radiant Phaedrus called “Lazy Deuces” that I really love. It’s a slow beachy record we made on a cassette recorder, but beyond that I sort of know what I want the next Corey K album to sound like. I’ve been really quick to release these last few years, so I’m going to take my time on this next record and try to make something really special.
You can stay up to date with all things Corey Kilgannon by visiting his website or following him on the social links below!
Spotify Instagram Facebook Twitter Website
Spotify Instagram Facebook Twitter Website
Spotify Instagram Facebook Twitter Website
Spotify Instagram Facebook Twitter Website
Spotify Instagram Facebook Twitter Website 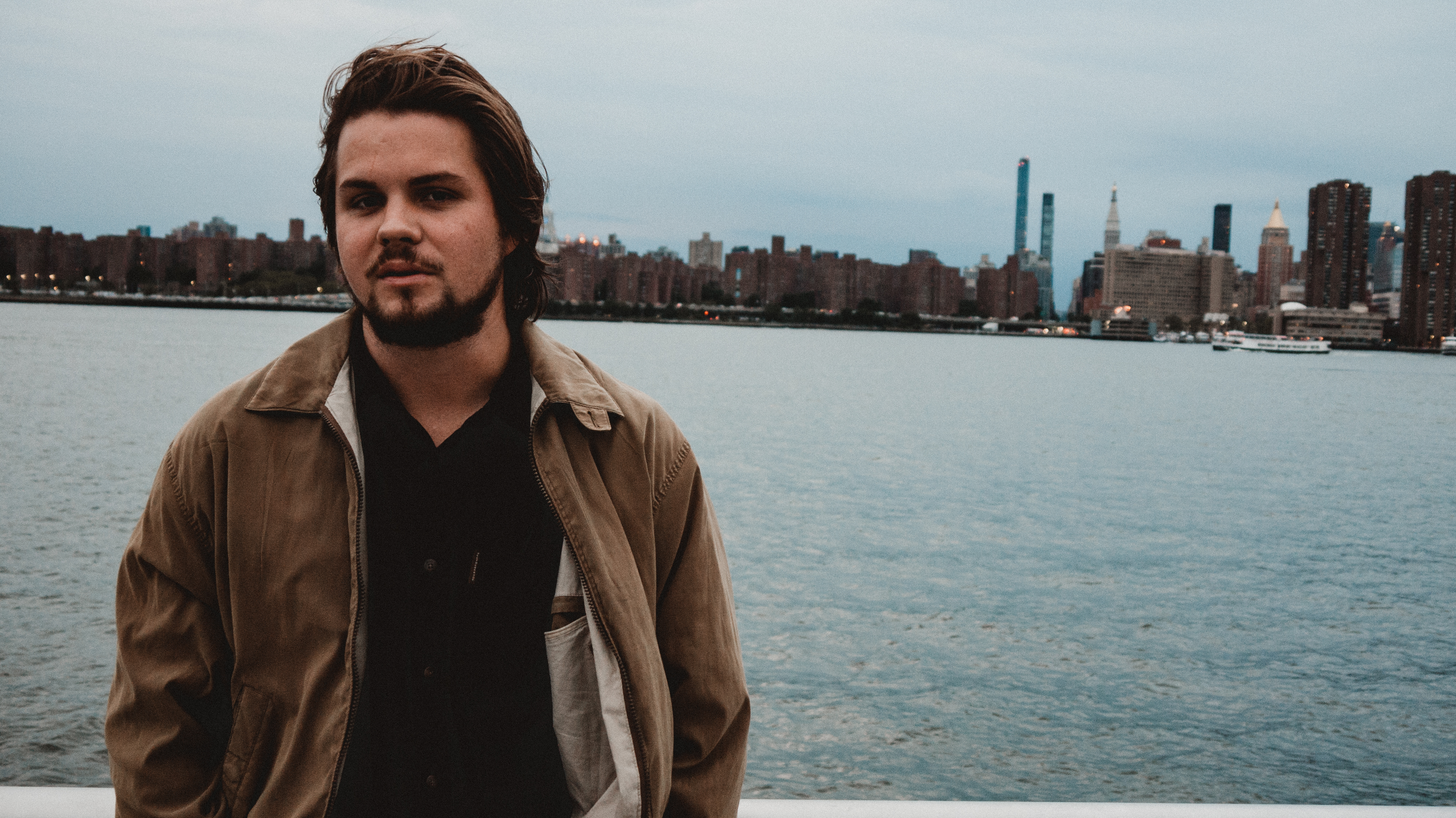