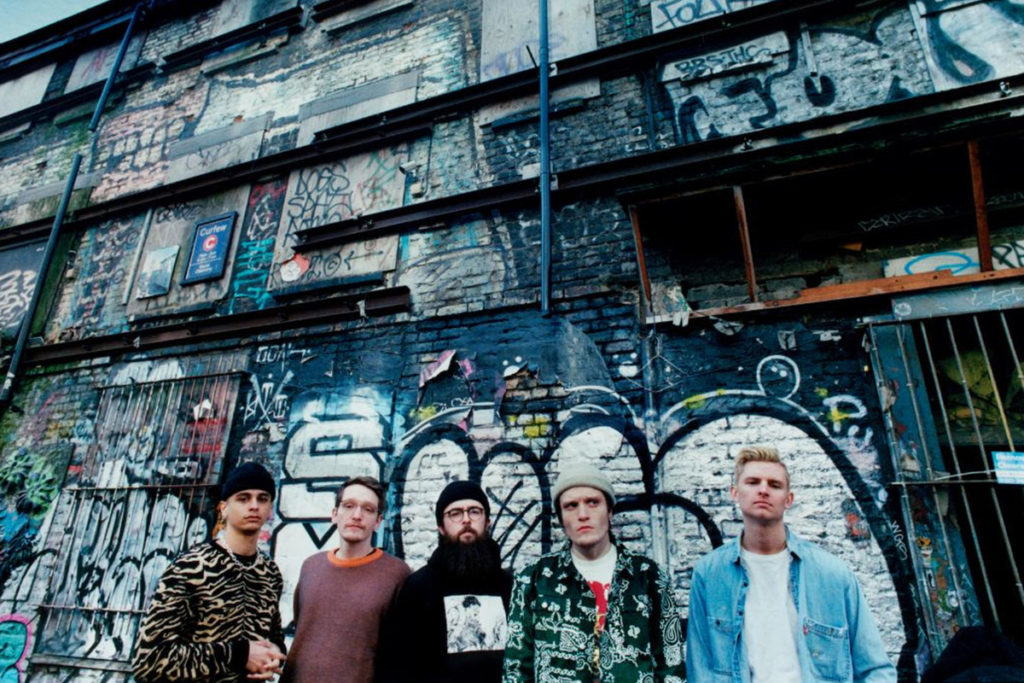 Wrexham quartet Neck Deep, currently on their “The Peace & The Panic: Round 2” US headline tour, have today released a cover of “Torn”, (a debut hit for Natalie Imbruglia in 1997) and they’ve recreated the iconic accompanying music video too. The track will feature on the upcoming Songs That Saved My Life compilation
which is out on November 9th on Hopeless Records

Speaking of their version, frontman Ben Barlow says, “This song is a classic for a lot people; it’s actually one of my girlfriend’s favourite songs ever, so we’ve listened to it a lot. It clicked that we could cover it one day when we were on tour, eating somewhere and it came on the radio. We started singing along and quickly realised this would make an awesome cover, once we’d ND’d it.”

“We recorded the song with my brother Seb, and the video rolled round a little while later. Once again we teamed up with our buddies at OWIG and aimed to recreate the original video, but with an ND twist. We scrapped the love element and instead opted for more comedic value. Alongside that, we have a slight narrative where I’m constantly interrupted by the life that goes with being in a band, with me cutting a frustrated figure.”

“It also features some cameos from some of our closest friends in the ND unit! It was a lot of fun being able to cover such a well-known song. Shooting the video was a breeze and as always the OWIG team nailed it.”

Directors Joshua Sowter-Halling & Daniel Broadley of Our World Is Grey, say “It’s not often you get a chance to pay homage to a massive 90’s music video, so when this landed in our inbox we were definitely stoked! We wanted to get the whole thing looking as close as possible to the original but with a few little updates, like changing the aspect ratio from square (4:3) to Widescreen (16:9) which gave the whole piece a more modern feel. We were blessed with an incredible art department who all worked tirelessly to mimic the original set… the rest of it was just about having as much fun on set as possible!”