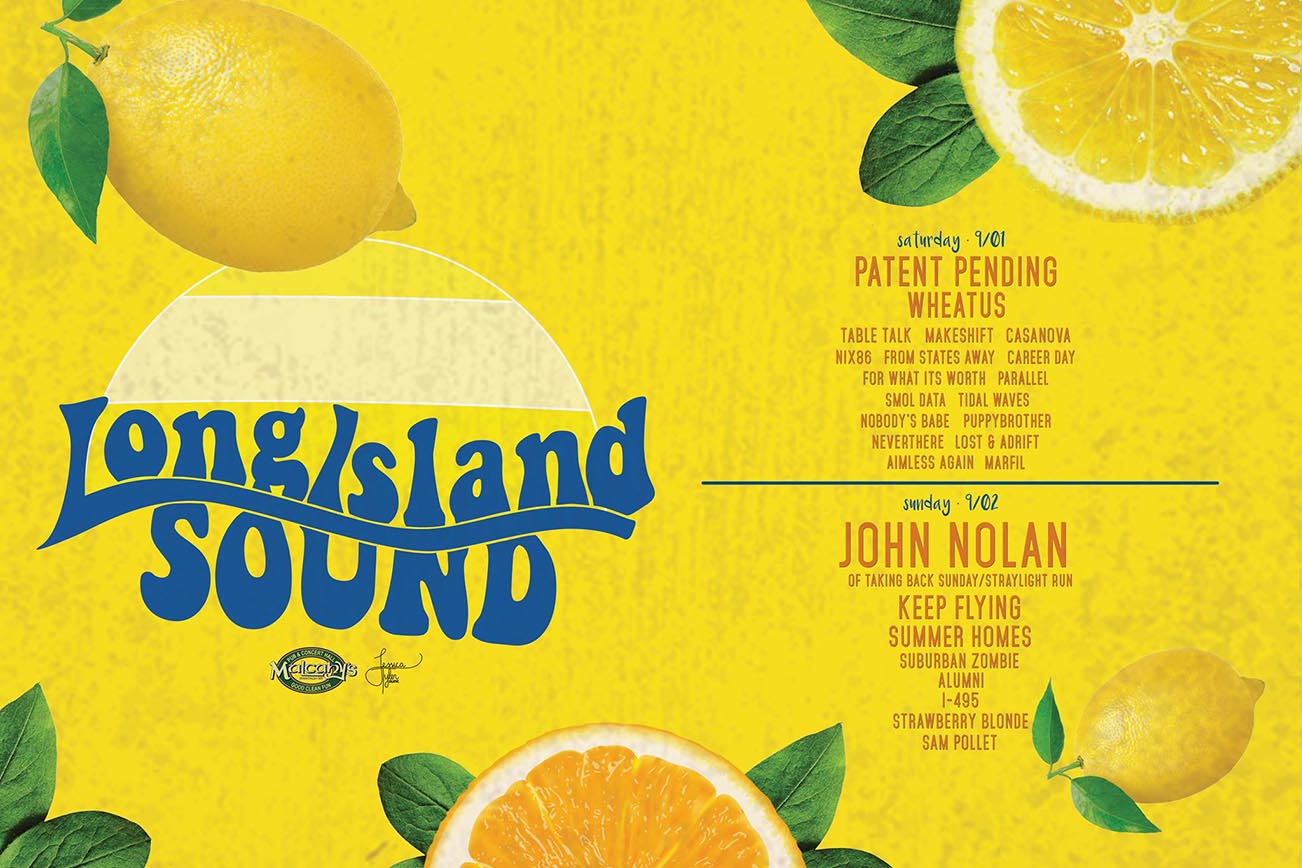 Some call it “Strong Island” and the name becomes especially relevant when you start to dive into the region’s legendary music scene. Some of alternative music’s biggest names come from the area, so it only makes sense to showcase the island’s treasure with a festival put together by the passionate natives.

Long Island Sound Fest had its first run Labour Day Weekend, boasting two days full of Long Island-based bands, ranging from new and local, like Strawberry Blonde, to household names like Wheatus and John Nolan and his band. Due to scheduling conflicts, we weren’t able to make it out for day one, but, after being a part of day two, we know this is something we won’t miss again.

First of all, we want to give praise to the location. Mulcahy’s Pub is a very spacious and inviting venue for an event like this, with plenty of bars surrounding the crowd and a tall stage that can be seen from any spot in the house. Upon entry, we were greeted by a stretch of tables with bands’ merch, local promoters, and even LI-based authors selling and promoting their own work. Vendor-wise, it was a pretty diverse set-up showcasing all forms of art that the scene holds.

Check out our full Day 2 gallery thanks to Jordyn Beschel.

As far as the music goes, bands on day two’s lineup came from various genres at various levels. Solo singer-songwriter, Sam Pollet, started off with her somber and sweet songs (and even performed a tearjerking Julien Baker cover). Following up was newly-formed indie-brass-rock group Strawberry Blonde. The band ended up being on our favorites list by the end of the night with their soothing dream-rock sound with a hint of jazz, very reminiscent of bands like Foxing and Whitney. I-495, a supergroup composed of local pop-punk bands formed for the occasion, popped in replacing a band last minute, and left us all a little shook (in the best way). Playing just one original, and some hell-raising covers, they got the crowd livened up, especially when their bassist sliced his forehead open with a razor blade (we later found out he is totally fine).

Bringing us back to the calm, Alumni gave us serious Vampire Weekend vibes with their super fun and upbeat indie-rock. Summer Homes, who may be familiar to some as the new and improved Whittled Down, shook it back up with heavier grunge rock sprinkled with some sunflowers across the stage. Suburban Zombie, who introduced themselves as The Avengers, played some old-school pop-punk for the crowd, even rocking out with a solid Sum 41 cover. Ska/rock band Keep Flying, one of Long Island’s infamous groups in the alternative scene, drew one of the biggest crowds of the night with their crazy energy and undeniably entertaining stage antics.

Check out the pop-punk/ska stylings of Keep Flying, with “I Always Knew.“

John Nolan and his band were the headliners for day two of the festival, and it was the perfect closing to a festival filled with Long Island’s finest talent. If you aren’t too familiar with the name, maybe Straylight Run or Taking Back Sunday will ring a bell? The multi-instrumentalist played a great mixture of solo originals and Straylight favorites with the help of his talented band, even bringing out Mark O’Connell (drummer of Taking Back Sunday) to play his final few songs with him. Nolan is heading out on his own solo tour this fall, making his first stop a (somewhat) hometown show right here on Long Island.

We commend the founders, booking agents, and artists who put together the first round of Long Island Sound Fest, making the stars of their music scene shine in the spotlight and helping it flourish to ever greater heights. We’re hoping this becomes an annual event as more and more artists make their presence known, we certainly don’t want to miss another round!

Here’s John Nolan performing his song “Hands in the Sky.”