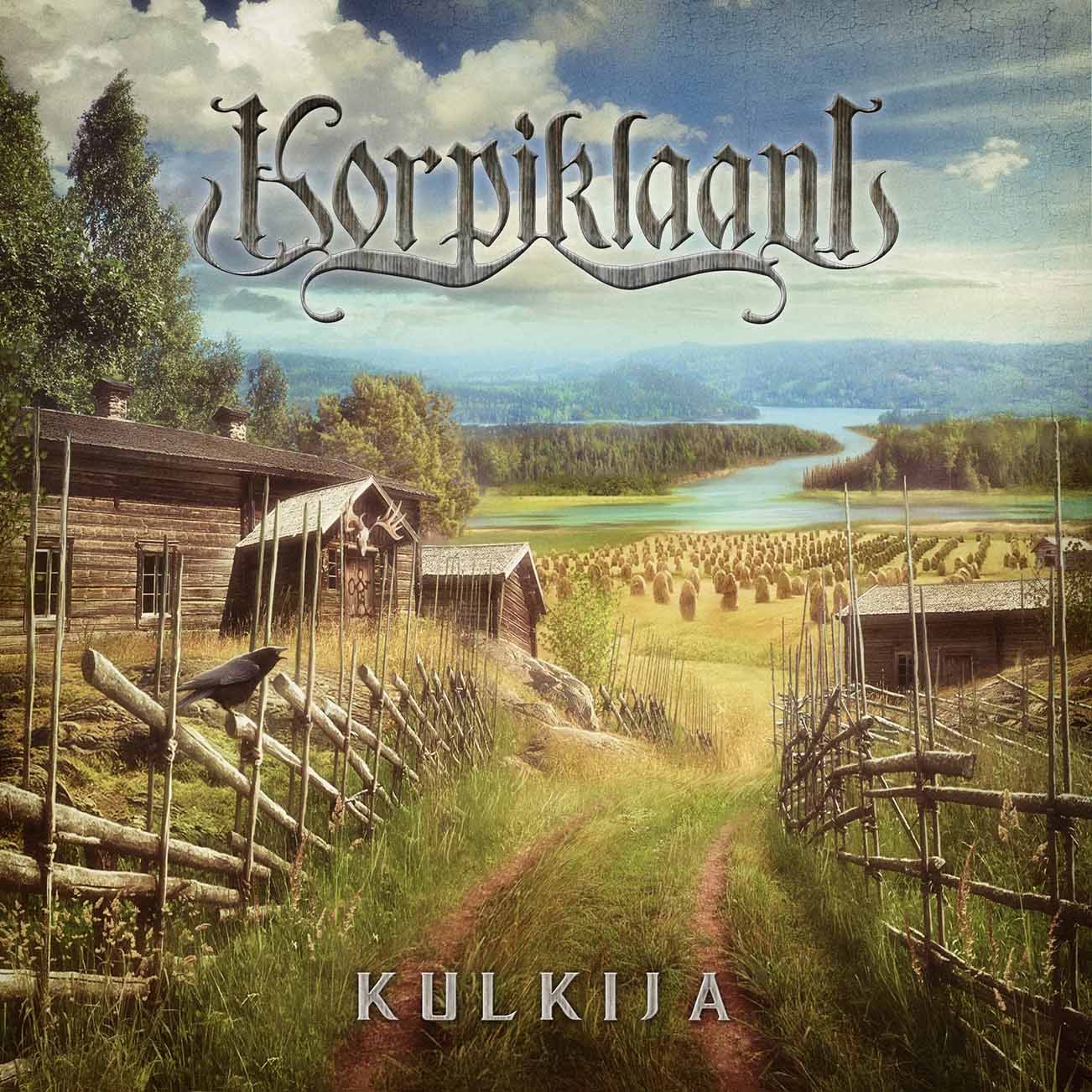 As a longtime fan of Korpiklaani, I was eagerly awaiting the newest release, Kulkija, to cross my desk, and, when it finally did, I jumped in with both feet. I was actually a bit surprised at first: for me, Korpiklaani has always been about happy, mostly up-tempo, at times galloping songs, often revolving around some sort of alcoholic beverage, i.e. “Vodka”, “Tequila”, “Bring Us Pints of Beer”, you get the picture, but Kulkija is quite different.

The two lead tracks, “Nieto” and “Korpikuusen Kyynel”, kick things off and, at first, Kulkija seems to be standard Korpiklaain fare, it trots along nicely while incorporating all the usual folk metal elements. Then the album takes an unusually somber, melancholic tone with “Aallon Alla” and, from there, at least for me, this is a much different Korpiklaani sound.

I don’t say that in a bad way though, because, to be honest, I really dig what they have done here. A more mature, introspective record speaks to the listener, even if they can’t understand the Finnish vocals. Let’s be real, we are all getting older and I think that at a certain point in your career there comes a time when perhaps there is more to sing about than booze, and there are more creative ways to express yourself under the folk metal banner while still paying tribute to your traditional Finnish roots. I think that is exactly what the group has done here, and I applaud them for it. The first single, “Harmaja”, is brilliant and the rest of the record, if you give it a chance, is truly terrific as well.

Check out the video for lead single “Harmaja”.

At the end of the day, Kulkija was not what I was expecting, but, after a few listens, aside from 2011’s Ukon Wacka, this might very well be my favourite release from the band.