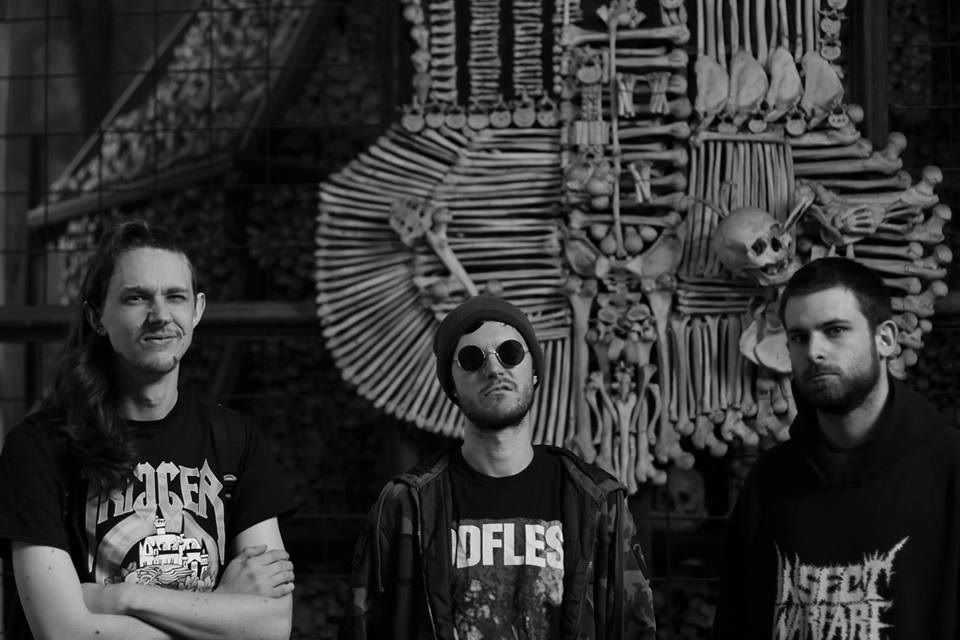 In Conversation with HUMAN CULL’s Sam Trenchard: Grinding It Out and Doing What You Love

“I’ve wanted to be in a grindcore band since I was about sixteen. It’s the perfect vent for me, both creatively and as a means to thrash out the usual frustrations of life. I’m extremely proud of the things we’ve done with this band. But above all it’s incredibly good fun; I get to make loads of noise with my friends.”

After all of PureGrainAudio’s correspondence with Human Cull had been wrapped up, we were remiss in the realization that we never got the exact age of drummer/vocalist, Sam Trenchard, the above speaker. But considering the Exeter, UK grind trio he backstops has a history spanning back to 2011, not to mention five years before that when they were known around town as Gran Toucher, Sam has been living his teenage dream for over a decade now.

In their previous gore-grind/death metal guise, they issued an independent CD entitled Human Cull. Resplendent with titles and themes on the juvenile side of the maturity fence, for instance, “Frantic Hysterectomy,” “Premature Ejaculator” and “Colonic Asphyxiation,” to say nothing of their charming moniker, it was decided soon after its release that a wholesale step to the other side was required. One where they could not only indulge in and display their love for Rotten Sound, Discordance Axis, Cattle Decapitation, Napalm Death and Assück, but also holler about political failings and social injustice instead of deviant sexuality, botched medical procedures and frozen corpses on sticks.

Listen to the brief but effective “The Butcher’s Nails” from Revenant.

“Human Cull was a continuation of what we had ended up doing in a previous band that (guitarist/co-vocalist) Edd (Robinson), our original bass player Andrew (Morrish) and I were playing in,” Sam relates. “It was my first band playing drums and about two or three months prior I’d never played drums aside from pissing about on other people’s drum kits. I knew what I wanted to be able to play and how I thought the band could sound. Edd took over the guitar duties I had previously overseen. He’s a far more competent guitar player than I am, so it seemed the natural thing to do. It went from there as we slowly improved our playing and songwriting.”

After the name switcheroo, Human Cull quickly got to work. In three years beginning in 2012, the band issued two releases a year on average, bumping up their discography with a collection of EPs and splits. With the January 2014 release of The Persecuting Society EP, the band’s lineup was solidified after the departure of Morrish and the recruitment of bassist Luke Archer. Their debut full-length, Stillborn Nation was released in March of that year and lots of touring on the DIY UK and European circuit followed, then a long silence while they tended to the writing and recording of new second album, Revenant.

“Writing it took about a year,” Sam says about the new album. “We found our feet writing and playing with Luke on The Persecuting Society, so were keen to see how far we could take the sound of the band. The new album is much more of a melting pot of ideas overall and somewhat more sonically ‘metal’ than previous releases. It feels a lot more comprehensive of our influences without being jarring, in my opinion. But there was never a particular end goal, just write more interesting songs and play faster.”

The album Revenant is out now on Wooaaargh Records. 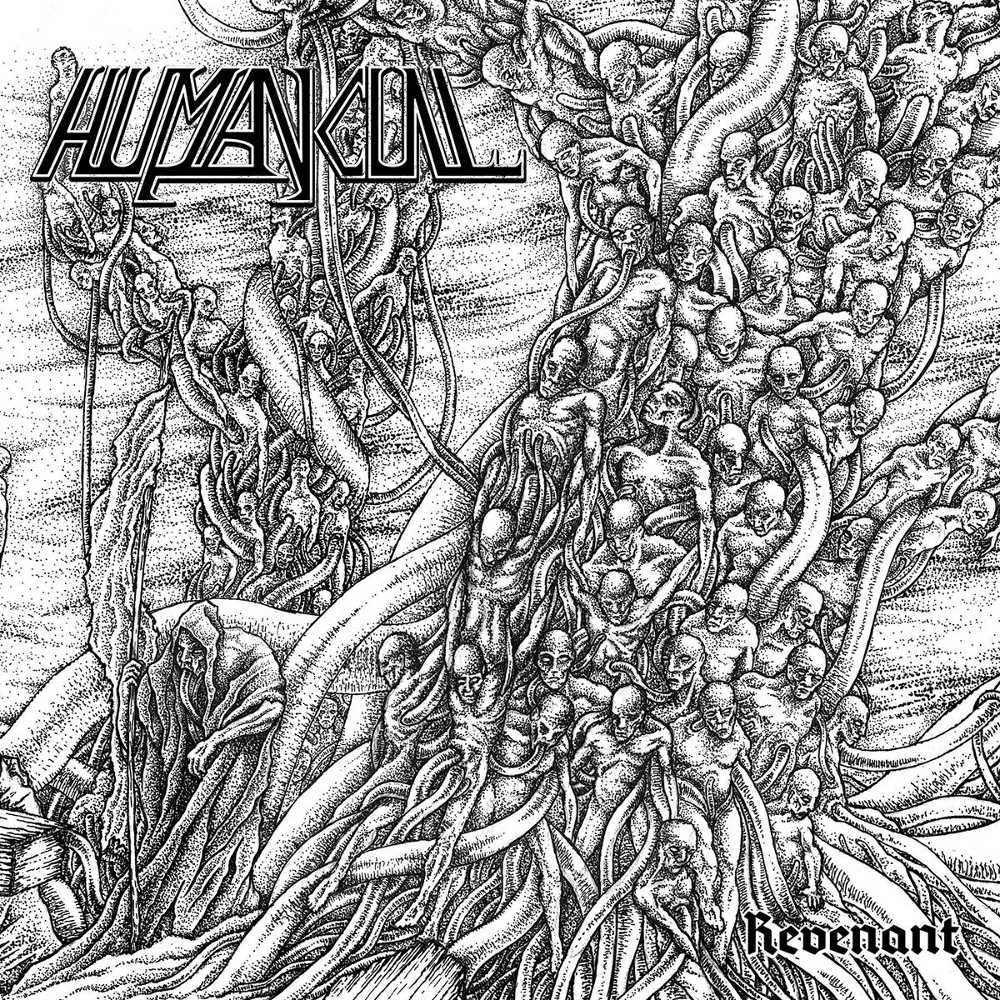 “I think we felt we had found the raw essentials of our sound on ‘The Persecuting Society’” adds Luke, “and needed to consolidate that into something more fully realized. Also, once you record the heaviest, fastest thing you can possibly play it suddenly feels really slow and you need to step up the pace basically. We were restless.”

Before Revenant was completely written, the band approached William Blackmon about assuming duties behind the recording console. With the Gadget drummer, owner of The Overlook studio (located in Gälve, Sweden) and producer of works from the likes of Victims, Beardfish, Birdflesh and The Arson Project in their corner, Human Cull stepped up their game. This, as a result of the progression and improvement that naturally comes with time and experience and the knowledge that Blackmon would squeeze top performances from the band.

“We already knew we would work with William Blackmon,” proclaims Edd. “This meant we were writing songs that were a little more intricate as we had a fairly solid idea of how it would sound. In a sense, we decided upon a production sound in the early stages of writing, the first time we have done this. It allowed us to channel our sound somewhat because we could envisage how songs would sound completed. By the same measure, this was simply ‘just the next eighteen songs,’ to paraphrase Slayer, and we thought they sounded cool.”

Now, are you ready to hear the entirety of Revenant, right now?

“Will added a lot primarily through patience and a keenly honed awareness of what is the ‘right’ take,” says Luke in appreciation of the producer’s contribution. “Like, you finish a track and he’ll just gently lean over and say ‘Hmm, maybe just one more.’ He was also very accommodating of some things, like my demanding to be playing all the bass takes in the room with the drums out of fear of not having the anchor of real people around me to fuck up with.”

“I didn’t play on Stillborn Nation,” he continues, “but I was looking to really flesh out the bass element of things from that release to this. I have a bit of a technical, noodly side and always want to show off the best of that on recordings. We are all death metal boys and I think the weirder side of that is really well expressed on this release. I’ve always wanted to play a grind song in the style of Steve Cloutier (Obscura-era Gorguts), for example, and basically got to on Endless Purgatory. We tried incorporating elements of some atmospheric and sludgy sounds in places as well, like the ultra-brief Jesu-esque section on Baleful Foundation. There was an element of mixing in some of our worst ‘guilty pleasure’ bands as influences alongside the legit stuff; so there are little nods to guys like Fear Factory hiding amongst the Assück and Discordance Axis worship, which is kind of fun.”

“Personally, I wanted guitar riffs and leads to be heard with more clarity,” adds Edd. “I spent ages working on them, so why not make them audible? I know I’m getting into controversial territory here as a lot of grind fans like it raw and simple, but I don’t have such a stern position on this. As far as I care, if it works for the songs and the album, then it’s cool. Raw or clean? Whatever. Does it rock or does it suck? That’s the only question I ask myself these days.”