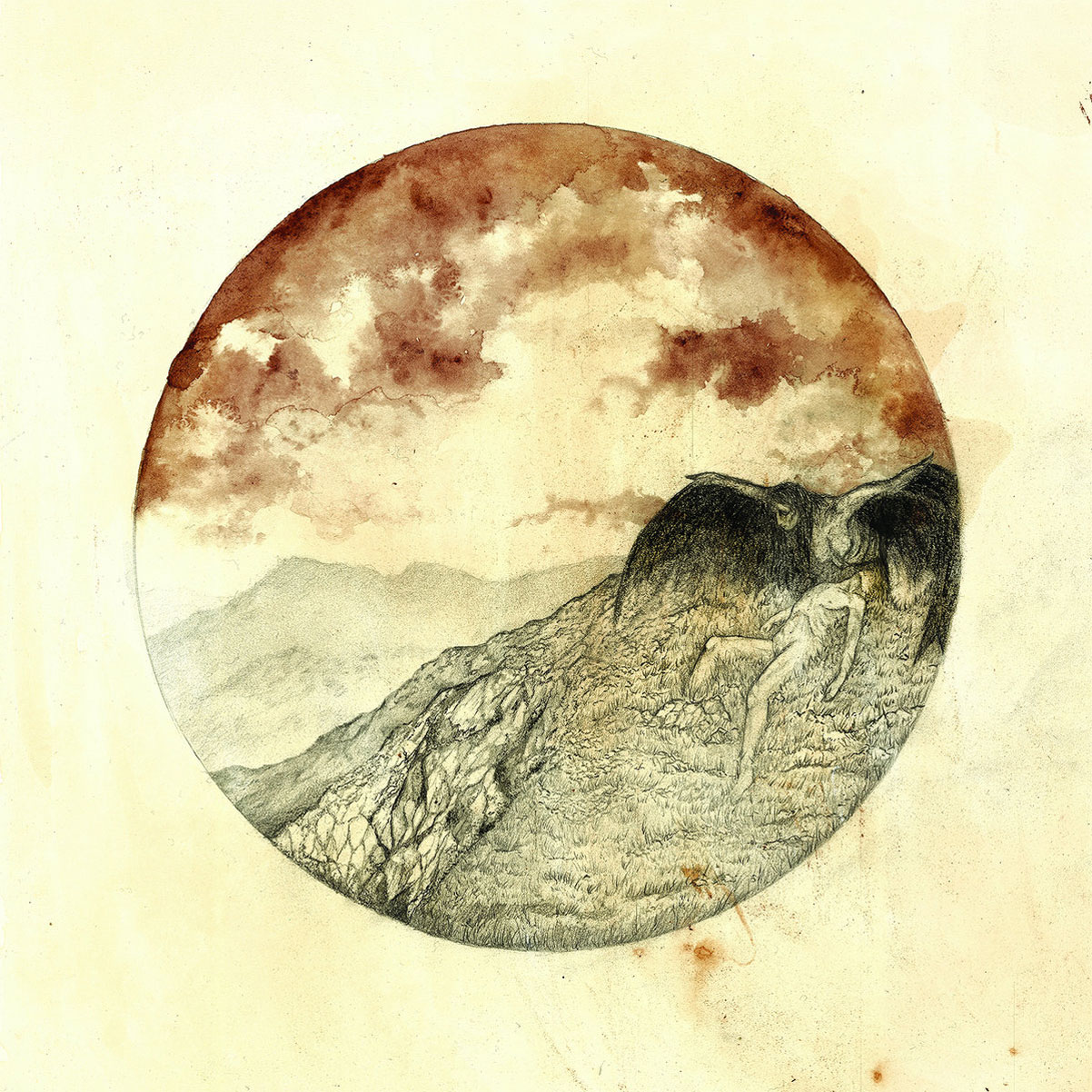 When September arrives, many look forward to the magic of Fall, and the sudden chill that seeps into bones when releases are announced. Because of the approaching winter here in the States, my personal tastes tend to shift towards the darker, more melancholic aspects of metal – chief among them, black metal, which becomes mood music for some of the harshest weather days. However, as much as black metal seems to be the raison d’etre for a lot of people, I have decided to avoid the abyss and mark the beginning of winter with sludge. This, of course, brings me to Fórn, a band whose sludge metal is slow, calming, and paced, but it has blended it with small, acoustic tones that seem to water down the harsher aspects of the music.

Rites of Despair starts off unexpected by sludge standards. Usually, sludge records don’t allow for a lot of build-up before the howling vocals and heavy, viscous instrumentation assault the listener, achieving a jarring effect. Fórn, instead, decide to do the opposite by starting off with the song “涂地“(trans. “all over the ground”), whose sound can be described as eclectic and emotional. Lane Shi’s crystal clear singing works in complete contrast with Chris Pinto’s harrowing growls and screams, allowing for an intense build-up to occur before “Manifestations of the Divine Root” starts. The former track is slow, tantalizing, with a fuzziness that fades in and out of focus. The song also has texture, which can be heard through the usage of walls of noise that collide with one another. It creates a striking soundscape that feels like a welcome palate cleanser before Rites of Despair tears the soul apart in true sludge fashion.

Check out Fórn’s dramatic video for “涂地 / Manifestations of the Divine Root”:

As the album progresses, the screams and growls take a backseat as the instrumentation remains the main focal point, riding a crawling yet head-nodding groove. There is also a slight warmth embedded into the layers of sludge and black metal, creating an inviting soundscape that negates its icy, glacial tendencies completely. Granted, the only glacial aspect about Rites of Despair is its pace, but the music itself has a lot embedded into it. Underneath the down-tuned guitars, rhythmic drums, and sonic layering, there are hidden delights – for instance, soft, soaring vocals in songs like “Ego Desecration” that allow a moment of respite before the sludge returns, and the aforementioned acoustic touches that give this album a vibrancy that allows color to seep in.

What’s more interesting is that Rites of Despair revels in its experimental nature – its lush intensity and hyper-focus on different tonalities allow for an expansion of sound that someone wouldn’t otherwise hear on an album in this genre. It allows for movement and vitality within the microcosm of its music, barely restrained within the confines of its 65-minute length. Add to the fact that Rites of Despair was mastered by Magnus Lindberg of Cult of Luna – a man and band renowned for pushing musical boundaries – and one can begin to understand where its experimental tendencies came from. It’s impressive, massive, and filled with enough nihilism that it makes the listener forget where they are for a moment, a pocket of time.

All in all, Rites of Despair is an album that borders on chaotic and transcendental, far removed from its sludge siblings. The music is excellent, well-produced, and filled with a darkness that brings hope who those who need a little light at the end of their rope. At the end of the world, within the confines of bitterness, Fórn will always be there to accompany you into the sounds of the bleak future.

Here’s the full album stream of Rites of Despair for you to immerse yourselves in: