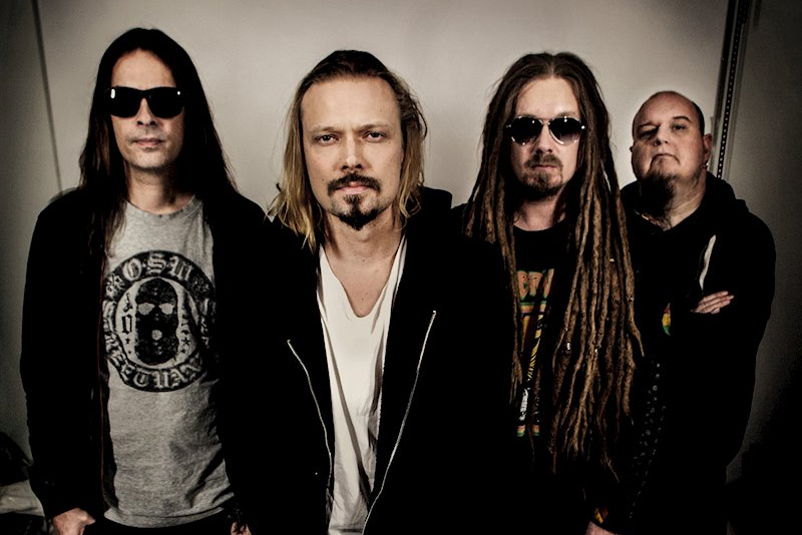 Flat Earth have released their first single and video for “Blame” through Drakkar Entertainment.

The band unites Mikko “Linde” Lindström and Mika “Gas Lipstick” Karppinen (both ex-HIM), Niclas Etelävuori (ex-Amorphis) and Anttoni “Anthony” Pikkarainen (Polanski) to bring a creative vision to life that points to the heyday of alternative rock, but also draws from a variety of other genres without losing the thread in-between.

Their first single, “Blame”, promises to show what people can expect music-wise and is a first taste for the debut album of the Finns, which will be released later in 2018, Europe-wide (excluding Finland) via Drakkar Entertainment.

“We are stoked to sign with Drakkar! We have been working on this album for quite some time now and are super excited that we finally can release the first Flat Earth album in Europe through Drakkar. Can’t wait to get it out and get on the road and play again.” – Niclas Etelävuori.