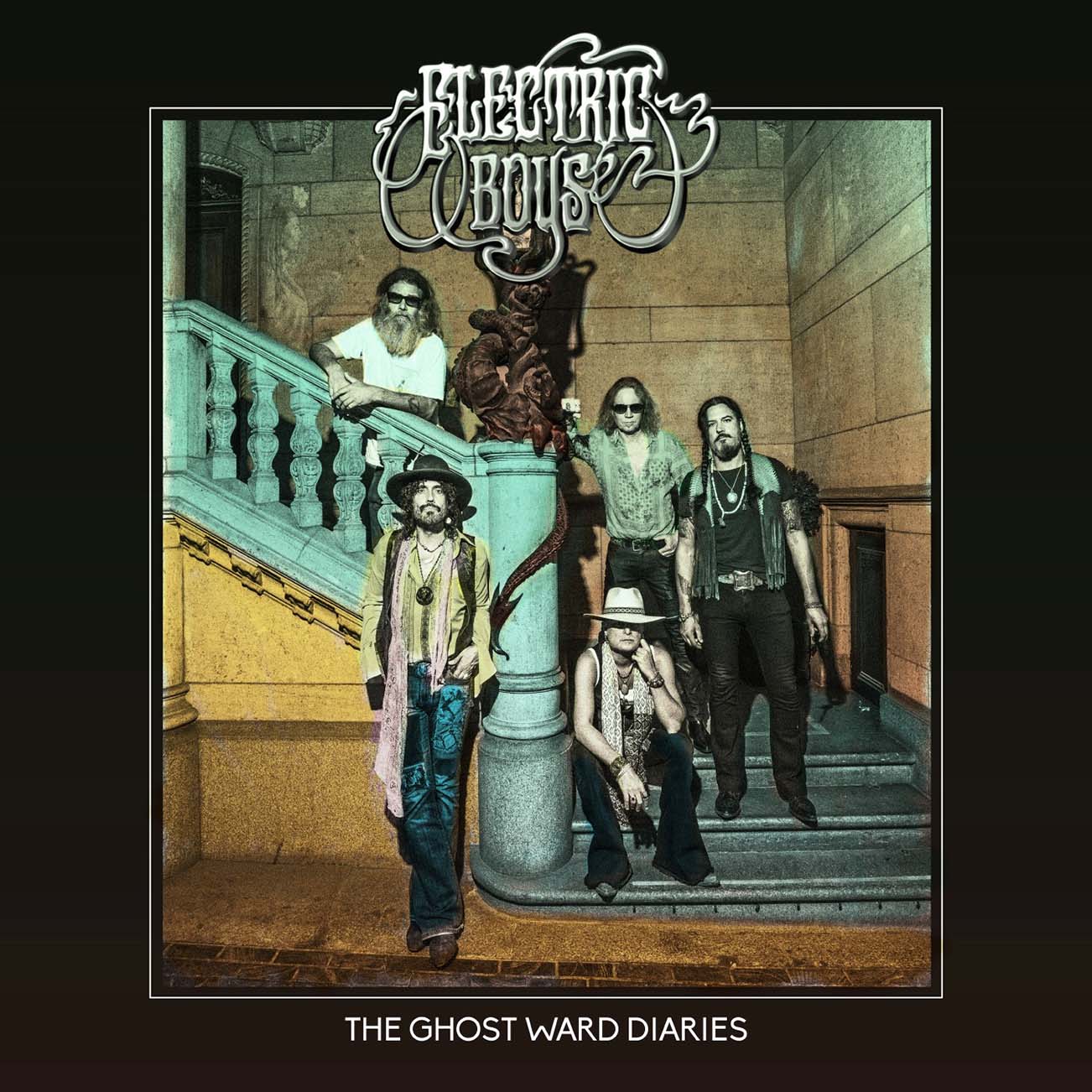 Electric Boys are responsible for what I would consider one of the funkiest, catchiest riffs/songs to come out of the ‘80s. “Lips and Hips” is a song that pretty much defined the ‘80s glam rock metal scene, even though its appearance was toward the end of the era. Had their timing been a bit earlier, I bet they would have become a household name like so many of their contemporaries. Either way, here we are in 2018 and the band is releasing a new record, The Ghost Ward Diaries.

I sat and listened to this one a few times before writing this review and I can tell you that after all these years Electric Boys can still crank out some funky, high energy rock and roll! This is a good listen from top to bottom, with tons of huge catchy riffs, great big melodies, and hooks that burrow into your brain and stay with you long after the record is over. As I write this piece, the hook from “First The Money, Then The Honey” is energetically bouncing around in my noggin.

I really enjoyed this record and am glad to hear from the band again. Their older ‘80s sound has been dropped in favour of traditional ‘70s rock, funky riff driven grooves that compel your body to move with the music. About midway through the disc, “Swampmotofrog” is a tasteful, enjoyable instrumental tune that breaks things up before the album jumps back into my favourite song, the aforementioned, “First The Money, Then The Honey”.

At the end of the day, The Ghost Ward Diaries is a solid listen and a disc that is sure to make its way into my regular rotation.

Here’s “Suffer”, the band’s newest single released in March of this year.