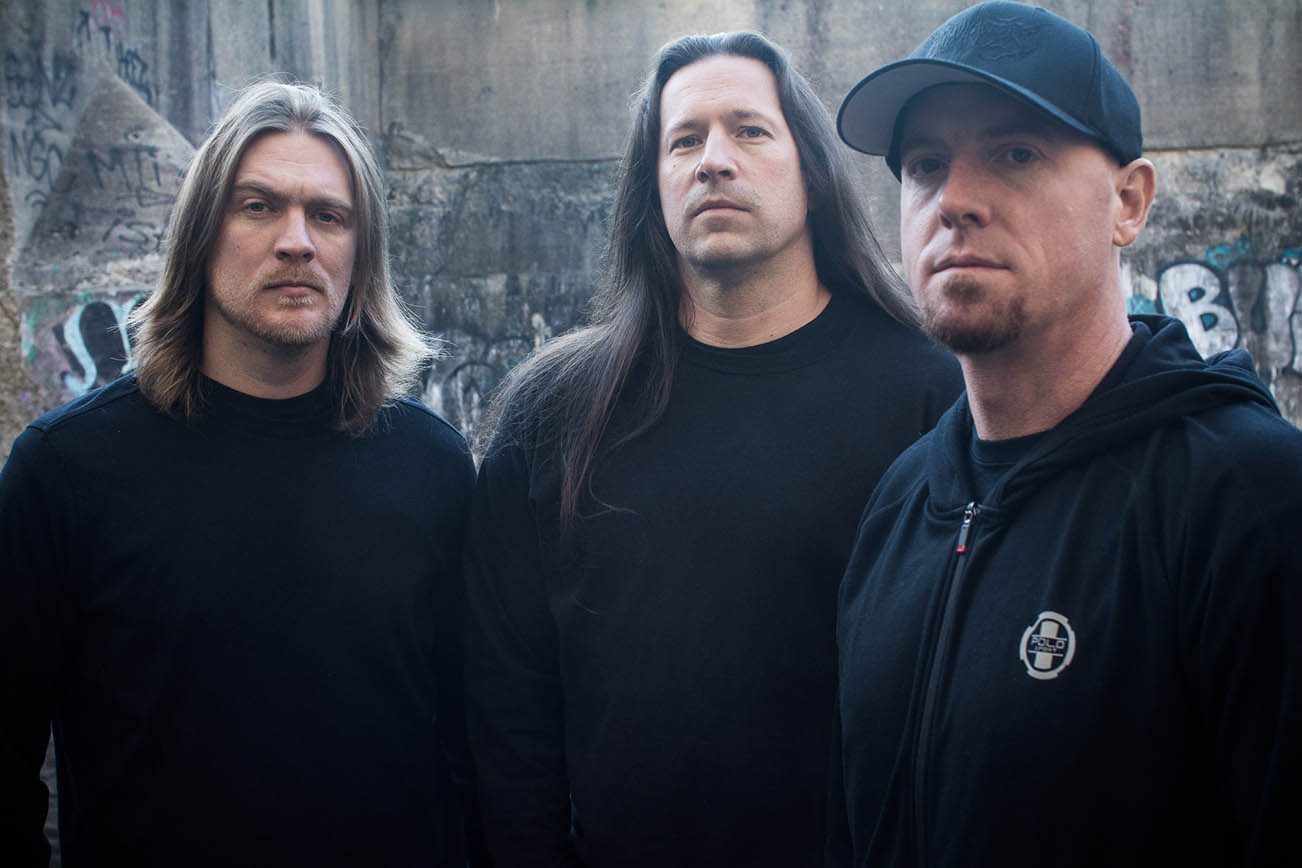 Dying Fetus continue to be torchbearers of extreme metal as one of the genre’s most brutally relentless bands. In addition to consistently releasing flagship albums, including their latest Wrong One to Fuck With through Relapse Records in 2017, the Maryland-based trio have toured the globe countless times since their inception in 1991. We sat down with drummer Trey Williams before a recent crushing headline performance to talk about their latest album, stepping outside the death metal tour circuit, and the differences between the American and European festival scenes.

So this album, Wrong One to Fuck With, has been the highest first-week sales for your band in your career. And after eight albums and 27 years as a band, how does it feel? Especially with the state of the music industry and digital streaming these days.
Williams: Feels great. It’s always good to see upward progress. So when the next one does better than the previous one, it’s a good sign. So, we’re stoked that it’s been well received. As far as the state of the scene, I think the state of the scene is pretty strong right now. Music distribution is an evolving thing right now, I’m sure it’ll settle out in the next couple of years. So far we’re very happy with the way everyone’s liked the album.

That’s great to hear. Speaking of the album, the name Wrong One to Fuck With, it’s so unapologetically brutal. What does that mean for Dying Fetus as a band? What kind of statement do you put out with that album name? What does it mean to you?
Williams: Intimidation. Aggression. Just a general tough-ass motherfucking feeling.

The intimidation and aggression of “Wrong One To Fuck With” distilled into the title track’s music video.

That’s definitely the vibe I get whenever I listen to the album, so its good to hear that. Since the album’s release, you’ve done more than a few tours here in North America, over in Europe, and you’ve done all sorts of different lineups in the wide spectrum of heavy music. From your traditional death metal and extreme metal tours to going on tour with bands from other styles of heavy music like Hatebreed. What’s the reception and what’s it like going on these different tours? Do you see growth from doing these tours? Are the fans getting into it?
Williams: Whenever we step out of the death metal-only show-mode, that’s when you actually start developing new fans, because a hardcore guy probably isn’t going to see Dying Fetus on his own, but he’d probably see us if we were opening for Hatebreed. Fortunately we have a lot of different influences, we have grind, we have hardcore, we have death metal, so we can take our set list and go and make it a hardcore friendly set list. Songs that are front loaded with hardcore riffs, and that would appeal to more to that audience member. And they don’t just get lost in the intensity and speed of the extreme metal.

When you do go outside of your genre and start opening and performing for different scenes, that’s how you grow your band. If we keep only playing only to the same death metal, we’re preaching to the choir. We already have the converted, we need to create more converted, and you do that by getting in front of people and changing their mind.

Wrong One to Fuck With was released on June 23rd, 2017 through Relapse Records. 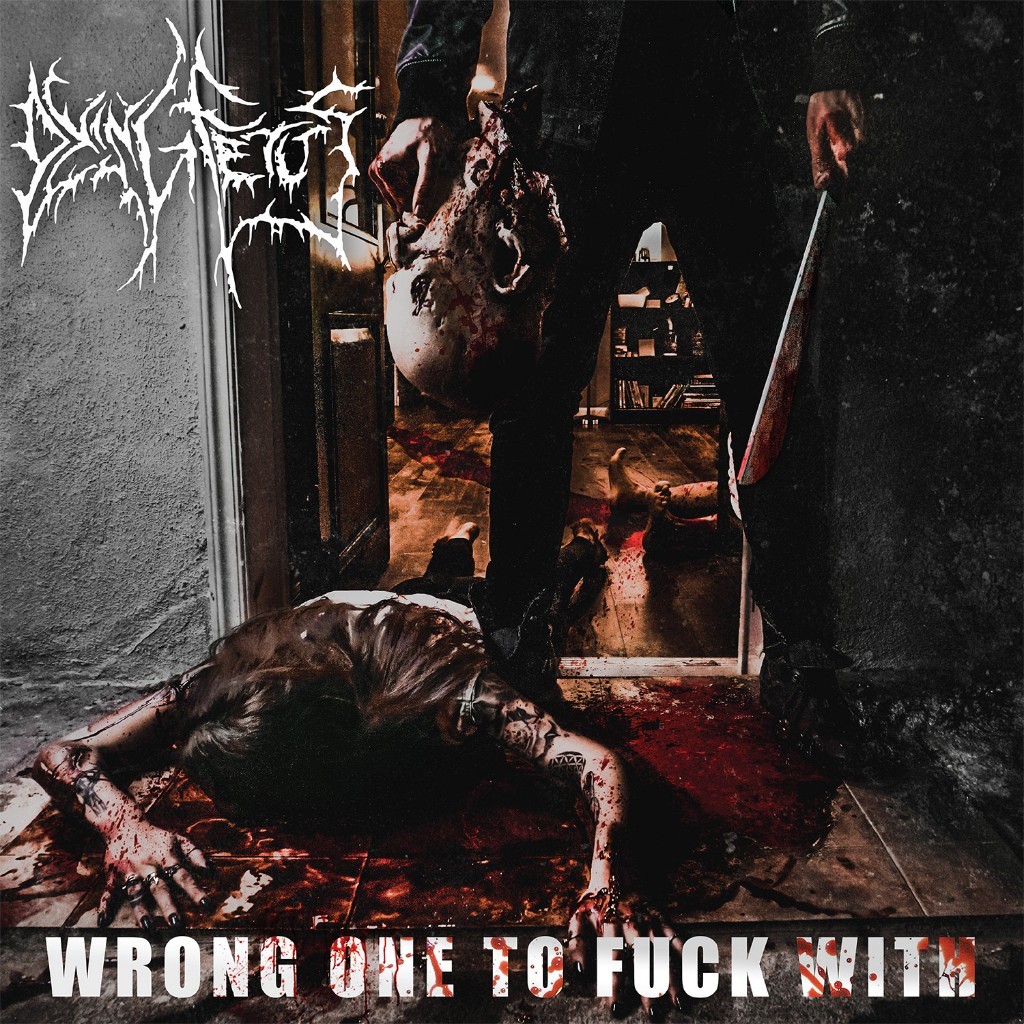 That’s really good. It definitely correlates with what we’re seeing with the album sales increasing, by going outside the death metal circle and doing those tours. To add on top of that, with North American and Europe tours, you also do festival appearances. You’ve lined up a few on this tour with New England Metal & Hardcore Fest and Texas Independence Fest. You’ve also done Maryland Death Fest in the past. Comparing and contrasting that to Europe, where’s it’s these full-blown, outdoor, multiple-day festivals, what do you think works for both of them? What do you like from both these settings? Do you think America has a way to go to catch up to the European setting?
Williams: The American scene and the European scene are two completely different kinds of animals. In Europe, it seems like heavy music in general is taken more seriously. In North America, it’s a joke to most people. “That’s cute, you’ve got a hobby. When are you gonna get a real job?” Well, this is our job. We work really hard at it. We try to do it well. But as far as festivals in Europe and North America, I think North Americans aren’t down with camping in general, so European festival culture isn’t going to work over here. That’s camp out, they have a lot more of a vacation time culture, where it’s July-August is… so many people, half the country is shut down because whole businesses go on vacation for a month. That doesn’t really happen here in the States, actually, Americans take less vacation than a lot of other countries.

As far as Maryland Death Fest, I think American festivals have their own vibe because they’re a lot more like one really big show. The cool thing about that is it’s just condensed, it’s really tightly condensed, because of that its a little more intense. Things like Maryland Death Fest are neat, its not one venue. In Baltimore, you have to walk through the city. I remember the guys in Carnifex were telling me they were walking from one venue to another and they look over and there’s a hooker giving a guy in a blowjob. They look over, they’re taking a picture at him and the dude’s like “What?”

Before you go, listen to this stream of the “Die With Integrity!”