Dan Miraldi is a Cleveland-born, New York City-based musician who is about to release his new full-length record called Alphabet City 2 AM (Pre-order via Spotify or iTunes). He is an innovative artist who blends lush Americana and archetypal rock sensibilities over powerful vocals. In an age where music continues to change, in many ways for the worse, Miraldi is trying to stay true to his roots, and the music he grew up with.

He is unconcerned with today’s trends and adjusting to the so-called “times” by making the music he wants to make and releasing it the way he wants to release it. In a very special guest post, Miraldi has authored an interesting, inner look into himself, his mindset and where he’s currently “at” musically. Read on for a very special look at why Miraldi is an artist that immediately commands respect and integrity in an age where many are only interested in the flavour of the week.

Watch the video for the rocking sounds of “The Sweet Sound of Protest” from Love Under Fire.

I have always been an independent artist, never been on a label and never had a publishing deal. I do most of my own booking and have never had a manager. I have hired publicists and radio promoters to assist me at key points, but the major decisions, failures, and successes have been mine to manage. Ultimately, it all rests on my shoulders and comes down to how I choose to expend my resources. I have to balance being an artist and being a businessman.

I have a reputation for being old school. I have been called a “rockist,” or one who places rock above all other genres. It was supposed to be an insult, but I’m okay with it. I love rock n’ roll. Despite the rumor, I do listen to other genres and music recorded after the 1970s, but my heroes are artists like The Beatles, Rolling Stones and Bob Dylan. Sure, they had hit singles and songs that stand on their own, but they made great albums, lots of them.

Take a listen to “Woke Up Naked” from the new record Alphabet City 2 AM.

If you ever want to irritate me, put side two of Abbey Road on shuffle. Excuse me, the fab four did not arrange those songs in a random order. They fought with each other and fretted over how best to present those songs so that each one flowed into the next. It was important to them. I am not trying to compare my new album to Abbey Road. I am saying that they created templates that stand the test of time and resonate with me.

I have been in the trenches of rock n’ roll a long time. I have endured DIY van tours, indifference, heartache, and rejection. I am sometimes wrecked with moments of crippling self-doubt with my music career. I have stared into the cold, dead eyes of the music industry and saw that no one really knows what is going on. It is a massive scramble. Everyone is looking at the person next to them trying to see if that person has a magic formula that they can steal. Other people may follow different models that work for them. That is fine too. Much hinges on luck. However, what I’ve learned is that my best assets are being real and trusting my gut.

That said, I made a god damn full-length-record.

Alphabet City 2AM will be released via streaming services on September 7th. 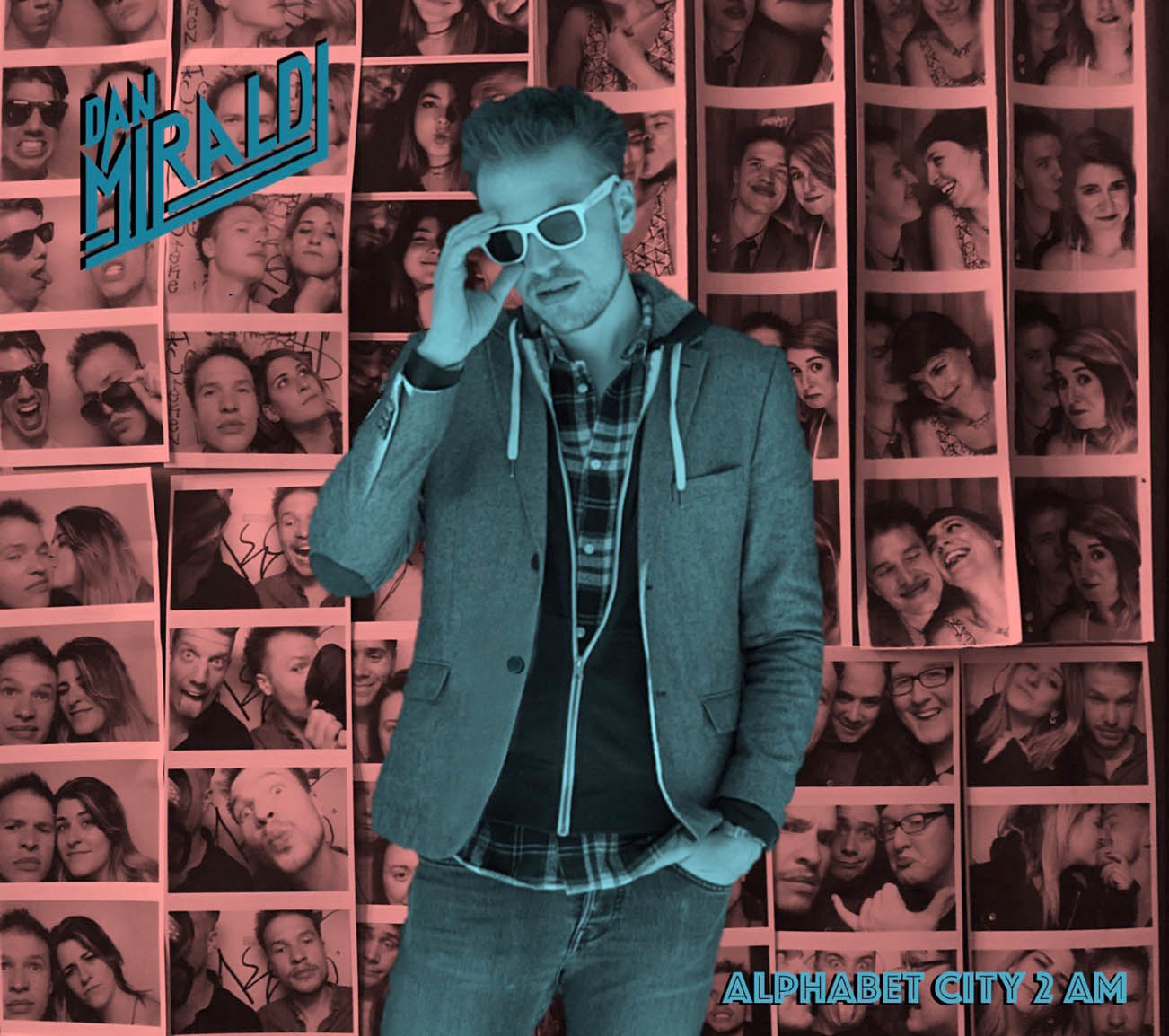 Essentially, the artistic voice in my head out-argued my inner practical businessman. To me, the songs on my album came from the same place and time and belong together. The writing of this collection took place between the fall of 2015 and 2016. Composing this record was both cathartic and joyful. In the past year and a half, I had uprooted my life and moved from my home of Cleveland, Ohio to Manhattan. I was trying out different dating apps and having a pretty great time. I had stories to tell and I put them down in my songs. This record is not a rock opera or anything like that, but the music is unified by the life lessons of 21st century dating in New York City. Common themes are woven throughout the lyrics. Ultimately, this ten-song long player is a complete 35 minute and 40 second listening experience that I have curated for whoever is curious enough to hit play. Although I was at times tempted to break these songs up into singles and EPs, I just could not do it.

Before I went into the studio, I demoed an album or two’s worth of material. For scheduling reasons, I split the studio recording sessions into two parts. Going into 2017, I was sitting on five finished studio tracks for Alphabet City 2 AM. My plan was to finish recording the rest of the album early that year.

However, I pressed pause on Alphabet City 2 AM and recorded Love Under Fire, an EP (yes, an EP) of rock-driven fight songs about civil rights, fear, and gun violence. In the wake of the presidential election and in protest of the hate rhetoric of neo-Nazis, I felt compelled to write a political album. It came out last fall. When I was done promoting Love Under Fire, it would have been an easy and logical step to release the five finished Alphabet City 2 AM songs as an EP.

This Dan Miraldi tune is a real “Demon Baby”. We dig the riff.

Don’t think I wasn’t tempted! I would listen to the existing finished tracks and consider how I would present them. I thought about how the music felt to me. Was it an EP? I then would go back to those other songs I had demoed when I was writing the album. I was proud of the already finished tracks, but on a personal level, they did not paint the full picture of what I first imagined. I saw what it could be. I did not want to have regrets. Five songs became ten songs.

As of this writing, my album is still a week away from being released. Only a handful of people have heard it, but I am excited to share it. Looking to my future, I will release singles. I will release EPs. I will release full-length albums. Most importantly, I will rely on my artistic instincts on choosing which format to use. With Alphabet City 2 AM, I know that there will be people who only fixate on the singles, but I also trust that there will also be listeners who will appreciate the ebb and flow and pacing of the LP I have created. You can put it on shuffle if that is your thing (I appreciate the plays regardless), but I thought long and hard about the track order and how each song sits next to the one before it and after it. I guess the only way to decide whether I was right or wrong is to sit down and listen to it … all the way through.