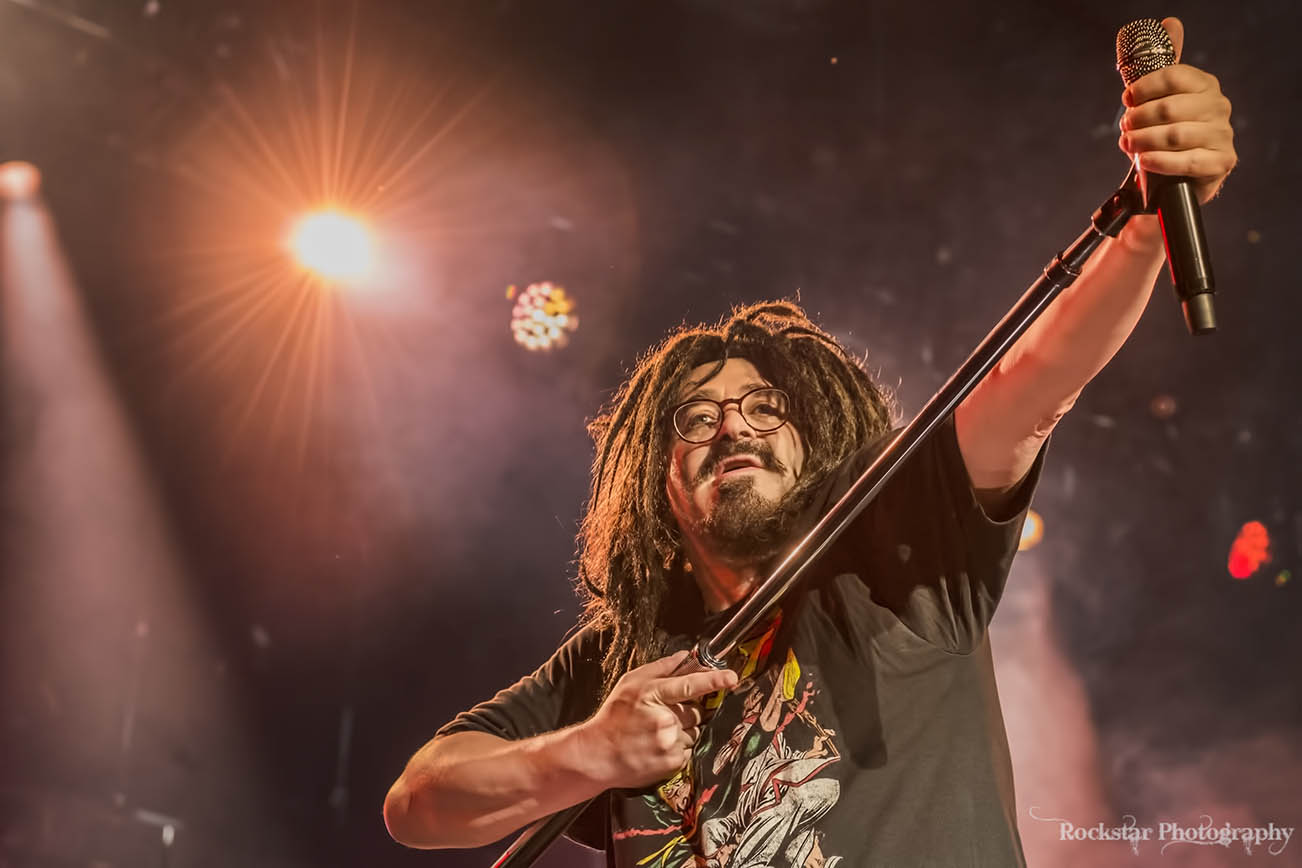 California’s Counting Crows, along with Pennsylvania’s, ‘90s alt-rockers Live, made a stop at Budweiser Stage in Toronto on their “25 Years and Counting Tour”. It was another hot summer night in town and fans flocked to the venue to see and hear some of their favourite tunes from two of the biggest bands from the ‘90s.

First up tonight were Live. Frontman Ed Kowalczyk and the band sounded great, and fans showed their appreciation by all turning on their phones’ lights to create a very cool “sea of lights” emanating from the crowd. (Long gone are the days of people raising fists with lit Bic lighters clutched in their hands.) Live played an excellent set of classics, and yes they couldn’t have left the venue on this night without playing their signature tune “Lightning Crashes.”

After a brief intermission, the evening’s headliners were up. Counting Crows sounded as tight and refined as ever, playing a longer than expected and hit-filled set. I could overhear some conversations where, over and over, people were remarking, “I wonder if they’re gonna do ‘Mr. Jones’ tonight?” The band chose not to play that song the last time through town and you can be certain that every fan, myself included, was hoping to hear it. Then, suddenly, a few songs into the set, you heard the signature…. “sha, la, la, la, la….” As you could well expect, the place went nuts. Another excellent show from some classic bands. What more could you ask for a warm, late summer evening?

Since you’re probably already singing it in your head, why not check out the “Mr. Jones” music video?