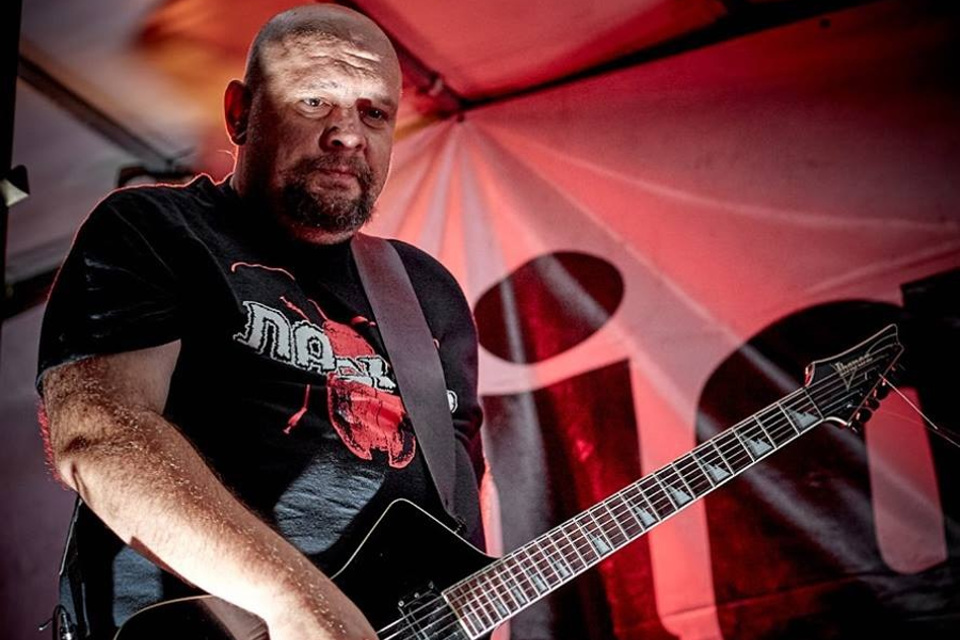 Interview with BOTTOM: Brutal Truths from the Polish Grindcore Outfit

Polish grindcore band Bottom have just come off of a manic summer of touring festivals. This followed the release of their crushing EP Epidemo in May of this year. It’s been an ambitious run for a band that has been firmly rooted in the Polish hardcore and grindcore underground scene for nearly a quarter of a century. We managed to catch up with guitarist Marek “Laski” Bielawski as the dust settled on their intensive summer run of shows.

Stay tuned for new show announcements for Bottom going forward, as these guys will be gathering strength for the oncoming winter and year after of touring and possibly recording. You can and should download Epidemo which you can find at the band’s Facebook page.

Bottom have been at it for some time. Who are some of you favourite bands you have played with? Any particular experiences that stand out for you?
Marek “Laski” Bielawski: Yeah, we’ve been playing shows for 25 years, so we’ve shared the stage with a lot of bands. Some don’t exist anymore. A lot of these bands are bands whose CDs I have on the shelf, for example Extreme Noise Terror, Straight Hate, Cerebral Turbulency (RIP), Parricide (RIP), The Dead Goats, The Arson Project, Infatuation Of Death (RIP), Psychoneurosis and many more… Of course, each of these bands influenced Bottom’s music. We play what we like to listen to (laughs). Nothing special, this is a normal situation.

The new album is shaping up to be one of your most aggressive yet. What are some of the ways in which you guys keep the music writing process fresh for yourselves? Where would you like to see yourselves touring with this album?
Bielawski: I think the new EP Epidemo, in view of aggression, resembles the previous full album Psychofilia. The creation process is the same all the time. Of course, we have better skills and a more complex imagination that develops when you create. On the other hand, songs are a maximum of two minutes (usually), so they are free of unnecessary sounds. Every song has to kick you on the face, give you strength to act, force you to move your ass out of the chair and do something important to yourself. If it works for us, we assume that it will work for listeners. And we want to give it to you. Tour? Everywhere (laughs).

Check out the official video for “Replika” from Epidemo.

Poland has a long history of political turmoil and strife. How much of that would you say informs your musical tastes and output? What has kept you going as a band throughout your time together?
Bielawski: We are Polish. We are forty-year-old guys. The entire history of Poland, the current political and economic situation, and thinking about the future, whether our country or our families, affects us. Although we’re not hipsters, we want to express our opposition to all these shit aspects of life. And over the years, there is still more shit we have to fight with. People are becoming more and more stupid and very easy to manipulate. We try to draw their attention to what governments, corporations, the church, and the Internet do. We try to force them to think! Independent thinking!

We have been together for so long because we are friends. Our families know each other. We try to respect each other. Quarrels, of course, happen. Six guys can jump (at each others’) throats (laughs).

What is one of the main messages you want people to take away from listening to this record?
Bielawski: I’ve written a little before (on this). Independent thinking! It’s the most important. Learn to think for yourself. The government tries to think instead of you, but not for your goodness. Corporations will do everything to have your money and make your choices the way they want them to be. The Church wants to impose the only right image of the world so that you do not look for other paths. In all that your head is bombarded with, you must find yourself. This is the most important.

Of course, nowadays, we can’t do anything without new technology, but we should use it reasonably! I described to you what we are trying to convey in texts, but these are not detached from music. Music is used to discharge tensions. It is supposed to be aggressive so you do not have to unload this aggression in a different way. It has to be that you want to tear yourself to pieces of (laughs). Scream loudly, run in circles, wave your arms, hit your head against an invisible wall, roll on the floor. Do what you want. Our concerts are for this. Unload yourself!

The EP Epidemo was released in May of this year.. 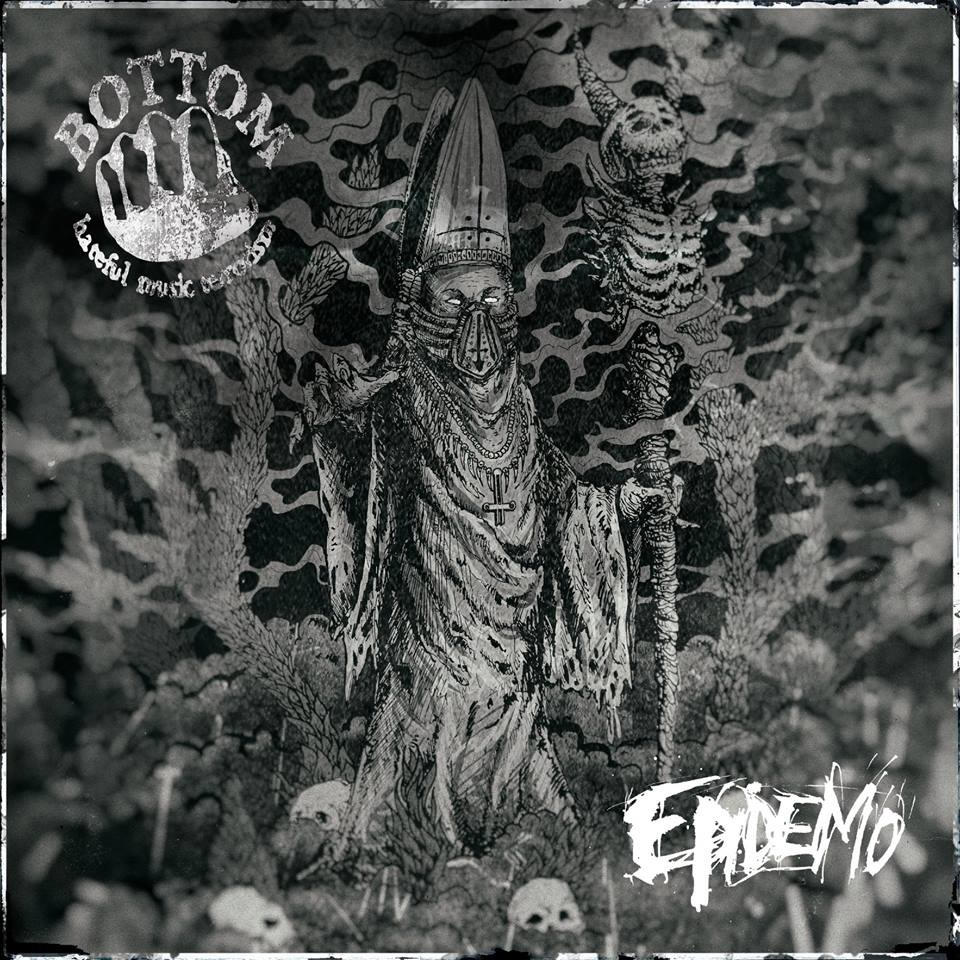 How has music helped you, both as a band and individually, in dealing with life’s tribulations?
Bielawski: Music is the most important hobby for each of us. We have no other. Okay, our bass player is crazy about the mountains. All the rest is absorbed in music. It has a significant impact on us. Music in my house plays all the time. It arouses emotions, it drains emotions. It calms but also causes positive aggression, which I wrote earlier. That’s all.

Who are some of your main influences? When you imagine yourselves playing on your “dream” bill, a mega tour with three bands of your choosing, who are those three bands?
Bielawski: For me? Napalm Death, Napalm Death… and Napalm Death, (laughs). Ok, maybe not three bands, but maybe three tours.

A lot of the world is pretty blind to what is happening in Poland right now. Where do you as members of a band place a lot of the blame for the problems in your country. What would you like people outside of Europe to know about the situation there right now?
Bielawski: Huh… do you have a lot of space on the server? (laughs) Poland is one of the largest countries in Europe, but unfortunately, through our history, for several centuries, it’s been marginalized. From the end of the 18th century until the end of the First World War, Poland did not exist. Then came the Second World War, after which we remained under the influence of Russia until 1989.

Want more from Epidemo? Have a listen to “Pandemia.”

After this year, the desired freedom and democracy finally came. Not full, unclean, because we had to learn a lot. It looked better and better, but the election was won by the party that gained popularity through aversion towards immigrants, gays, and people professing a different religion than Catholicism. They bought people through a very extensive social system in which they give away money. This money is borrowed, so they indebt us as a country. People can’t see it because they only see the tip of their own nose. At the moment, they are doing everything to change the law in Poland, which will be adapted to their thieves and possessive needs.

However, Polish people have often shown that there is a limit on patience somewhere. I’m counting on it now. I hope my countrymen will wake up before it’s too late… I could write a lot, but I think I’ve summarized the most important aspects for you at the moment. However, Poland is not an exception. These shit trends are also taking place in other countries. People have probably forgotten what happened twice in the early twentieth century. It was a long time ago, so they probably got out of consciousness. Now they have Facebook, which is their whole world. Argh…

If you could pick one city you would like to play a show at right now, where would it be and why?
Bielawski: The most difficult question (laughs). I have no idea, there is no city like that. Can I choose a continent? Or two? Asia and South America! Can I? (laughs) Thank you very much for the interview. And maybe someday at some concert, we will get to drink a beer together!