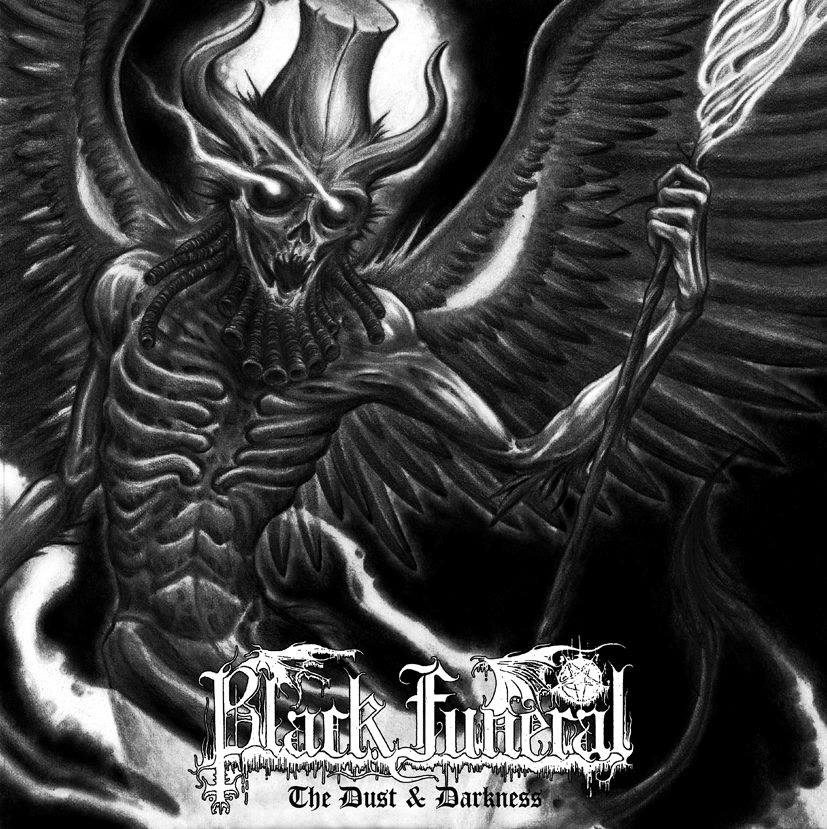 Black Funeral – “The Dust and the Darkness” [EP] [Album Review]

United States Black Metal (USBM) is often treated with derision by Scandinavian second-wave aficionados, despite spawning genre-defining acts like Wolves in the Throne Room, Deafheaven or Leviathan. And that’s not even counting some of the long-running artists that somehow fly under the radar, even though their musical output is consistently of the highest standard. Take Black Funeral, for example, who have been putting out soul-searing, conceptual occult-tinged black metal since 1994 and whose 2016 Ankou and the Death of Fire was every bit as fresh, raw and engaging as their 1995 full-length debut, Vampyr – Throne of the Beast.

The latest release, The Dust and the Darkness, continues in this vein, marrying ambient soundscapes to black ‘n roll riffing that display a strong grasp of melody; the continued partnership between founding member Akhtya Nachttoter and Drowning the Light’s Azgorth Drakenhof is a fruitful one, with each member’s songwriting contributions complementing the other.

As a consequence, The Dust and the Darkness offers a short but stirring paean to these forgotten underworld figures, phrased in music that is at once primitive in its emotive delivery but highly sophisticated in its composition and arrangement. If you’re looking for black metal that’s as nostalgic as it is exciting, then The Dust and the Darkness is exactly what you need in your life.

The Dust and the Darkness Track Listing:

01. Dankuis Daganzipas (Dark Earth)
02. Alanni Goddess of the Underworld
03. Chemosh of the Dust and Darkness
04. Mistress of the Pit