Art Of The Meal: GWAR’s Blöthar on GWARbar, Eating on the Road, and Where to Eat in Richmond, Virginia

Depending on the source of your information, GWAR is a band from Richmond, Virginia that formed in the mid-1980s, or a collection of warriors from the ancient outer space collective known as the Scumdogs Of The Universe. So, whether you have known of GWAR for a few decades or for thousands of years, the group has released over a dozen studio albums. GWAR has been nominated for several Grammys and has the further distinction of having its own branded bar and restaurant, GWARbar, as located in Richmond.

We had the pleasure of doing Q&A with Blöthar of GWAR — which released The Blood Of Gods last year via Metal Blade Records — about the aforementioned GWARbar and where and when he and his bandmates like to dine. More on all things GWAR and food can be found online at www.gwarbar.com.

The Indiegogo video that helped make GWARbar a reality.

When you are in the studio, what sort of food and/or drinks do you keep around?
Blöthar: We generally keep a water tower filled with Midnight Dragon malt liquor, and case after case of 7-11 chimichangas. We are all left to forage on our own, so we eat a lot of garbage out of garbage cans.

Is that the same sort of stuff you keep around when playing a gig?
Blöthar: No, on tour we mostly eat babies. It’s on the rider. We eat shit sandwiches and lots of crow.

How important is food in your everyday life? Where does it rank in terms of hobbies?
Blöthar: For Beefcake, food is his life. He lives in a type-2 paradise of gumdrops, lollipops, and cholesterol medication. Balsac is an actual chef and line cook in the GWARbar. He eats weird shit. Lots of foams and sprays. I really like taking dumps, and I guess food is part of that, so I guess it’s pretty high on my list.

The band’s fourteenth album, The Blood of Gods, was released on October 20, 2017, via Metal Blade Records. 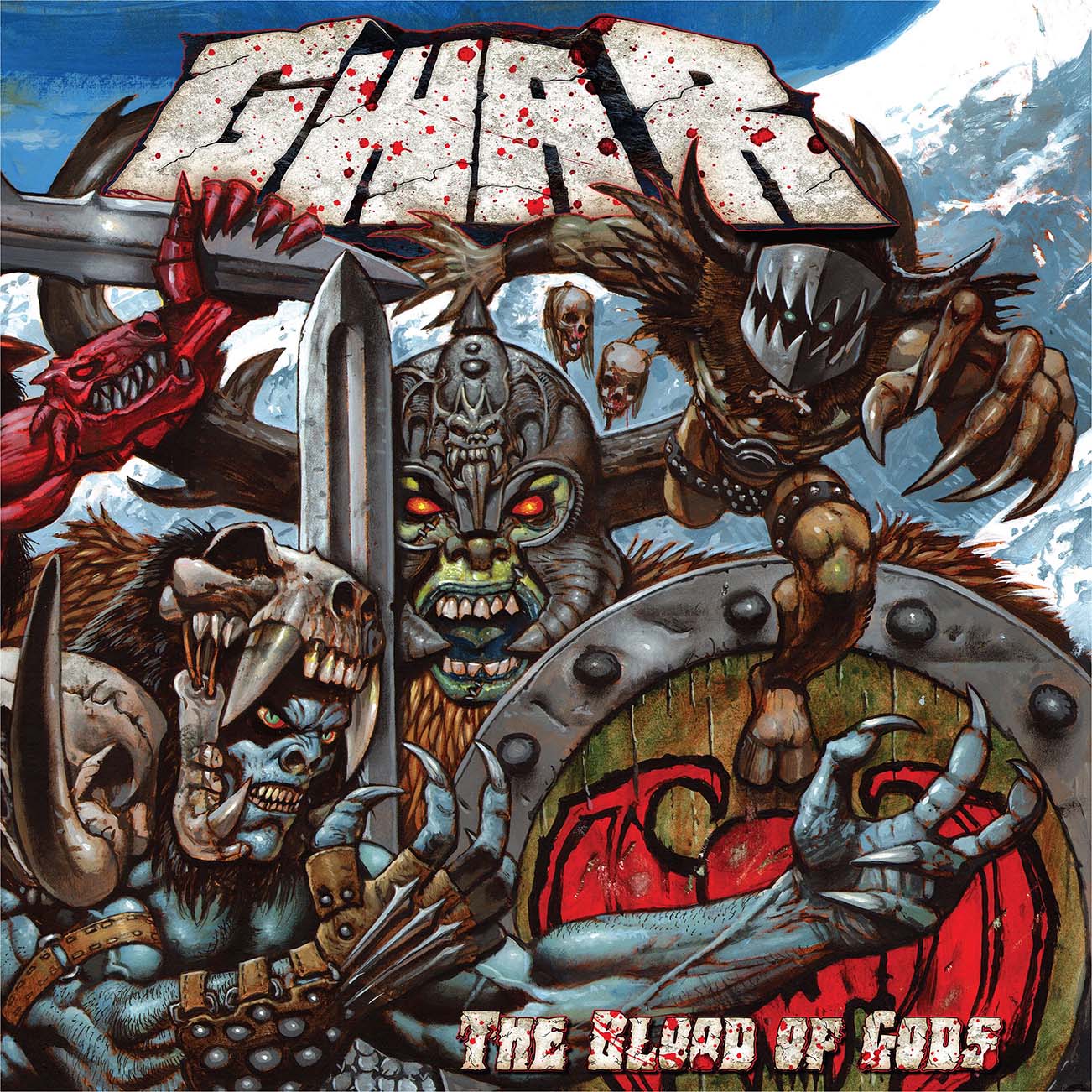 You’re based in Richmond, what are some of your favorite restaurants out there?
Blöthar: I eat at Mama Zu’s pretty much whenever I can. I like the ambiance. It is so romantic. I like the Hardees at Boulevard and Broad. Nippelus Erecticus works there making biscuits.

Do you have a favorite item on the menu at GWARbar?
Blöthar: I like the housemade seitan.

Finally, Blothar, any last words for the kids?
Blöthar: Yes, kids, come on, I will buy you beer and we can go play on the swing-set.

A visit to the almighty GWARbar…