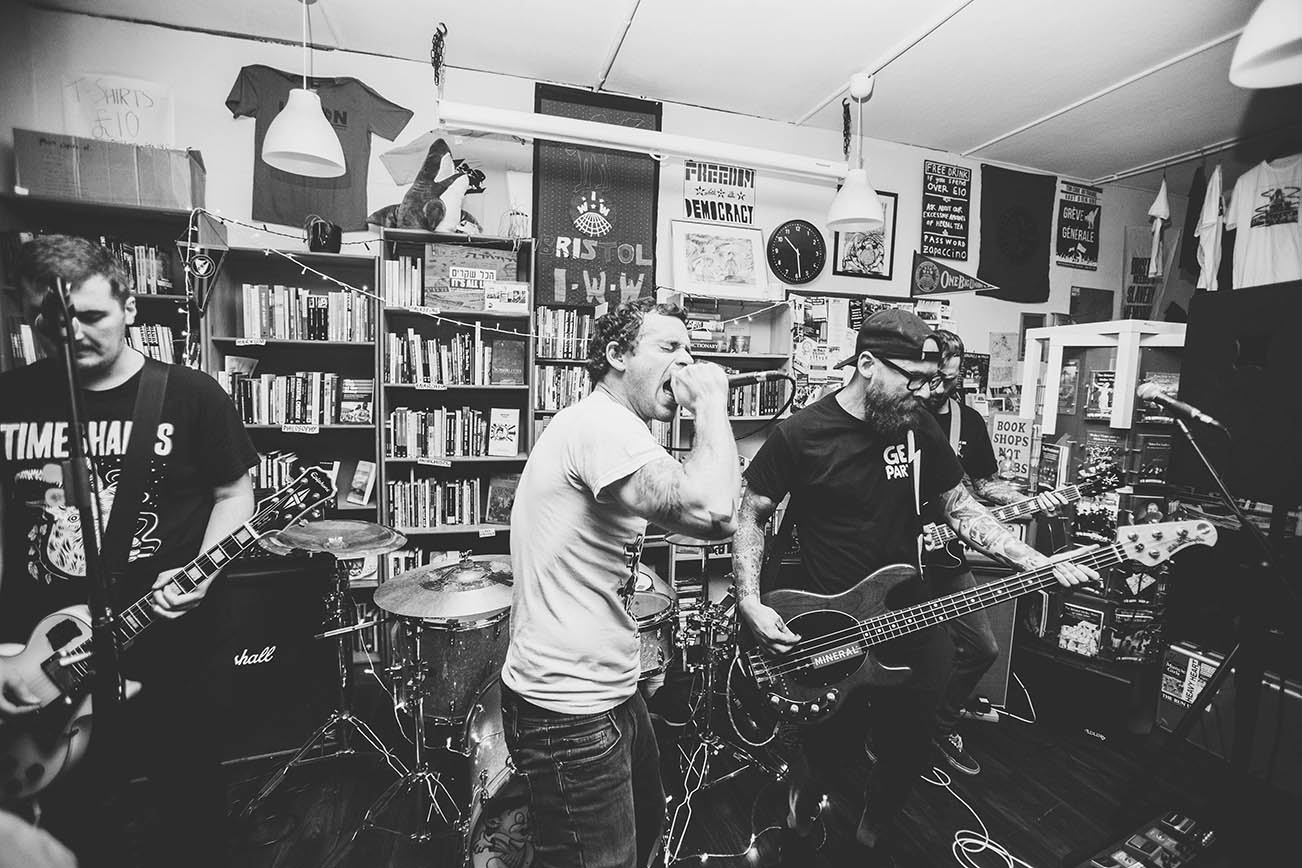 190 Proof Interview: Bristol Punks THE RUN UP Dish Out Details About Drinking on the Road

The Run Up is a UK five-piece made up of friends who like to make noise. If you’re keen on hearing “noise”, then you’ll probably love the sound of these DIY punks. Mark down September 28th as the release date of The Run Up’s latest EP, Good Friends, Bad Luck, five tracks of fun and good times. Describing the album, bassist Daniel Baker stated, “We feel that this is our most coherent record. It feels like we have really found our direction and ran with it.”

The name of the record is inspired by a lot of recent bad luck sustained by the band, including their tour van breaking down, being forced to miss shows and even getting robbed in Germany. Making the best of some unfortunate circumstances, the members realized that despite what they’ve lost, they still have the most important thing; each others’ support and friendship. We recently connected with the aforementioned Baker for a fun, lighthearted talk about drinking and having fun while young and out on the road.

Describe your worst hangover, ever.
Daniel Baker: Shit, there have been a lot. A bunch of years ago I went out on a Friday night in Bristol. I don’t really know what happened but things got wild. I was supposed to be travelling to Amsterdam on the following Monday for work, but I was just passed out in a stranger’s flat for three days. I remember being sick out their window which was three floors up. I got home three days later with one shoe. I was so surprised work sacked me.

Ever considered what the “Upside of Being Down” is? Well then check out The Run Up’s latest music video!

Do you like to write music with some drink in you? If yes, what?
Baker: Yeah! I normally sink a couple of ales on a Sunday afternoon and sit down with a guitar and start getting loose.

Preferred drink, if you had to put it down on a rider for the whole band?
Baker: Radler!! We are obsessed with Radler. We spend a lot of time touring in Germany and they are the Radler kings and queens. We recently played a festival and we drank about 80 cans between us in one day.

Best (or worst) drunk band story? Go!
Baker: It normally involves myself. I am very good at going AWOL in random cities on tour and not returning until three hours after we were supposed to leave for the next show. It happened when we played in Atlanta. I decided it was a good idea to go stay at a buddy’s house after the show. My phone died and the next morning so I was uncontactable. They thought I was dead or something. Sorry guys! We recently drank another band’s rider by mistake. It was kind of awkward and we got shouted at. They are a great band with a great tour manager but the gin eyes took over and we sank their gin. I don’t think we will be invited to play with them again. 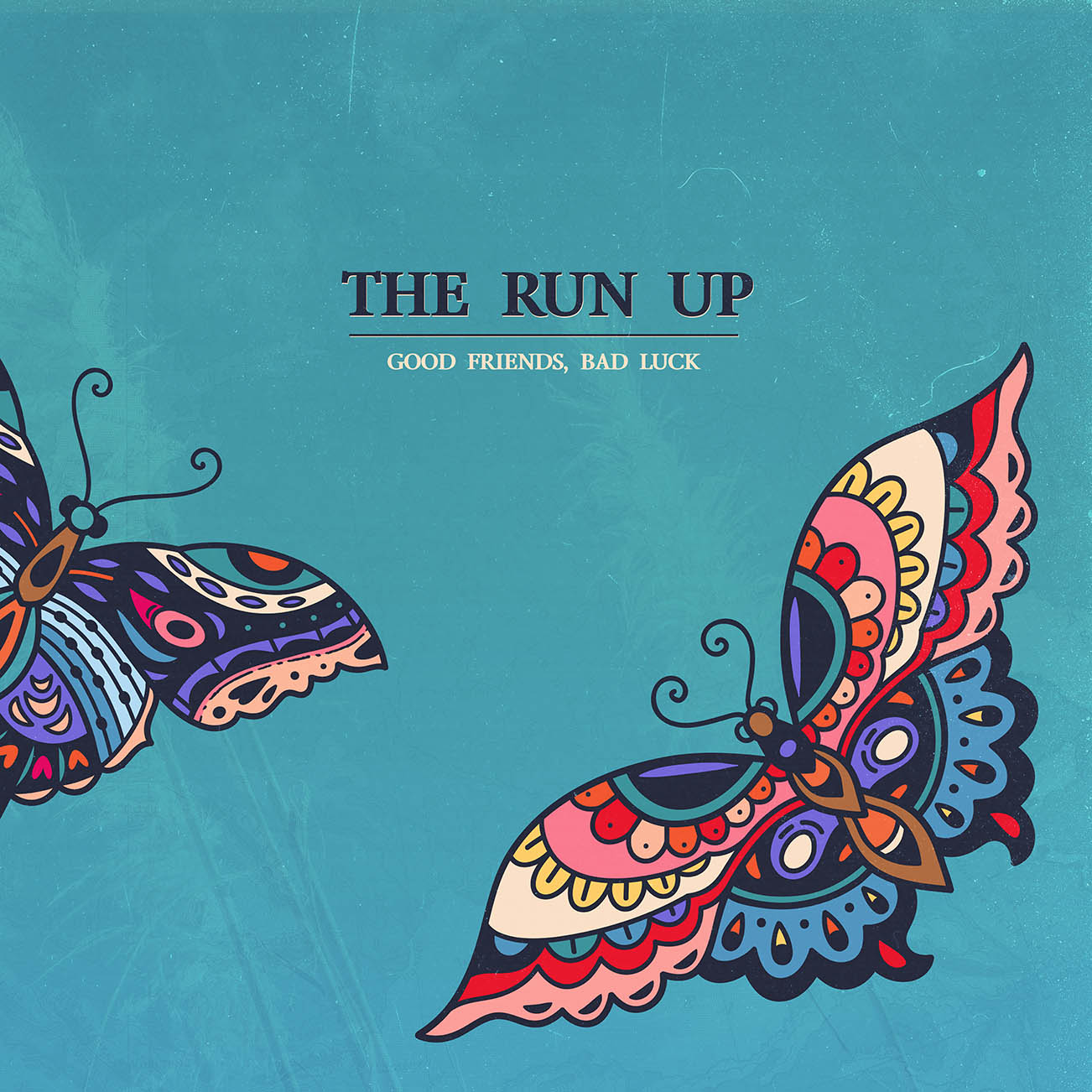 Best drink to get you obliterated?
Baker: Any kind of shots really. We are always like ‘no shots tonight’ but then end up doing a bunch. Never regret.

How long does it take you to detox when coming off the road?
Baker: About three days is the average for the hangover haze to stop.

A fan asks to buy you a drink in a bar, what do you choose?
Baker: It depends where we are. We’re all very much into trying new stuff and local drinks. Beer, cider, wine, shots… Something local.

What do you think about kids soaking tampons in alcohol then inserting them up their backsides to get drunk?
Baker: Wait. What. This isn’t true, is it? It can’t be true. Pics or it didn’t happen.

What’s your worst vomiting story?
Baker: On our tour with Uberyou we played a hometown show in Bristol and it got messy. We all ended up staying at the venue after the show dancing to ‘80’s pop. A lot of shots were consumed. I was sick on the street whilst the rest of the gang got food. And then I was sick about five times out the window of the van the next day. As soon as we pulled up to the venue for the next show I was sick. It sucked.

What’s the one thing you’ve done while drunk that would disappoint your mother?
Baker: Everything. A lot of bad life decisions have been made whilst drunk, believe it or not. Getting tattooed would be up there on the list.

Where’s the most embarrassing/strangest place you’ve passed out when drunk?
Baker: After we drank another band’s gin, we did the good thing and went to buy another bottle for them. I ended up falling asleep in a park on the way back. I did deliver the gin in the end but it was a bit later than expected and they had already gone to bed.

Who is the absolute shittiest drunk in the band?
Baker: (Drummer) Harry (Holder)! He’s so sweet but gets a tiny bit of rage and a little bit of “tell me to do something dumb and I’ll do it.” It can end badly.

What’s your favorite “guilty pleasure” drink? (ex: pina coladas)
Baker: We like pretty much all cocktails. Not sure if that counts as guilty. Berlin Air is great too.