Spooky Cool may only be a three-year-old band, but the Richmond, Virginia-based five-piece has already garnered a lot of attention. Touring has been done alongside the likes of Lucy Dacus, J. Roddy Waltson, Girlpool, Post-Animal and Palm; Walston has been supportive along the way, stating “I love Spooky Cool! They’re one of the raddest bands I can think of right now.” Meanwhile, the group’s five-track debut EP Every Thing Ever was released last month via Citrus City Records. On behalf of PureGrainAudio, I had the pleasure of doing some Q&A with Spooky Cool’s lead singer Zac Hryciak.

Your new EP was released on August 3rd. How long did you spend working on it?
Zac Hryciak: We finally released our EP last week after working on it for about three years. We started writing the songs before the band lineup was perfected. Illness, data corruption and lineup changes made the recording process an onerous one. We went through two different mixes and three different masters before settling on the one that has been released, but I do believe it was worth it.

Have a sip of some of Spooky Cool’s tasty “Black Wine”.

Was it ever the plan to release a full-length instead of an EP?
Hryciak: Originally, the plan was definitely to release a full-length, but after some time we thought it best to cut back on the amount of songs we were going to produce. That being said, the EP is only five songs but in total it is 30 minutes long, so we still tend to look at it as a full record. There was a lot of talk about doing two EPs back-to-back, kind of sister albums that would not be out of place when played in succession, but the album took so long that we sort of stopped talking about that. It’s been brought up again recently and we are planning on releasing a follow-up EP as soon possible so it might still come to fruition.

Promoting the EP aside, what is coming up for Spooky Cool?
Hryciak: Honestly, after this record cycle we plan on going back into our hole to write. I have a lot of material waiting to be explored and perfected, and we plan on releasing as many songs as humanly possible over the next couple years. That has a lot to do with the fact that this EP took so long, but we don’t want to lose the momentum from this album. We would like to be recording the next EP in December of this year and to start releasing singles again next summer.

Every Thing Ever was released on August 3, 2018, via Citrus City Records. 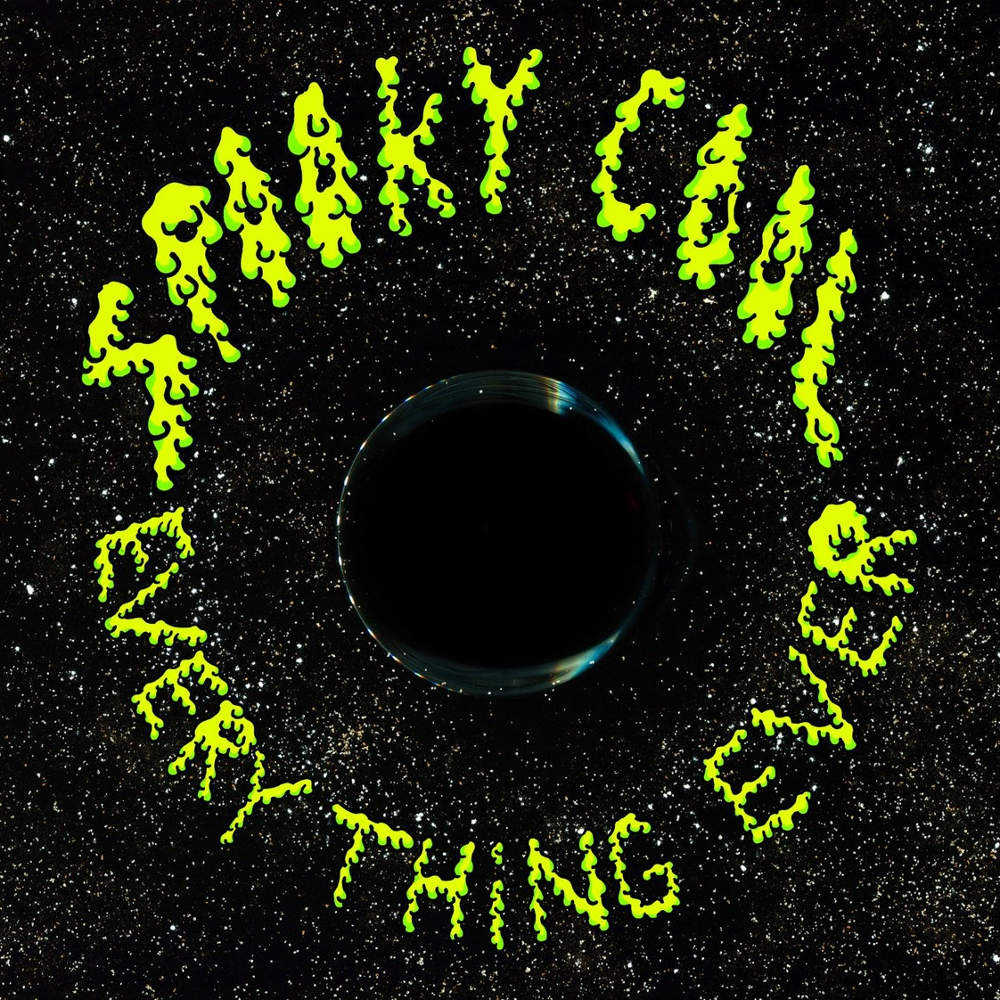 Your band is based in Richmond, Virginia, which I believe has also been home to GWAR, Sparklehorse, Cracker, Lamb Of God, D’Angelo and Aimee Mann at various times. Is that all a coincidence that all of those people came from the same area? Or is there a fantastic music scene more people should know about?
Hryciak: Indeed, there is a fantastic music scene in Richmond. Beyond all the big names who have made their history outside the city, there is a lot of young up-and-coming talent being bred here. Lucy Dacus, Sammi Lanzetta, McKinley Dixon and Camp Howard, just to name a few. Richmond is a very art-focused city and it makes for a very supportive and creative community. Most everyone I know is an artist and we all encourage each other to be prolific.

When not busy with Spooky Cool, how do you like to spend your free time?
Hryciak: I spend a lot of time outside of the band with my partner. She is very supportive and I wouldn’t be where I am today without her. I read as much as I can and I love to cook. I have to remind myself to write sometimes because I get distracted with life in general, but I lead a fulfilling life albeit a somewhat-penniless one.

What was the last concert you attended for fun?
Hryciak: The last show I went to was when Deerhoof was last in Richmond. What an incredible show. They are a band that has undeniably framed my writing in more ways than I can count. We would have loved to have played that show, it is the ultimate dream to open for Deerhoof.

Check out another track from Every Thing Ever with “Strange Rooms.”

Is there something you wish more people knew about Spooky Cool?
Hryciak: I wish people knew that Spooky Cool is pop music and not prog-rock. There are some awesome prog rock bands out there, but I don’t think we fit that category just because our music is challenging. We went on a southeast tour last year and were linked up with several great bands but they were mostly prog-rock. We have to walk a fine line, for some people, we are too technical for consumption, but for prog-rock fans, we are not nearly technical enough. It makes playing to a particular crowd of a particular genre difficult, especially because we don’t have one.

Finally, Zac, any last words for the kids?
Hryciak: My last word for the kids is go vote. Fuck Donald Trump and the rest of the despicable, majority scum in Congress right now. Register and vote. Celebrate democracy because you might not be able to much longer.