We’re proud to bring you the worldwide exclusive stream of the new Son of Hawk self-titled album which releases worldwide tomorrow, on Friday, August 3rd, 2018!

The South African rockers have been making waves in the scene with their punchy riffs and power tunes. The band are only celebrating their first year of existence but that doesn’t mean they’re rookies in the growing scene. The trio; Heine van der Walt (vox and guitar), Ashley Hilton Jacobs (bass) and Nathan Combrinck have been honing their skills for many years in different genres.

Their first offering as a band is a killer with mashed-up influences from international acts such as Clutch, Black Label Society and Royal Blood. The album also features other prominent South African artists such as Albert Frost and André Kriel from The Black Cat Bones, Jaco Mans from Tidal Waves, and William Bishop from Fuzigish. So, long story short, you’re going to want to check this one out posthaste.

Says the band of their new album Son of A Hawk: “We are extremely excited to be streaming our album exclusively from what is probably one of the most reputable online publications for alternative music. We hope you have as much fun hearing it as we have had creating it.” 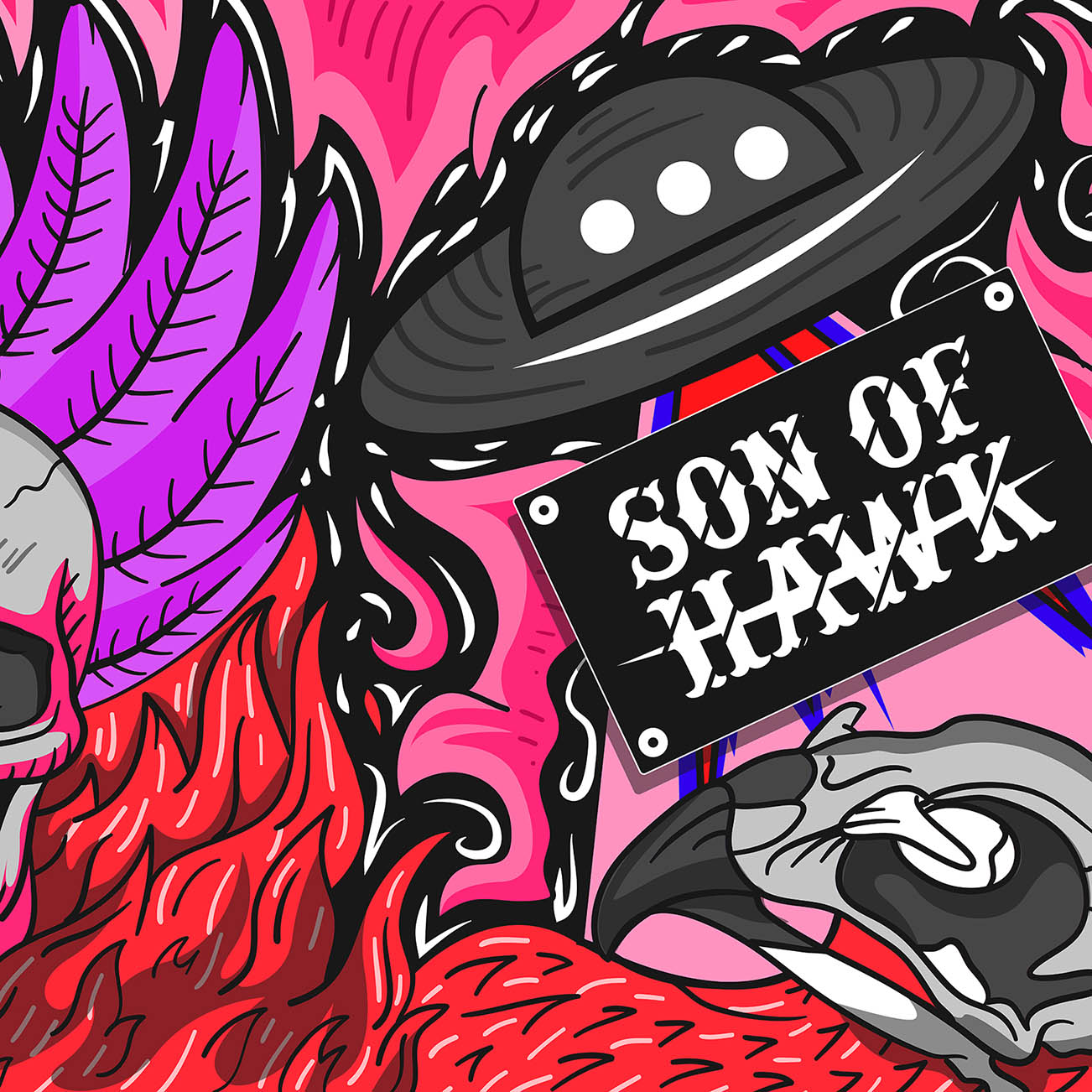