Road-Ready Listening:
– Be sure to enhance your viewing/reading experience by streaming Migos’ most recent LP, Culture II, released on January 26th, 2018, via Quality Control.

About the Painting:
– My introduction to Trap Music (or Southern Rap or “Hot-lanta” sound) really came from tracks from the 1993 movie Menace to Society soundtrack and early songs from Outkast. It has grown so much in the last two decades, moved forward by classics from 2 Chains and T.I. . Migos has taken trap to another level and really created an entire new genre in Southern rap.

Takeoff, Quavo and Offset, the three members that comprise Migos, are full-fledged superstars! Introduced to the world five years ago by Drake, they are now co-headlining with him on a world tour. Their sound and style are contagious and influencing a whole new generation of MCs. Their songs “Bad and Boujee” and “Stir Fry” blew up and established them as the future of rap. I wanted to capture their unique style as well as their music in this portrait. -Damon Kardon

Package #17: “Culture II”:
– Check out Damon’s creative process by scrolling through the photos below. 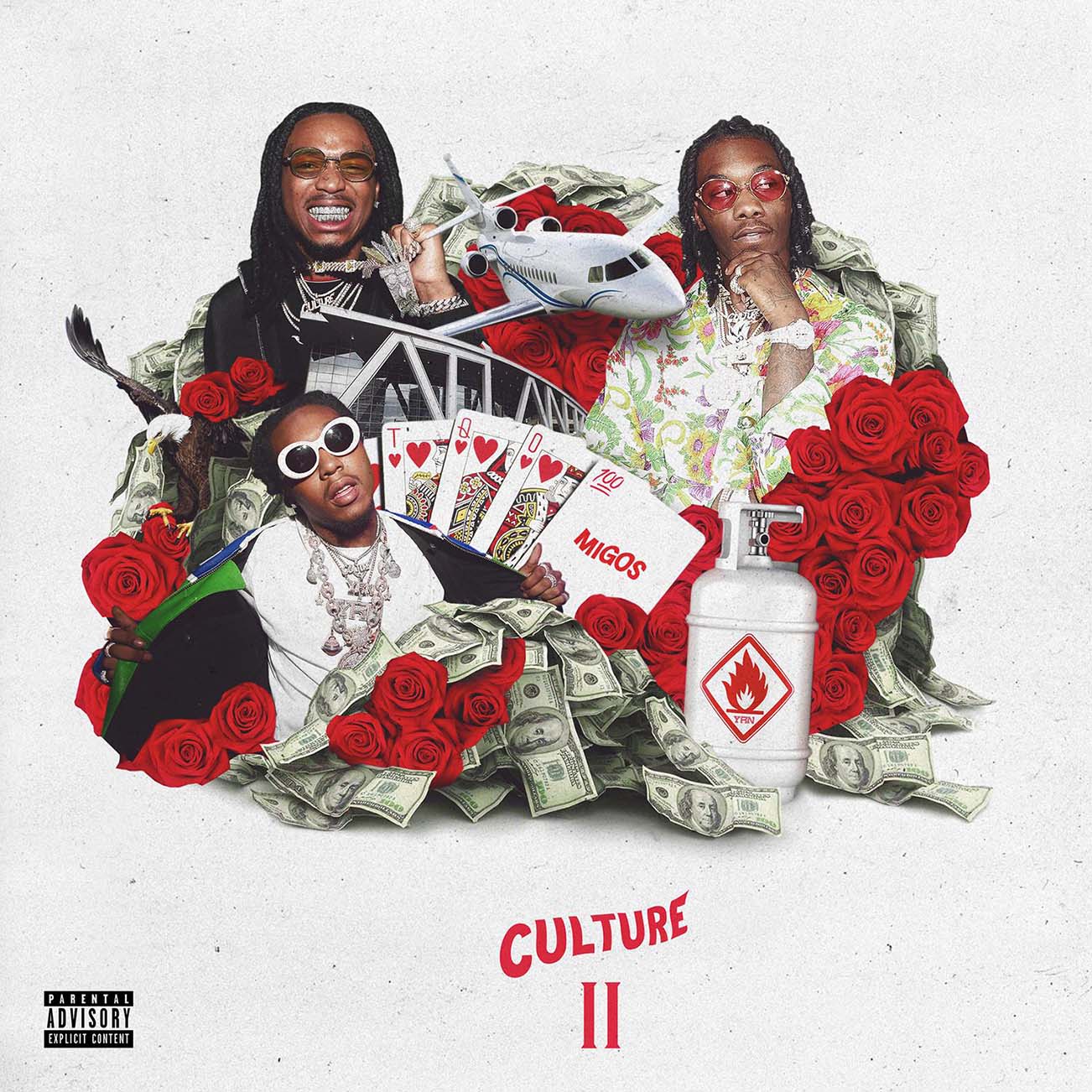 – Coming up in Package #18… Halestorm