About the Sketch:
– My favorite band is Deftones and, a while back, I paid $100 extra (on top of the $50 for my ticket) for the “Diamond Eyes VIP Experience”. My friends and I showed up to the concert venue early (along with about 20-30 other fans) to get to experience their soundcheck. We were then given autographed, limited edition posters, autographed set lists, a VIP laminate, and Deftones guitar picks in a Deftones pick-case. Before the show, we also got a photo-op with the entire band.

I was extremely happy to meet the band and for all of the swag. It was the best $100 I ever spent. Now, as we flash-forward to present day, we find that artists (big and small) make most of their money touring. Some of today’s most prominent acts seem to be charging quite a lot on top of their sky-rocketing ticket prices for their meet-and-greet packages.

Check out the full-resolution version of the PENsive #6 sketch. 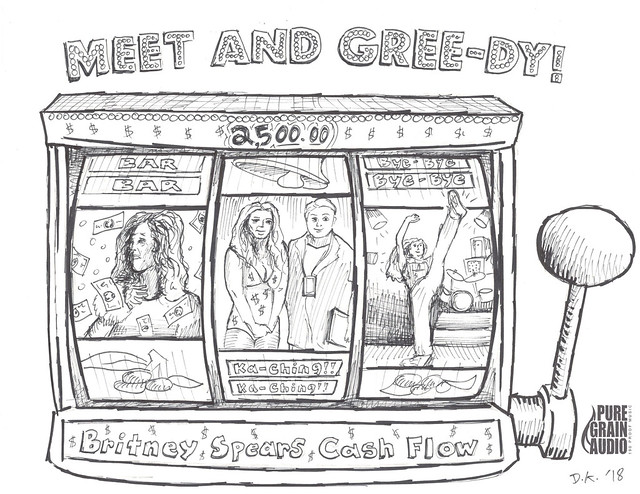 For the equivalent price of a used Chevy truck, you can get a laminate and a picture with Britney Spears. In a recent article in Rolling Stone, they quote her VIP package at $2500.00 and that does not include a ticket or half the items I got when I met Deftones. Now I understand there is a scale of how popular a band or artist is in relation to their pricing, but artists like Taylor Swift and Katy Perry are already charging astronomical prices to get a seat in the nosebleeds of their shows.

If the music industry is struggling due to music downloads and CDs no longer being profitable, find a new way to make more money or maybe strip down the cost of your production. Ultimately, people want to see you and hear your music. Find a way to make it more affordable to the common folk and not just millionaires. – Damon Kardon