From the first note that WND WRD played, the crowd was engaged and responsive – Clapping, singing, dancing, and hollering for the local Kailua band that had just made their debut in a makeshift venue behind  the town’s favorite coffee shop. With the sun setting over strings of lights strung across the parking lot, WND WRD took it all in stride and gave a performance as if they were performing on a New York stage. 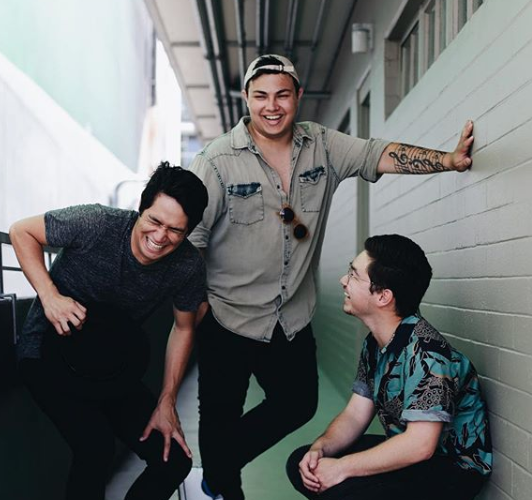 Reminiscent of boy bands of the early 2000’s, WND WRD demonstrated a pop-rock vibe that was easy to jam along with. The musicianship displayed by each band member was astounding, and it quickly became clear that the boys of WND WRD were each accomplished musicians in their own right – having complete and total ownership of the electrifying solos, strong bass beats, and dynamic drumming that took place in each of the songs.

Paco Coulson – lead guitarist and vocalist – exhibited dynamic and energetic vocals for each of the original songs that the band had written. Sabrina, a friend of the band, was introduced for a few songs and displayed powerhouse vocals that brought a powerful femininity to the otherwise all male group. The drummer, Trevor “The Law” Ahern, kept a strong and creative backbeat for the soaring and intricate solos of the guitarist Onipa’a Gaudia. The songs were each masterfully produced by Tait Ferge, who also played a dynamic role in supplying all of the additional instrumentation for the group. It is safe to say that WND WRD was formed by a collective of talented individuals bringing together their unique skillsets as a creative outlet of collaboration. 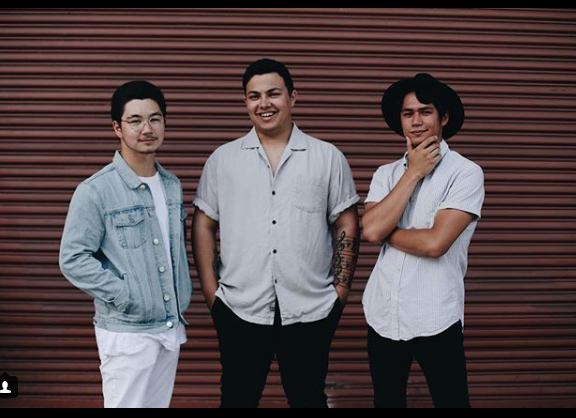 More than musicianship, they each possessed their own unique stage presence that was the key to their energetic performance. Bouncing around the stage and interacting with each other and the crowd, it became clear that WND WRD was enjoying their performance just as much as the audience did. Their personalities really came through in between songs when they told the stories behind the songs that they had written and kept the crowd in a lighthearted mood with their relatable anecdotes.

Overall, WND WRD is a force to be reckoned with. Having released their first single, “Clarity”, this band is on the road to greater success with music that is set to be released later this year. Although their music is what got us hooked, their genuine enjoyment of performing is what made us stay. WND WRD is a fresh breath of air in today’s indie music scene and is a performance that you definitely don’t want to miss.

Support WND WRD by following them on the links below: