From the streets of Dublin, Ireland comes singer-songwriter Eoin Glackin, a musician who focuses on writing alternative pop songs ranging from the personal to the political, drawing on the influences of classic acts such as Johnny Cash, contemporary acts like Beck, and other influential solo artists. Aside from his solo career, he has helped write hits for Irish musician Derek Ryan which in turn helped to add a country element to his songs.

Eoin writes songs from the perspective that there is no one right or proper way of living or thinking and that there are multiple methods of seeing your own truth. Expanding on this idea, he tells us, “there is no one way, one opinion, one universal identity that’s right and this song is about that realization and challenging yourself to find your own truths.” The true culmination of Eoin’s years of hard work will come on September 28th with the release of his latest full-length record Fires of Innocence, which you can grab via iTunes.

The album Fires of Innocence will be released on September 28th. 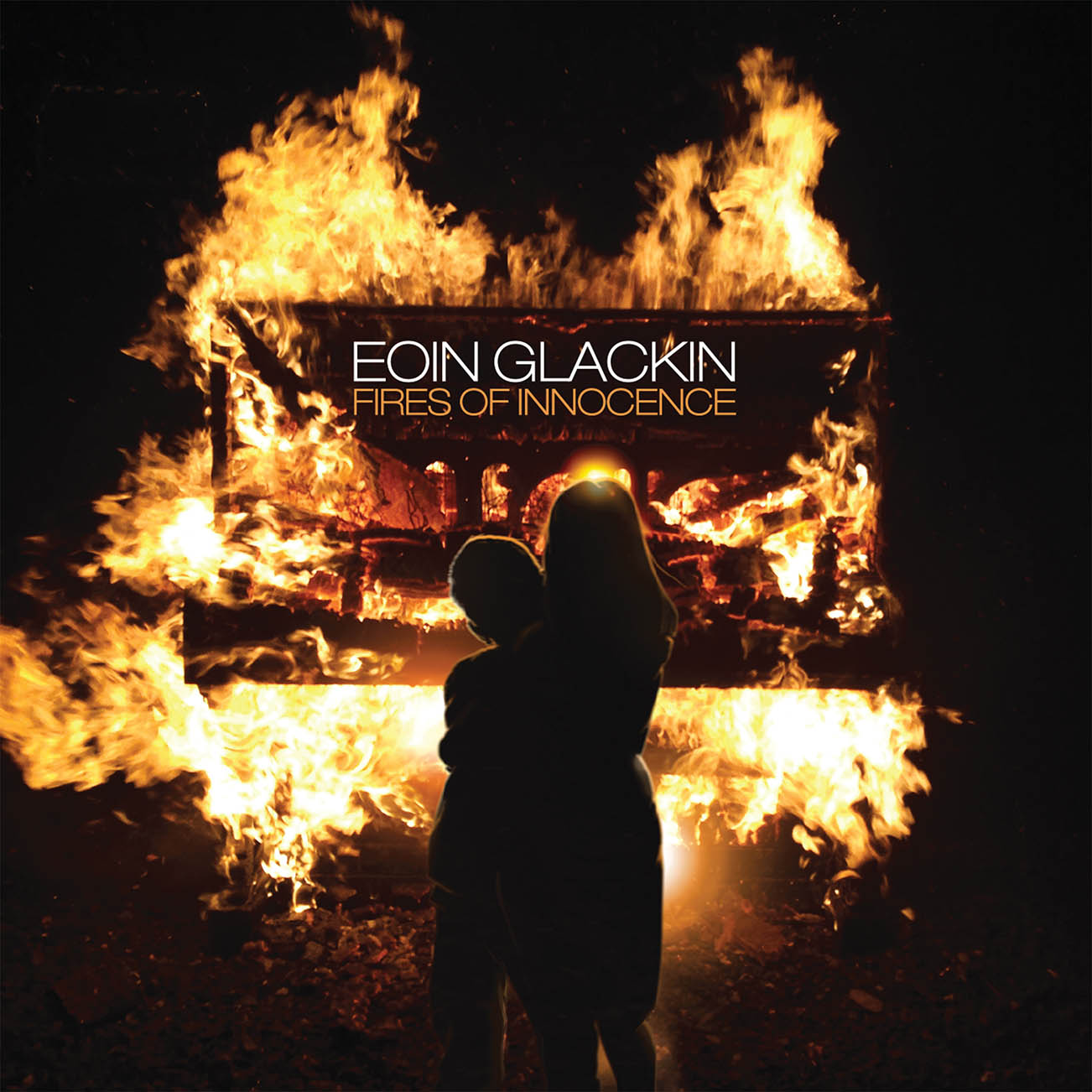 What one piece of gear do you find indispensable?
Eoin Glackin: Lately, certainly live as I’ve been touring as a solo one-piece act quite a lot, my custom suitcase kick drum.

What about it makes it so important to you?
Glackin: It gives an added level of energy to my solo gigs. It’s built to the size specifications of carry-on luggage for most air lines too, which is a win. I love the feeling of being so portable but also being able to get a relatively full live sound with what I have.

What are the major pros and cons?
Glackin: The flexibility of not “needing” anyone else on the road with me so I can get up and go play wherever, at the drop of a hat. It’s definitely nice but it is by no means a substitute for having a real drummer and band behind me, which I also do as often as possible. It’s nice to have both options.

How long have you had it, how do you use it?
Glackin: I’ve been using this current one-man travel rig for about a year. An Irish Cajon maker, M.Melley, built it for me to spec. I play the suitcase/drum with one foot and a tambourine with the other and all the bits and pieces, pedals etc., fold up back into the drum and away I go. There’s even room for my socks and underwear (if I wore any).

Do you have a backup for this gear? If so, what?
Glackin: I started off using stomp boxes to get that bass thump but wasn’t mad about them. Then I bought the Meinl Bass-Box which is very close to what I have now. That fit into my carry-on case but left me with no room for anything else, like clothes, gear, etc. That’s when I went on the hunt for something I could store gear inside and also use as the drum itself. If I ever need my current rig to be mended or whatever I can revert back to what I used before. Or, of course, I could just bring an actual drummer!

Give us your best “gear goes wrong” story.
Glackin: I was playing some crappy gig with my first band from school. I was feeling pretty punk rock at the time and at one point decided to headbutt the microphone. It just felt right, what can I say? The microphone stand toppled over and the microphone ended up in the pint glass of the person sitting in front of me and broke. Turns out it was the only microphone anyone had and the rest of the gig had to be cancelled. I wasn’t very popular that night. That’s more of a “me goes wrong” story really, isn’t it?

You gotta “Wear It While You Can,” right? Check out this music video from Eoin.